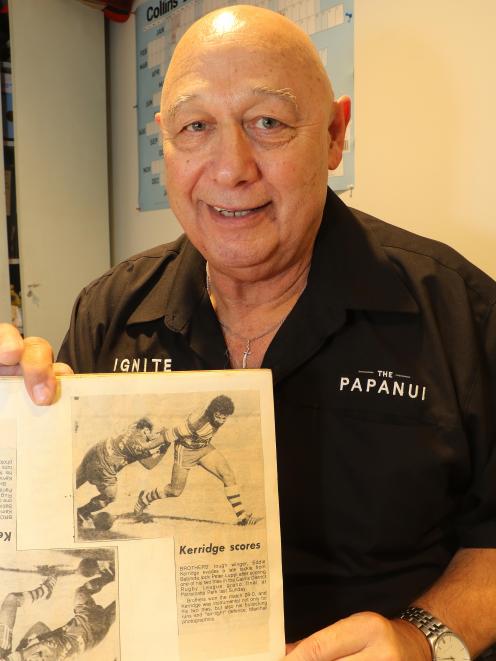 Eddie Kerrigan points himself out as Eddie Kerridge in the Brothers premiership-winning team photo of 1979. Photo: Star News
The Papanui Tigers are one of Canterbury rugby league’s most celebrated clubs. To coincide with their centenary this year, the code’s noted historian, Christchurch journalist-turned-author John Coffey, has documented a proud history in Tiger Tales. Chris Barclay reports.

Eddie Kerrigan jovially puts the record straight these days, admitting he played under an alias when two Kiwis contributed to a rugby league premiership-winning side in North Queensland.

Kerrigan and Bruce Dickison left Christchurch for Australia in 1979, with the goal of reaching Perth, then a launching pad for cheap air travel further afield.

Instead the New Zealand internationals ended up on the opposite coast up in Cairns, where they parked up their Volkswagen Kombi van and decided to try and have a run in the local comp.

Brothers appealed because they had clubrooms and solid work on Queensland Rail. Their first grade rivals for the Foxwood Cup and Camel Filters Shield basically operated out of pubs.

Because Papanui stalwart Kerrigan played three tests against Great Britain in 1974 and Dickison was a World Cup squad member in 1975, the duo were subject to a New Zealand Rugby League-imposed transfer fee.

“I think it was $27,000. We were still on their (NZRL) books and at the time they were losing quite a few players to Australia. They put the fees on as a deterrent,” said former wing Kerrigan who works as gym manager at The Papanui. 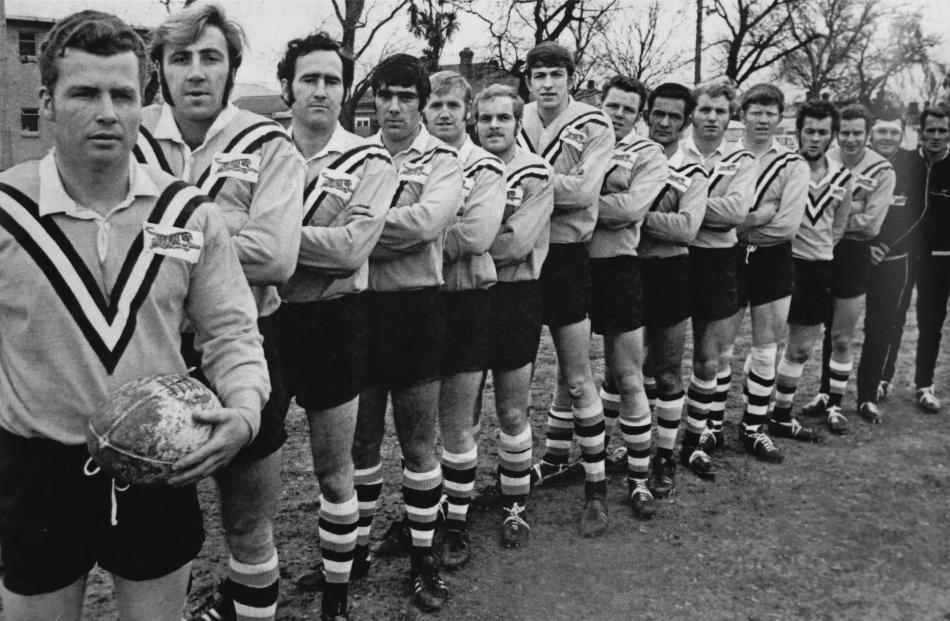 B Dixon was listed among the absentees in the photo, the centre returned to Christchurch before the 28-0 win over Babinda to continue a club career with Eastern Suburbs that yielded 125 tries.

Dickison toured Great Britain and France with the Kiwis in 1980, where he played the last of his seven tests in Toulouse.

Ultimately Dickison’s mid-season departure exposed the flaw in their cunning plan - the bank accounts for wages and $60 per win payments could not be accessed because they had no identification for the names “Kerridge” and “Dixon”.

Kerrigan, who played in six of Papanui’s seven grand-final triumphs during their golden era in the 1970s, said a Brothers connection at the bank freed up the funds, while their teammates and coach, Stan Williams, remained oblivious. 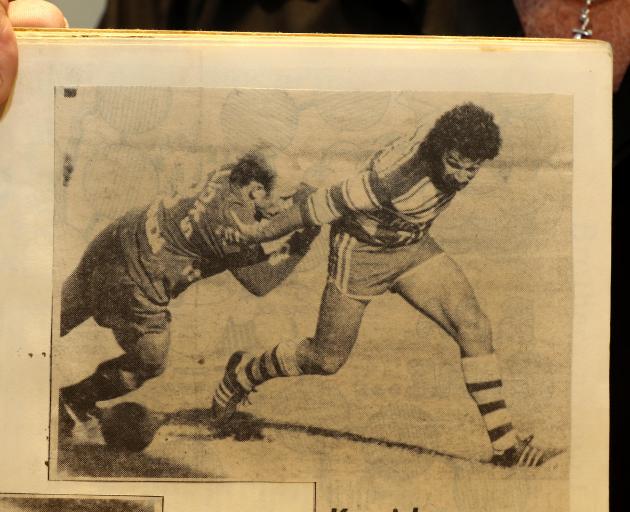 Eddie Kerrigan in action. Photo: Star News
Williams’ son Chris captained the side and learned about the subterfuge by accident around 1981.

As Kerrigan, who was fortunate to survive a heart attack and an abdominal aorta aneurysm in 2013, told Coffey: “He knew Bruce and I came from Christchurch and he somehow found his way to the Papanui pub. No one there knew an Eddie Kerridge but Tubby Wilson showed him some Papanui team photos on the wall. Chris said ‘That’s him, but his name should be Kerridge, not Kerrigan’. We caught up and I told him the whole story.”

Kerrigan, who turns 68 in October, revels in outlining the deceptive play.

“No one knew we were Kiwis, they thought we were just a couple of New Zealand boys who came over for a game. We started off in third grade and they said: ‘My God, you boys are good’.

“The next week we were on the premiers bench, a week later we were starting,” he told The Star.

There was another twist to the tale when Kerrigan’s daughter Anita joined the police in Cairns and ended up in the same command as her father’s former halfback, the now retired Senior Constable Glenn Schwartz.

“She has many of my mannerisms and he (Schwartz) took one look at her and said: ‘I know you from somewhere’,” Kerrigan told Coffey.

“Next day he brought in the Brothers 1979 team photo. There I was, and there he was, sitting in the front row . . .  he is obviously a great detective.”

Coffey also has an eye for detail, with the 124-page publication replete with the club’s high and low points from its formation as Waimairi following a gathering of nine people in a billiards saloon.

The club was promoted to the senior grade in 1927, where they were runners-up to powerhouse Hornby, and rebranded as Papanui in 1947 – 24 years after the area was granted suburb status. Papanui celebrated their first premiership in 1957, with a squad that featured then teenager Jim Bond, a stand-off who played 14 tests for the Kiwis from 1961. 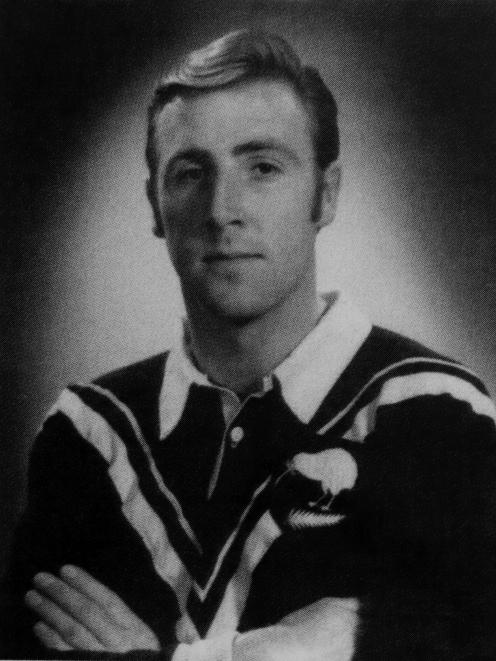 Rod Walker. Photo: Supplied
Rod Walker, who won three titles as player-coach from 1975 to 1978, is also spotlighted for his successes and club level, and luckless experience with the Kiwis.

The gifted back rower was limited to just three cameos in tests, after debuting as a 19-year-old against the Kangaroos in 1969.

He was replaced at halftime in the series opener at Carlaw Park and then played Great Britain twice as a replacement in 1970, and at the 1972 World Cup.

Walker had been chosen for the 1970 World Cup in Great Britain but he broke an ankle playing for The Rest XIII against New Zealand.

“He was unlucky. He was a great player, he could read the game, we just had to expect the passes,” Kerrigan told The Star.

Papanui players selected after they left Papanui Domain are headed by redoubtable prop Mark Broadhurst (1979-83), who bookended his career at the Tigers either side of professional stints in Australia and the UK.

Former players who have died are also remembered.

Williams died while holidaying on the Chatham Islands in 2001, less than a month after his 47th birthday.

=Another valuable player from the club’s most successful era, Barry Craig, died aged 67, when the Pyne Gould Guinness building collapsed during the February 22, 2011, earthquake.

‘I’ve got faith in them’ 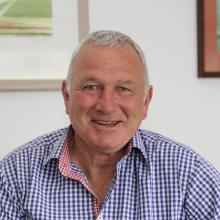 Mike Godinet.
Mike Godinet reckons he was the odd man out when Papanui ruled Canterbury rugby league during the 1970s, and he hopes this generation’s struggles are also an aberration.

The front rower, who played 287 premier grade games for the Tigers including six grand final victories, sold cosmetics and hair care products to city pharmacies and salons to set him apart from his freezing worker teammates.

“My job was a far cry from the blood and guts of the slaughterhouse,” said Godinet, who admits the Tigers 2022 campaign is also grim.

Unfortunately, they are on track to match the 2021 squad record of losing all 14 regular season matches and had to default for the second time this campaign last weekend, when they were drawn to play Hornby.

After seven rounds the Tigers have scored 24 points and conceded 420.

“From an old member’s perspective it’s pretty tough to take those sorts of results when you think about the history of the club,” said Godinet, a golf events promoter, who is a member of club’s centenary committee.

“All clubs go through ups and downs, and looking on it’s pretty tough. Hopefully the people there at the moment ... I’ve got faith in them, they’ll get it cracking.”

Once he joined a crack side in the early 1970s, he missed just one grand final – the decider Papanui lost to Eastern Suburbs in 1975.

“I’d been suspended the week before, I got four weeks,” he recalled.

“In the semi-final (against Linwood) there was a big punch up on the sideline and I suppose someone had to get blamed for it ...”

Papanui planned to hold their centenary celebrations at Easter weekend, though Covid-19 has pushed back the events 12 months. 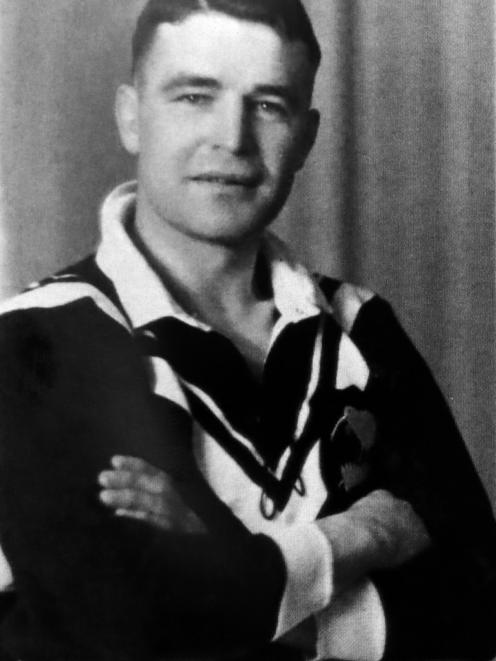 Rex King. Photo: Supplied
Kiwis captain becomes World War 2 hero
Rex King left Christchurch in 1939 to captain the Kiwis on their tour of Great Britain and France, and two games later he was heading home to enlist after helping sandbag windows at a hospital team’s near the team’s English base.

A cornerstone of the Waimairi forward pack who also played rugby for Canterbury, King, then aged 30, joined the army at Burnham and two years later he received the Military Cross for gallantry during the failed bid to repel Germany’s invasion of Crete in 1941.

King’s bravery was recognised after he led a counter-attack at Galatas, as noted in Ron Palenski’s 2013 book Men of Valour, an account reproduced in Tiger Tales.

“King and another platoon commander, Sandy Thomas, had tossed a coin to decide who would lead the counter-attack at Galatas. It was not recorded who won the toss, nor did it matter for both went hell for leather at the Germans anyway.

“It was the last fight of the war for Rex King . . . shot through both legs, he was taken to hospital then to a prisoner of war camp in Germany.”

His battalion commander, Lieutenant Colonel Doug Leckie wrote to King’s wife: “By his fearlessness – he did not know the word fear – bravery, initiative and leadership he saved many casualties and endeared himself to us all.

King learned he has been awarded the Military Cross in December 1941 while in Germany, during which time he focused on writing.

“A master’s graduate from Canterbury,” Palenski said of King: “His forte was academic essays and once he wrote about industrial design won a Royal Society of Arts prize in 1943.” 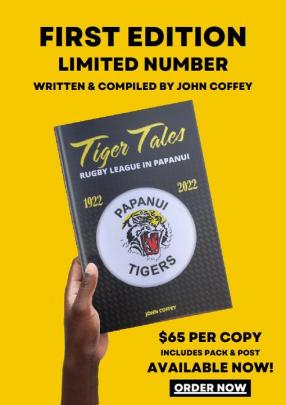 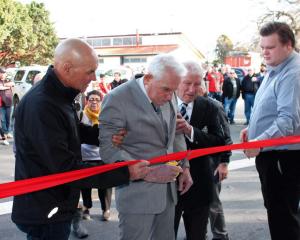 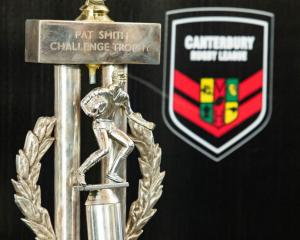 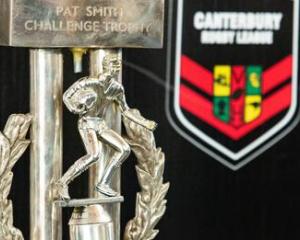 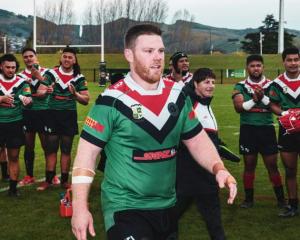 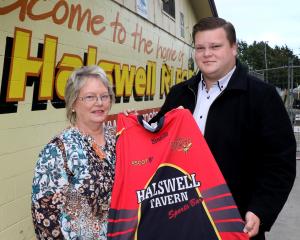