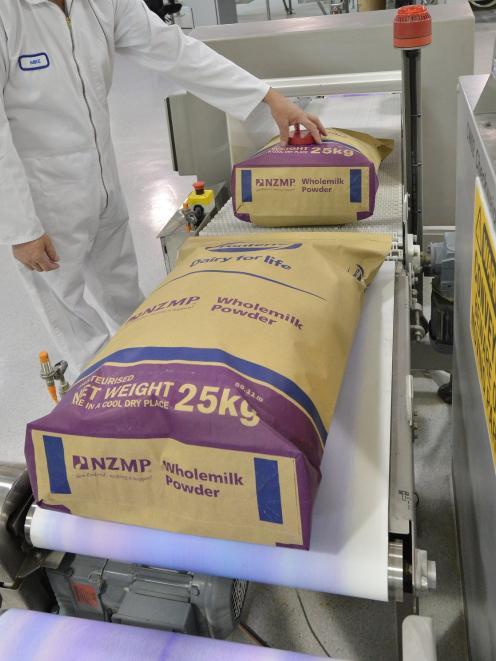 The regulator reviews the milk price manual at the start of each season to make sure Fonterra is calculating its farmgate milk price in line with the regulatory regime. The final report on the latest season's manual gave the dairy processor a 'pass' mark, saying there were no major concerns over the latest amendments.

However, the commission said it will take a closer look at Fonterra's disclosure of sales outside the GlobalDairyTrade platform, which rival processors complained about during the submission process.

The report said Fonterra hasn't consistently met its commitment to publish quarterly forecasts of the cents per kilogram of milk solids impact from including off-GDT sales of whole milk powder, skim milk powder and anhydrous milk fat in the milk price calculation.

"The commission expects Fonterra to meet the commitments it has made and therefore encourages this quarterly forecast information to be published going forward," it said.

The regulator also wants to better understand the costs associated with changing environmental considerations, such as resource management requirements. It will also investigate how Fonterra is responding to changes in energy policy and markets where the pace of change is accelerating.

In its draft report, the commission raised concerns about Fonterra's lack of transparency on decisions to mothball plants and how that affected the milk price calculation. That could be a problem for independent processors because surprise mothballing decisions can create volatile milk prices.

Today it said it will monitor what actually happens when assets become stranded, effectively becoming no longer needed, compared to its theoretical models. It will then hold a more substantive review.