Federated Farmers president Peter Langford said it was well known that Westland suppliers, particularly in the Grey Valley and Arnold Valley, had been talking to Fonterra. Photo: supplied

The West Coast Federated Farmers annual general meeting in Greymouth this week heard that Westland suppliers from Inchbonnie and Rotomanu in the south and Springs Junction in the north, were being courted by the country's largest dairy co-operative, which has a massive milk powder factory at Darfield.

Fonterra scouts were on the West Coast several years ago, but at that time few local farmers were tempted.

Federated Farmers president Peter Langford said it was well known that Westland suppliers, particularly in the Grey Valley and Arnold Valley, had been talking to Fonterra as the dairy giant made a foray into Westland Milk's home patch.

A large agricultural machinery supplier had also relayed how one significant West Coast customer had recently notified their switch to Fonterra. As a result, the book value of their property immediately shot up, with the prospect to their bank of "far better returns and income", Mr Langford said.

He expected some suppliers would switch because they no longer had the same loyalty to Westland after years of low payouts, despite being co-operative shareholders.

"Someone said to me, we're not volunteers. Westland Milk Products have to do more." 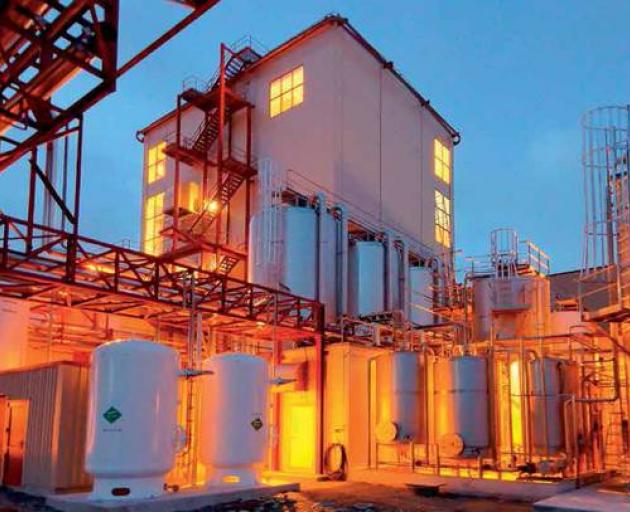 Westland Milk chairman Peter Morrison, a Canterbury-based farmer, said they knew of approaches by Fonterra to a number of shareholders. Photo: supplied

Trading conditions had improved recently but that may be "too little, too late" for those up against it.

"The dollar has dropped a little since the coalition budget was presented so that might help WMP get us a better payout result," Mr Langford said supplier loyalty was "pushed to the max".

"(Westland Milk) needs to get better at the job they do really quickly to retain our current suppliers. This is critical to (Westland's) future. Maybe it's time for a small farmer advisory group to be formed."

The risk was smaller suppliers and those at the extremities of the West Coast milk supply area losing out if Fonterra effectively 'creamed' a central supply pool from Westland's current shareholding base.

Westland Milk Products needed to assure shareholders it had a sustainable financial model "for the good of all".

Dairy section chairwoman Renee Rooney, who stepped down at the annual meeting, said West Coast farming had dealt with several disruptions in the past season, including two cyclones, and the uncertain direction of Westland Milk Products and its sustainability was another disruption.

Shareholders had "respectfully" in the past 18 months given the new board and management breathing space to get a plan in place, but the 10-year future was an open question, Mrs Rooney said.

"Will changes at (Westland Milk) see a sustainable co-op, returning a competitive payout of at least $6-plus every year going forward? Let's hope so, otherwise farmer cups of tea with our processor cousins might occur more regularly."

Mrs Rooney said all the talk invariably meant there had been "a lot of Chinese whispers".

Westland Milk Products had a proud history of loyal shareholders as a co-operative but it needed to work hard now to ensure its foundations were "firmly cemented".
From her own situation, she had been seeking answers from the top for several years "if they have a plan".

"At the end of the day, farmers need a sustainable payout."

It was also apparent that Fonterra did not have a full list of Westland suppliers as not everyone in her neighbourhood at Inchbonnie had been approached, Mrs Rooney said.

Farmers have until May 31 to give formal notice to Westland Milk Products to leave by May 2019 or they will have to wait until 2020.

Mr Langford said Fonterra's choice of suppliers in a particular area was strategic, as it was for some farmers a necessity in order to survive, because the reality was that Fonterra's Darfield plant was "strategically close" to the West Coast.

Westland Milk Products says it is "very aware" of poaching by Fonterra but maintains that farmers considering switching would be best served by
sticking with their West Coast-owned co-operative.

However, West Coast Federated Farmers president Peter Langford - a Karamea dairy farmer and Westland Milk shareholder - says the Hokitika-based company risks a "surreptitious takeover" by Fonterra which would leave the local co-operative in danger of a "fire sale".

Westland Milk chairman Peter Morrison, a Canterbury-based farmer, said they knew of approaches by Fonterra to a number of shareholders in selected areas on the West Coast.

"We respect the right for individual farmers to have such discussions, given that this is the time of year supply choices are considered, " Mr Morrison said yesterday.

However, the board believed those suppliers would still be served best by remaining with the co-operative that had served the West Coast for more than 75 years.

"There are strategic and budgetary plans that will allow us to offer a competitive and sustainable payout," he said, without alluding to what those measures were.

"I have noted there has been great shareholder support for the governance and management of their company. We have revised our board structure and governance processes, and brought in a new executive leadership team and we're working together on plans that represent considerable opportunities for Westland," Mr Morrison said.

The co-operative was also reviewing its capital structure to ensure it had the capital needed to meet new opportunities being presented in such areas as grass-fed, A2, organic and other "highly differentiated and segregated products".

"It is my firm view that the best options for shareholders will be delivered by us all sticking together until this process is completed."

For those reasons he said he believed Westland's current milk supply was secure.

Mr Langford, also speaking to the Greymouth Star yesterday, said the co-operative would be fronting groups of shareholders in the next few days.

"They are responding to the challenge that Fonterra is here, door knocking ... it's being taken seriously," Mr Langford said.

Suppliers in the far north and far south of the West Coast would not have the choice to switch suppliers, but those in the middle did and Westland Milk could not afford a split, he said.

"For us in Karamea, and anyone south of Hokitika, it's a major issue."

Regardless, the proximity of Fonterra's Darfield plant made it viable for the dairy giant to reach into the West Coast, and the fact was that some suppliers were going to make the switch, regardless of their past loyalties, Mr Langford said.

"It's a really hard pill for the rest of the suppliers to swallow, but that is life and reality that if your own company isn't going to perform, you're going to go elsewhere. What can you do?"

Ultimately, suppliers had to let the board and management do their job but people could not live on hope forever, he said.

"I could say they've tried but it's been an epic fail."

Mr Langford said the risk now was of Fonterra "destroying" its neighbour's business, resulting in a "fire sale" of Westland Milk, but a "surreptitious takeover" by Fonterra was the last thing anyone wanted on the West Coast.