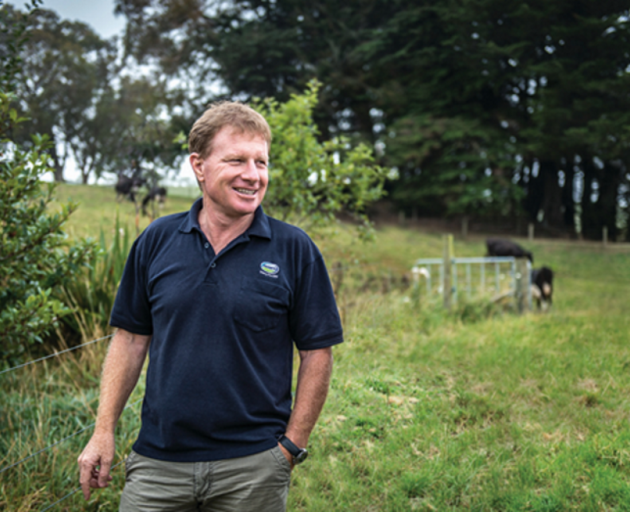 John Wilson lived on a dairy farm near Te Awamutu and jointly owned a dairy farming business near Geraldine. Photo: Fonterra
John Wilson, Fonterra's former chairman who led the company through some of its most tumultuous years, has died. He was in his mid-50s.

Wilson stood down from the top role at the New Zealand dairy cooperative in July last year after a serious health scare. He underwent "significant surgery" which required ongoing treatment.

Fonterra said that Wilson died this morning after a hard-fought battle with illness.

Elected to the Fonterra board in 2003, he became chairman in 2012 when he replaced Sir Henry van der Heyden.

Wilson lived on a dairy farm near Te Awamutu and jointly owned a dairy farming business near Geraldine.

He is survived by his wife Belinda and four daughters, Sophie, Victoria and twins Tessa and Libby.

"We owe John and his family a debt of gratitude for all the time, energy and sheer hard graft he gave us as a farmer-owner, inaugural chairman of the Fonterra Shareholder's Council on merger, as a Farmer Elected Director from 2003, and as our Chairman from 2012, he said.

"John always brought dedication, commitment, and deep dairy knowledge to each of the representation and governance roles in which he served. On behalf of his fellow farmers he was the ultimate advocate for what we stand for.

"We have lost a friend, colleague, leader and champion for our industry much too soon. Our thoughts and deep gratitude for all that he contributed go to his family and friends," said Monaghan.

When he stepped down, Wilson said it had been a privilege to serve as chairman of the company.

"It has been a privilege to serve you as chairman and give something back to this great co-operative that continues to give my family and me so much." 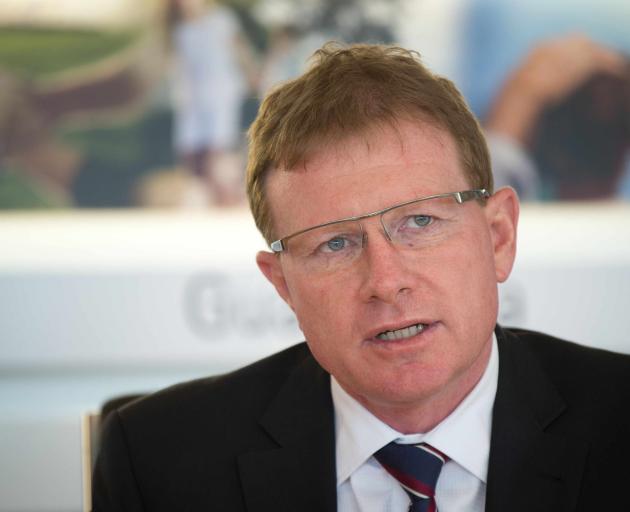 Colleagues have paid tribute to John Wilson, saying he was an "inspirational leader". Photo: NZ Herald
His leadership was praised as ''inspirational'' during what were tumultuous times for the dairy giant.

Less than a year after taking over from van der Heyden in 2012, Wilson found himself in the thick of a serious food safety issue in the form of the WPC80 false botulism scare and precautionary product recall.

Extreme volatility in world dairy markets followed, with Fonterra's farmgate milk price hitting a record $8.40/kg in 2013/14 before slumping to well below break-even in each of the ensuring two seasons.

Many farmers were dangerously close to failing before Fonterra came up with a soft loan scheme, which was enthusiastically taken up by the majority of its members.

Then came the $755 million purchase of an 18.8% stake in China's Beingmate Baby and Child in early 2015 - a company that has struggled to perform.

But his support of the loan scheme was praised and as a Te Awamutu dairy farmer himself he was regarded as a blunt speaking advocate for the sector.

After he announced his resignation In July last year, Federated Farmers national dairy chairman Chris Lewis said Wilson could leave the company feeling proud of the role he had played in guiding the co-op in a time of volatile international markets and a host of local challenges.

"He's done a tremendous job and gives 100 percent," Lewis said. "He has always been fiercely supportive and proud of his co-op shareholders and the work they do.

"Fonterra is based in Auckland but John has been very clear that a big contributor to the fact New Zealand has a thriving economy is because farmers across the nation get up to milk cows every day."

"At a relatively young age, when others might focus solely on their farming business, John chose to devote a significant amount of time to key leadership roles, firstly as chair of the Fonterra Shareholders' Council, then as a director of Fonterra and ultimately as chair since 2012.

"As an elected farmer director, John's understanding of the Fonterra business and the market environment in which it operates is second to none. His passion and dedication to the sector, however, goes much further than Fonterra, van der Poel said.

"John has always been an active participant in industry-good initiatives, including more recently the new Dairy Tomorrow strategy and also the Mycoplasma bovis challenge we are currently grappling with.  John has always made time for these important issues and DairyNZ would like to thank him for his commitment and leadership contributions."