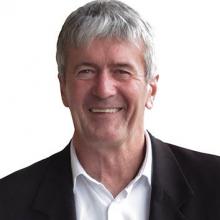 Damien O'Connor.
Biosecurity Minister Damien O'Connor is blaming the previous National-led government for the sudden rise in the number of farms being identified as being infected with Mycoplasma bovis.

More farms than originally thought have been identified with Mycoplasma bovis, bringing the total to 38 actively infected farms and another 40 considered highly likely to become infected.

Mr O'Connor said the Ministry of Primary Industries was continuing an intense programme of work with farming sector groups about the next best steps in the response, including containment and phased eradication.

However, the minister said the tracing of M. bovis was made harder by the poor use of the national animal tracing system (Nait).

"We could have tracked this more quickly if the system had been used properly."

Mr O'Connor blamed the previous government's inaction, and lack of enforcement and promotion of Nait, for creating major issues in hunting down M. bovis.

"We will make changes to the Nait system."

A cull of 22,000 cows was now under way and nearly half of those animals had been destroyed, he said.

A cull was necessary to reduce the the disease's spread through the national herd.

Farmers whose properties were under control restrictions faced a difficult time, he said.

"I expect that decision will come in the next few weeks."

Farmers should ensure any compensation claims they made related to M. bovis were accurate as it made the process faster. MPI and Dairy NZ had boosted the number of people working directly with farmers to assist in that process.