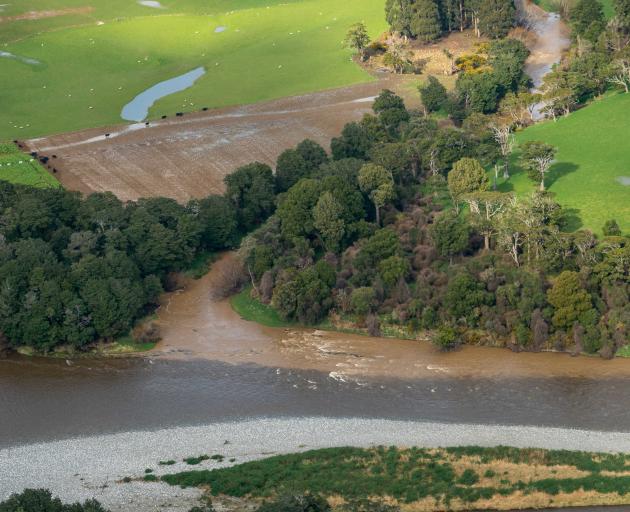 A winter grazing paddock in the South in winter. PHOTO: GEOFF REID
Acknowledging intensive winter grazing is a high-risk activity, Southland’s regional council has put an emphasis on the importance of proper planning. 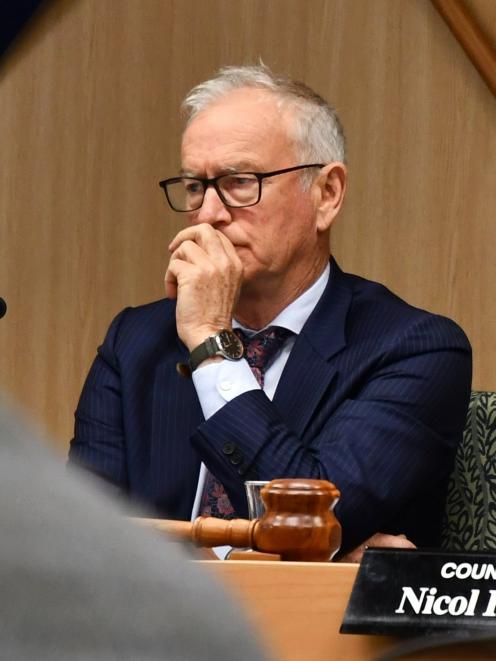 Rob Phillips
The topic has proved as controversial as ever this year, and Greenpeace last week launched a petition to end the practice of what it calls "mud farming".

Earlier in the year, footage of runoff and sediment in Otago, Southland and Fiordland flowing into wetland, lakes and waterways, as well as cows trudging through mud and drinking from their own wastewater, circulated on social media.

Intensive winter grazing is a farming practice where livestock, such as cattle or sheep, are grazed on paddocks planted with fodder crops.

While the official end of the intensive winter grazing period came at the start of spring, Environment Southland chief executive Rob Phillips said in comments last week that focus on the activity would not cease.

There had been improvement in the past few years, but he acknowledged the "terrible footage", he said.

"Poor practice is not OK and it needs to stop."

Winter grazing was a high-risk activity, which could have serious impacts on freshwater quality and affect soil structure and health as well as animal welfare.

The council compliance team completed three activity-monitor flights and responded to 23 complaints made via the pollution hotline.

"There continues to be some farmers who need more support to do better."

One way the council attempted to do this was through a recently developed online tool, used to identify risks and to manage intensive winter grazing.

It was then largely form-based and aimed at supporting a farm plan, but user feedback suggested something more map-based would be of more value to farmers.

"There was also new regulations released by the Government, so the rule landscape became more complicated with both the National Environmental Standards for Freshwater and the rules in the proposed Southland water and land plan," she said.

The council was then presented with an opportunity to support farmers to understand which rules applied and when.

"We know that intensive winter grazing can have a significant impact on water quality if not done well, and planning on things like paddock selection and grazing strategies can make a big difference."

The approach that was developed now included a cultivation and intensive winter-grazing mapping tool, a permitted activity checklist and a registration process, along with an online resource consent application process.

Ms Young said the map was particularly designed to help farmers make decisions about paddock selection and grazing strategies for their winter fodder crop using information such as floodways, stopbanks and slope, soil and physiographic data.

"By highlighting their paddock on the map, farmers can identify risks and other management considerations when selecting paddocks for cultivation."

The form was tick-box, and considered both the requirements in the proposed Southland water and land plan and the National Environmental Standards for Freshwater.

Farmers can get a copy of this report, and send it to the council to register their winter grazing as being permitted.

"So far we’ve had around 500 people access the page and the different resources there."

This was hoped to increase.

Information was sourced from various local and central government databases, including those of Land Information NZ (Linz) and the Ministry for the Environment.

The ministry was consulting on proposed changes to intensive winter grazing regulations that aimed to make them practical for farmers to comply with while ensuring improved environmental outcomes.

At the time it was announced, Beef + Lamb New Zealand chief executive Sam McIvor said it was positive for farmers that they had clarity on the proposed approach in this area, which aligned with the recommendations of the Southland Winter Grazing advisory group.

Not all saw the changes as a positive, however, Greenpeace "condemning" the decision.

There's not a farmer out there that doesn't care about the environment.
When will this government stop making there lives so hard to survive.
We get all the comments on here regarding how exspensive meat, and dairy products etc are in the country......l wonder why? All this compliance etc bought in by you Jacinda and your green buddies.
What have we left to pay the bills, weather all of you like it or not farming is the back bone of NZ.
But at this rate, for how much longer, consents to work up a paddock? Really ???
Once again pieces of paper worth millions to this government, at the rate they are going, it's all they have.

This is dumb farming, at every level. NZ has a reputation for being innovators, leading the world in new Farming practices. The winds of change are only blowing in one direction and that direction is working with your farming environment not against it. The are plenty of examples of best practice in the areas of regenerative farming and permaculture, many of them developed here in New Zealand. Ignorance is no excuse. For the sake of farming's good name things must change.