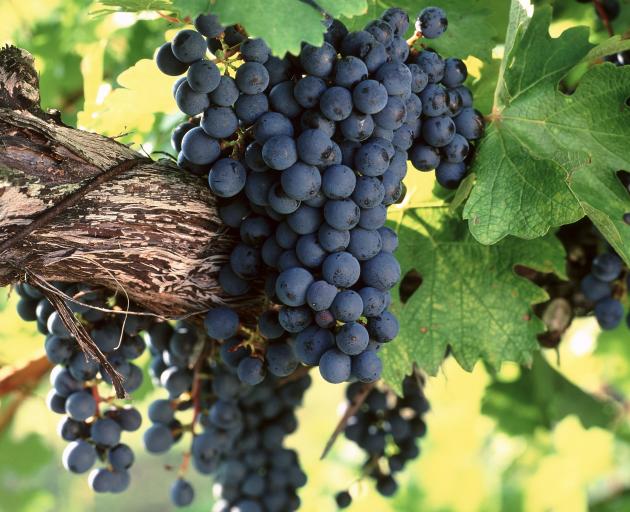 Ripe cabernet sauvignon grapes hanging on the vine. PHOTO: GETTY IMAGES
Central Otago’s viticulture sector defied the odds for this year’s harvest, posting a 21% increase over the previous vintage against a 19% fall nationally.

Fear of labour shortages across the region for this year’s harvest were allayed by weather that conspired against horticulture — particularly cherries — and enough backpackers still in the area meaning Central Otago vineyards pulled through.

Yet, the same fears about labour remain for the 2022 season.

New Zealand Winegrowers chief executive Philip Gregan said the 2021 vintage was "exceptional" although smaller than the industry had hoped for.

That shortfall in the crop was equivalent to about 7million 9litre cases of New Zealand wine and would lead to supply and demand tension.

The smaller crop was due to cooler spring weather and late frosts in some regions.

Wairarapa, Marlborough, Nelson and North Canterbury were affected the most, down more than 20% on 2020, Mr Gregan said.

The reduction in yield came at a time when ongoing labour shortages were also adding pressure, including in Central Otago, yet it was the one region in the country to increase its crop.

"Everyone was pessimistic at the start of the season because we didn’t have the best start in terms of weather."

The backdrop of labour shortages compounded by Covid-19 loomed large over both the viticulture and horticulture sectors as the main labour streams — recognised seasonal employer (RSE) workers and backpackers — were depleted.

"We did go into the harvest season with a concern we wouldn’t get enough workers."

The torrential rain that began on New Year’s Day and continued for days all but destroyed Central Otago’s cherry harvest but led to pickers coming to vineyards, Mr Wilkinson said.

The timing of the various grape varieties throughout the Cromwell Basin also meant people "could migrate".

Concerns for next season remained, as many of the backpackers had left the country; the Government’s announcement about extending working visas came too late for them, he said.

"The pool is now smaller, that is obviously going to be a concern going into the 2022 vintage."

Concerns also remained surrounding the availability of RSE workers and the Government continuing to exercise "extreme caution" about allowing them into New Zealand.

"We do have trepidation going forward, we just got through [the harvest] with some fortunes falling our way — they may not fall our way next season." 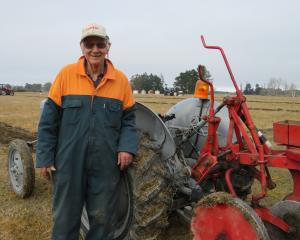