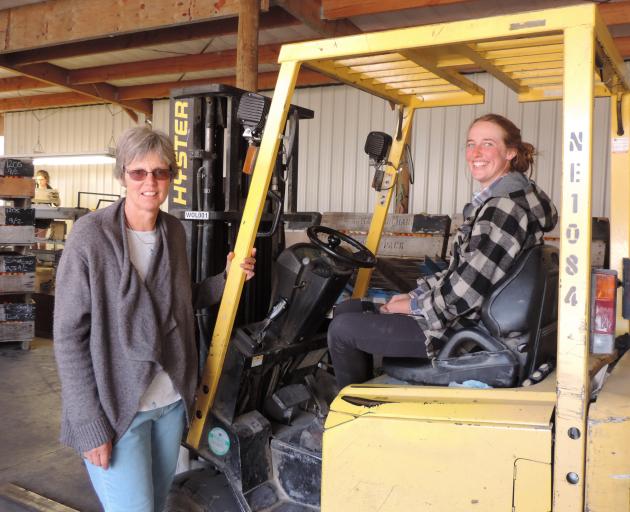 Julie Watt checks in with her eldest daughter, Irene Passadore, in the packing shed. Photo: Sally Brooker
Usually, it’s the kids who leave home. In the Watt family, it was the parents.

Julie and Justin Watt own Waitaki Orchards, just east of Kurow. Their eight children have become so involved in the business that they have stayed to run different aspects of it.

“Justin and I and the youngest are in Duntroon,” Mrs Watt said when the Oamaru Mail called in last month.

“We were the first to leave home.”

The family has made an art form of flouting norms. Mr and Mrs Watt were married for 10 years before having children, then had eight in the ensuing 10 years – Irene, Ellen, Geraldine, Alistair, Fergus, Duncan, Brian and Heather.

The last of the season’s apricots were being graded and packed at Waitaki Orchards in mid-February. Photo: Sally Brooker

The Watts moved from Auckland to the Waitaki Valley in 2003 and bought the orchard despite having no experience in the sector. Mr Watt had been an accountant who wanted to get out of the office, and Mrs Watt had worked in a blood-testing laboratory.

Mrs Watt decided to home-school the children after Irene hated going to school. However, some of the children chose to attend conventional schools. One is now at Waitaki Girls’ High School, one is at St Kevin’s College and one is still home-schooled.

The four eldest children work full-time in the orchard and one is a building apprentice.

Irene is married, three of the children live in the family home on the 32ha orchard, and one occupies a cottage on-site.

The Watts have toiled through serious medical conditions. Mr Watt had a heart bypass and ended up with a brain injury, meaning he could not work much more than two hours a day. 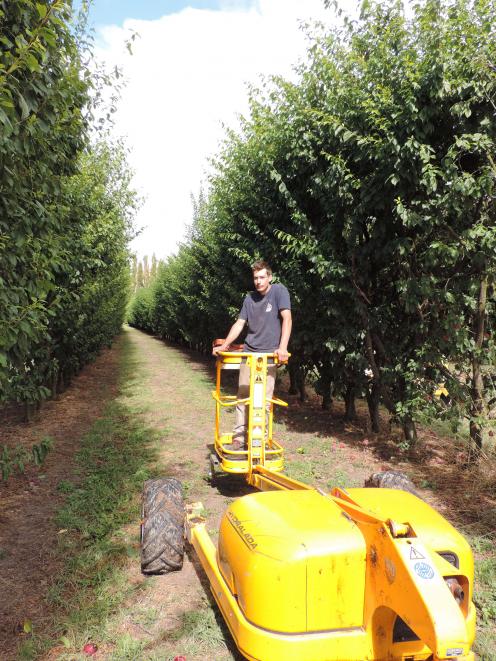 Mrs Watt was diagnosed with multiple sclerosis in 2009 and tires easily.

They tried unsuccessfully to sell the orchard several years ago, then decided to carry on with the venture.

The children took on a greater workload each year and have become highly entrepreneurial. Between them they have attained heavy traffic and forklift licences, poured the concrete for a cool store and built it and other sheds, installed and operated a commercial kitchen, run staff training programmes, administered all the business systems, carried out welding and maintenance work, plumbed a bathroom, taken care of orchard mowing, spraying, pruning, and picking, and run a large team of staff during the fruit harvest from December to the end of March.

As a “side project”, they also renovated the house that was brought down from Christchurch after the earthquakes. Before Irene’s wedding, a huge banked garden was planted out with cuttings the Watts had grown themselves, and a large fire pit surrounded by couches and chairs was created by Alistair.

“They’ve all got different strengths. They work really well together,” Mrs Watt said.

“They can look out for each other.”

A lot of people told her she was lucky the children wanted to work in the family business, she said.

They were encouraged to try a variety of tasks and follow their interests and abilities.

Ellen Watt mixes her latest concoction with a spoon made by her brother Alistair from an apricot tree. Photo: Sally Brooker

“We’re always looking to diversify. There are lots of ideas in the pipeline.”

On Friday mornings, Ellen (23) works in the commercial kitchen, making goods to sell at the farmers’ market in Dunedin the next morning. The range includes sorbets, galettes, crumbles, cheesecakes and chutneys made from the orchards’ fruits.

It took her nearly a year to complete her food compliance qualification, ploughing through 395 pages of documentation.

She also attended “baking school” in Timaru for a year.

Mrs Watt said some Kurow businesses were using their products – for example, one of the wineries serves its apricot chutney on platters and its sorbets for dessert.

“We would love more wholesale customers.”

The weather this season had been “brilliant”, Mrs Watt said.

“In the past, it’s been wet at critical times. This year, it held off.” 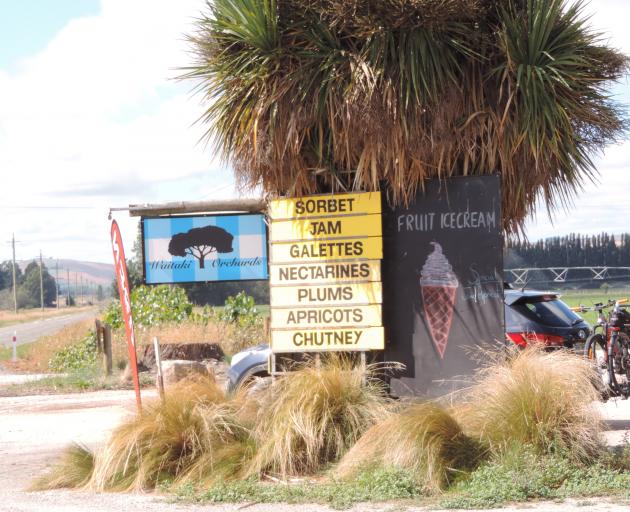 Last year’s intense heat made it difficult to keep up with the fruit as it ripened.

The apricot harvest was finished in mid-February and most of the crop exported to Australia. Export fruit was put in a gas chamber to kill bugs, which meant less spray was needed, Mrs Watt said.

Two lines of graders were operating in the packing shed, staffed by people from all over the world – South Korea, the Czech Republic, Uruguay and Canada, as well as Kiwis. And Irene met her Italian husband when he worked there.

Some of the seasonal staff live on the property and others at the Kurow Domain.

The orchards also grow peaches, plums and nectarines. Some of the older trees were being cut down and replaced with new apricot varieties.

“We’re thinking about putting in a few apples and peacherines,” Mrs Watt said.