Stephen Darling says Vanuatu and Solomon Island workers are ‘‘like family’’, highly skilled, and need to return to Central Otago to address horticulture labour shortages. PHOTOS: JARED MORGAN
Covid-19 will create a seismic shift in production for Central Otago’s horticulture and viticulture industries this season. Assembling the seasonal workforce needed is going to be near impossible. In Ettrick, gaps in the workforce existed pre-pandemic. Jared Morgan reports.

The Teviot Valley is a sea of blossoming stone and pip fruit trees at this time of year.

The blossom pays testament to the size, all things going well, of the harvest and blankets the valley across about 25 orchards from Roxburgh East through Dumbarton to Ettrick.

This season that harvest is under threat.

The flow-on effect will hit associated industries, such as packaging, cool stores, transport and the sectors those employed on orchards on a seasonal basis spend money in.

Urgent action was needed from the Government to address the looming shortage of horticultural workers, Mr Vernon said.

They were needed for thinning stone fruit from next month.

As things stood, that acute shortage would continue all the way through to picking.

The problem extended beyond the gates of his business, Melrose Orchard, to every orchardist in the Ettrick area, across Central Otago and beyond.

For the viticulture industry the issue was yet to rear its head as its season started later but it was coming.

In Central Otago they came predominantly from Vanuatu for up to seven months under the RSE scheme to bolster the workforce on orchards and vineyards.

The Central Otago region employed up to 5000 temporary staff, comprising New Zealand and RSE workers and those on working holiday visas, at the peak of the season for apple, apricot and cherry work.

"Our ability to keep our local permanent staff employed, and to take on Covid-19-displaced Kiwi workers is completely dependent upon the return of our skilled Pacific Island workforce," Mr Vernon said.

In a normal season there were labour shortages and pre-pandemic there had been agreement from the Government to expand the RSE scheme.

This season the impact of Covid-19 on the sector was something he and his fellow orchardists believed the Government had failed to grasp.

"It is almost like the Government doesn’t believe us."

The spin-off from border closures had affected the whole South Pacific.

Covid-19 had decimated the Vanuatu economy, which with the loss of tourism, had led to an 85% unemployment rate among Vanuatuans, Mr Vernon said.

Relationships between those workers and their Central Otago employers had spanned up to 13 years and become inter-generational as sons joined their fathers as RSE workers. 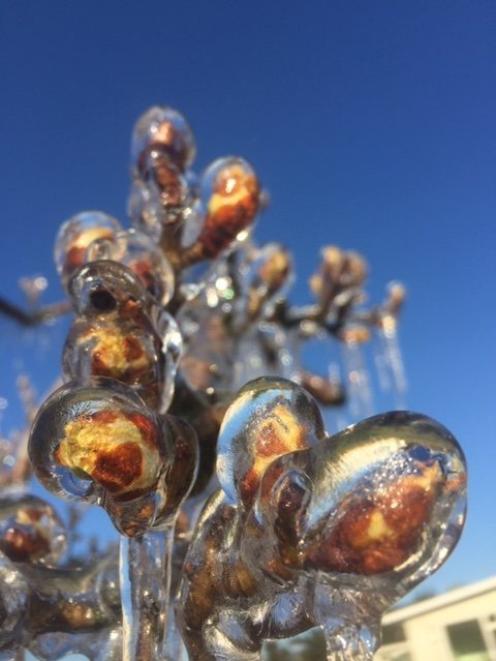 Fruit tree blossom encased in ice. As counterintuitive as it may seem, the measure protects the blossom from frost. PHOTO: STEPHEN DARLING
"Those relationships have ended with the strike of a pen."

The irony was Vanuatu was unaffected by the pandemic.

It was, however, reeling from the impact of Cyclone Harold, which devastated large swathes of the islands in April.

That left RSE workers propping up the Vanuatu economy and those of other Pacific countries and the workers should be allowed to return, he said.

"It’s a no-brainer that people from Covid-19-free Pacific Islands do not present a health risk when returning to New Zealand.

Darling’s Fruit Company owner Stephen Darling said he, like most orchardists in the Ettrick area, employed Vanuatu and Solomon Island workers and many had been returning to his orchard since the scheme began in 2007.

A key point was Vanuatu and Solomon Island workers were highly skilled, having amassed increased experience each season, and that was something that could not be replaced by more short-term workers such as backpackers, Mr Darling said.

In the case of the latter, he admitted the work was "not for everyone".

For the RSE workers their collective experience meant their approach to the work was different.

"They become quite protective, they have a sense of ownership — and that means they want the work done right."

Mr Darling’s brother Mark Darling, a pip and stone fruit grower, specialises in apples and pears but adds an organic component to his business.

"It’s the same job but there is more to it — more pruning and more thinning," Mark Darling said.

For him the organic side of his production meant he needed more workers. 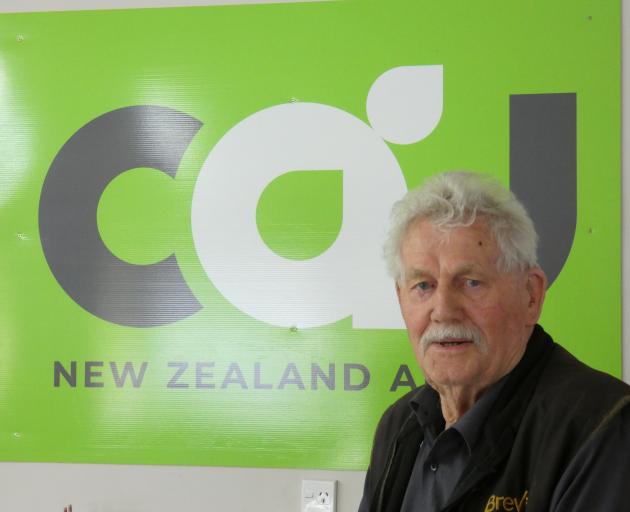 Con van der Voort, a major player in Central Otago horticulture, says RSE workers need the horticulture industry as much as it needs them.
"There is a lot more work producing and thinning organically grown apples without conventional chemicals."

A regular at the Otago Farmers Market in Dunedin since 2003, he said having his regular Vanuatu workers return was critical to his business.

"The thing that concerns me is my guys are skilled because I grow such a variety of crops," Mr Preedy said.

"Our skilled staff are sitting on those islands wanting to come back," he said.

Con van der Voort is a major player in Central Otago horticulture, having started in the industry in 1960. 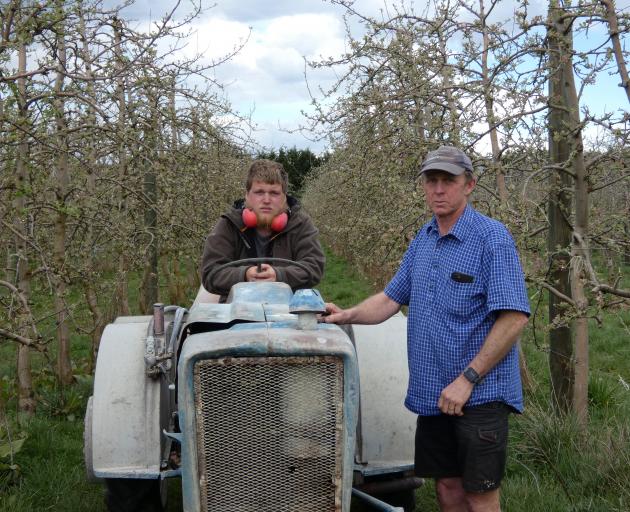 Russell Benington (left) works for Mark Darling, who adds an organic element to his business, making it labour intensive, and who needs his RSE workers back.
The relationship between horticulture and RSE workers was reciprocal and needed to be maintained, he said.

"The fruit industry needs them."

It cut both ways.

"These people [RSE workers] are desperate — they have nothing else."

Having crunched the numbers, the men said they believed the horticulture industry nationwide faced a labour shortage of close to 50,000 people.

That included the loss of backpackers on working holiday visas, of whom only about 11,000 remained in the country.

The Government this week announced a raft of immigration policy changes to help fill labour shortages and established class exceptions for border entry for skilled workers. 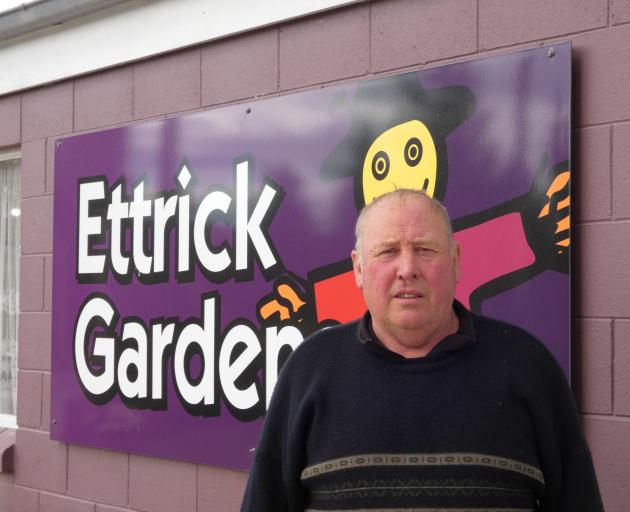 However, by the time those workers fanned out across the country, the men feared Ettrick might miss out.

Mr Vernon said the horticulture industry in Central Otago faced a potential critical loss in grower incomes and confidence if export fruit was lost because it could not be picked and sold.

"Even more downstream jobs will be lost, along with crucial export revenues, if we cannot access our offshore skilled Pacific Island workforce."

For Ettrick growers and those throughout Central Otago the clock is ticking.

And yet, I've not seen any advertising in our local papers looking for workers, nor has anyone approached our local high-school asking for people to pick. The only advertisement I saw in seek for pickers had a starting wage of $15 an hour... which is illegal, and not really indicative of a business that doesn't want to exploit young workers.