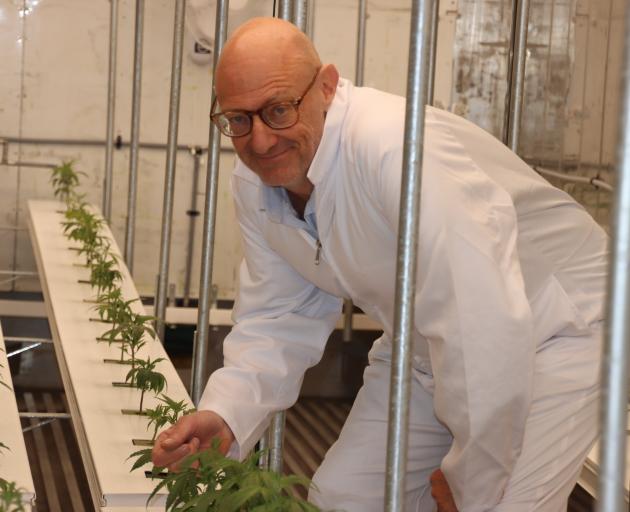 The Dunedin company is setting up a hemp propagating and manufacturing business in the former Mataura Paper Mill.

Mr Marshall said trials showed hemp was a good crop to plant in wet areas of farms and could be part of farmers’ riparian planting plans.

"It sucks up nutrients, it becomes a barrier to stop nitrate flowing into the waterways, it sucks up carbon ... it reduces pollution," Mr Marshall said.

"It’s the ideal buffer between stock and rivers, waterways and bores."

The company’s business model was based on about 150 farmers growing from 2ha to 5ha each.

At a time when farmers were facing challenges from new legislation aimed at improving water quality, growing hemp would also enable them to reduce stock numbers and give them another income stream, he said.

This would take away some of the stress associated with the reforms, he said.

"To me, to be able to improve water quality and community wellbeing across Southland would be a home run."

The manufacturing side of the business could process about 500ha of hemp a year to extract the components used in therapeutic products.

The business would also process hemp grown in other regions of the country.

Compared with its close relative cannabis, hemp had low amounts of tetrahydrocannabinol (THC), which was the ingredient which gave cannabis users a high.

Hemp was grown for its bioactive components, including cannabidiol (CBD).

Bioactive components are compounds which affect the biology of the body.

While it had been legal to use therapeutic products made from cannabis and hemp since 2018, a doctor’s prescription was required.

At present, hemp plants growing hydroponically at the mill would be used to propagate seedlings, Mr Marshall said.

"The idea is we provide the seedling to the farmer, the farmer plants them, cultivates them and then brings them back here to be processed."

The company had fulfilled the legal requirements needed.

It was planned to sow the first crop in spring.

While it was not easy to predict how many jobs the business would create, he expected more than three fulltime workers per hectare of hemp planted would be employed in various roles including growers, truck drivers, factory workers and researchers.

"If hemp growing stacks up financially and ethically, I’m sure there will be a number in Southland that will add this diversity to their farming business," Mr Young said.