Before the autumn mist has lifted from the Teviot Valley, workers are in the fields at Wynyard Estate Saffron harvesting the lavender flowers from the Crocus sativus.

The stigma of the plant is saffron - the world’s most expensive spice, often known as "red gold" for prices that range from $40,000 to $50,000 a kilogram in New Zealand.

Wendy King, who owns Wynyard Estate Saffron with her partner Graham Strong, says to produce 1kg of saffron requires an average of 125,000 flowers.

She is clearly enchanted by the plant, which is a corm rather than a bulb, referring to it as "she" and giving it female characteristics.

The flowers needed to be picked before they open, so the morning mist could be helpful on days like this crisp autumn morning, she said.

Crocus sativus propagated by division, rather than setting seed, she explained. 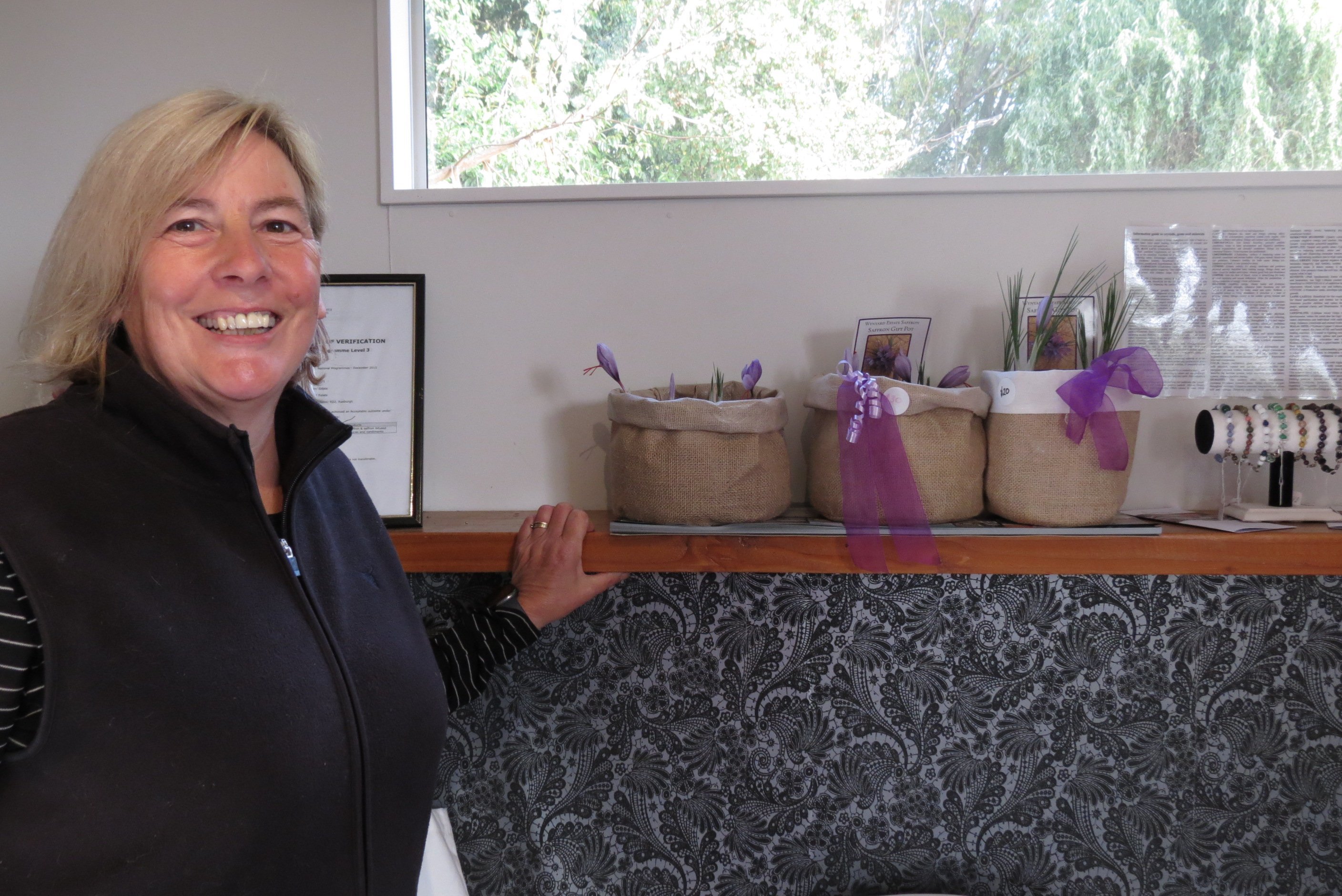 "No bee pollination required, no male required — she’s quite self-sufficient."

Harvest and processing of the vibrant spice was labour-consuming, as the flowers had be picked by hand, then their petals unfurled and the precious stigma removed for drying.

The saffron threads were then sold in 0.5g, 1g or 2g weights for use in cooking, made into saffron-infused products or sent to Alaron Products in Nelson where they were made into a supplement to support and maintain eye health.

The business had first been planned as a "retirement dream" and Ms King said she was glad they started it earlier, as in the beginning the couple did all the work themselves.

"We wanted something where we could establish a little business in the natural health line." 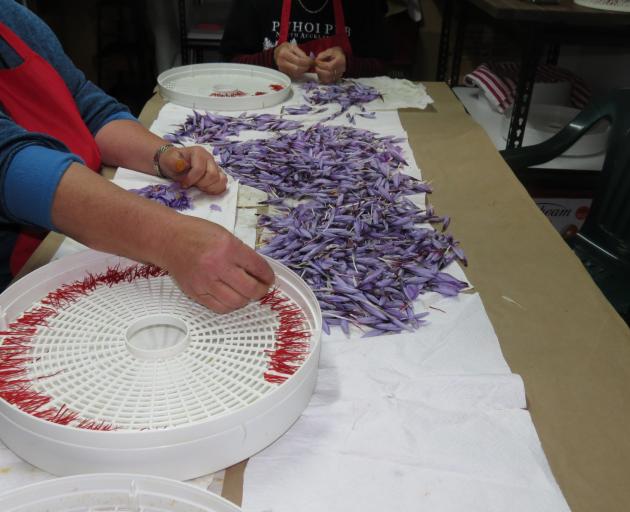 The crocus plants are unfurled by hand and only the red part of the stigma is placed on racks for drying.

Ms King said there were more than 100 producers of saffron in New Zealand, and the spice from New Zealand and Australia was called an artisan product, and of higher quality than that of some of the world’s larger suppliers, such as Iran.

Wynyard Estate’s saffron was the highest quality sargol — an Iranian term that literally translates as "top of the flower".

That meant there was no floral waste left on the bottom of the stigma, and Ms King showed a sample of her saffron threads beside an Iranian product labelled 100% pure, in which you could see the lighter-coloured "waste" at the end of the threads.

Harvest lasted for six to eight weeks, the boom phase being the middle three to four weeks.

"The first couple of weeks are quite steady and building, then about the third week it goes mental," Ms King said.

The "mother" corm produced eyes, like a potato, which each sent up a shoot which would flower. During the peak of the season, each shoot would flower daily.

The mother died at the end of the season, and her offshoots took her place. 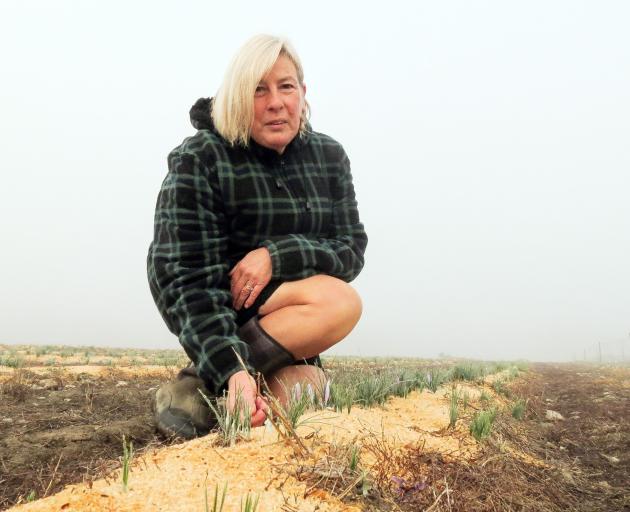 Ms King explains the life cycle of the Crocus sativus.

Ms King said they dug up and redistributed the new corms each second year, and had just under 2ha in production.

Despite its delicate flowers, it was a hardy bulb, tolerant of most soils and lying dormant over summer so not needing irrigation.

Proof of the pudding, as it were, for the quality of the saffron was that Wynyard Estate had several buyers in Iran.

"They’re excited by the quality."