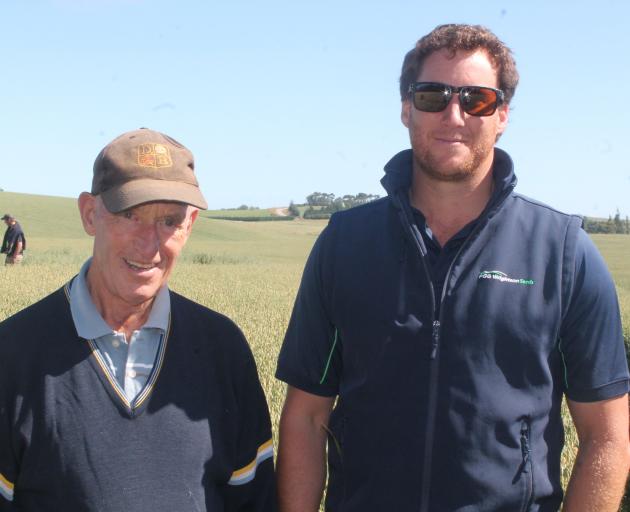 People toured his fields to get a first-hand look at how the oat crops, which included experimental breeds, were growing.

The field day went well, with about 80 people attended the annual event, he said.

Last year, the turnout was about 70, and a decade ago it would have been about 40.

"There were more potential growers there yesterday, normally they’d be people that were already growing oats."

The increase in interest was due to the buzz around oat milk, and due to oats being a crop low in carbon emissions, he said.

"The changes the Government wants to see, growing more oats probably fits into that."

Oat crops were also good at taking up nutrients that could be leached out, he said.

"If you’re putting a crop of oats in after a crop that’s had swedes or fodder beet, it’s going to utilise those nutrients."

"I see oats as being complementary to other farming types rather than in competition."

"It’s a crop that fits in with what’s already happening here in Southland."

As a wheat and barley farmer who also ran sheep and cattle, he was an example of this integrated approach.

Oat crops could also be complementary to dairy farmers, he said.

"They may grow oats either to bale or to harvest and that would use up some of their free nutrients."

All Good’s Simon Coley attended to learn more about the crop.

He was looking at expanding his business to make oat-based smoothies, he said.

"It’s great to see where products come from."

"Oats are a healthy food. There’s a market demand for it. Every year production is going up," he said.