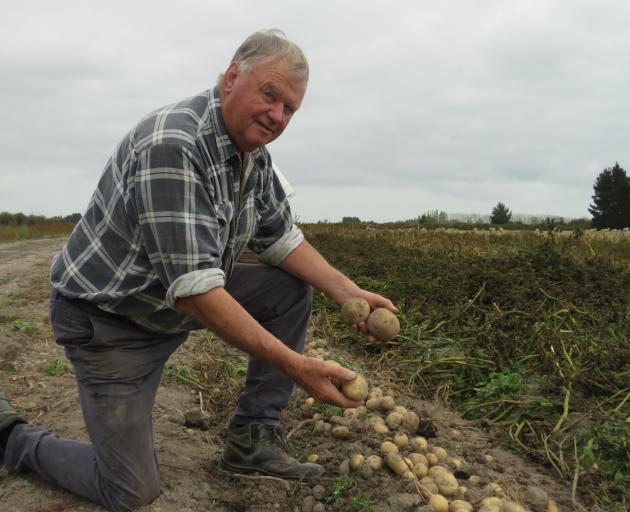 He has a boutique planting operation on the outskirts of Ashburton where 1.6ha is dedicated to growing gourmet and table potatoes which are sold within the town boundary.

He has mostly Nadine, sown in September 2020, and also Agria and Red Rascal varieties, which were planted in mid-October.

Potatoes were "not easy work" but "it’s something for me to do and I enjoy doing it," he said.

Mr Withell (73) grew up on Tara Farm, at Winchmore, and, after a rural work life, has kept himself busy working the land in his retirement.

He helps the farm owner where he can with baleage or stockmanship of grazing and rearing animals.

But the potatoes offered a year-round income. 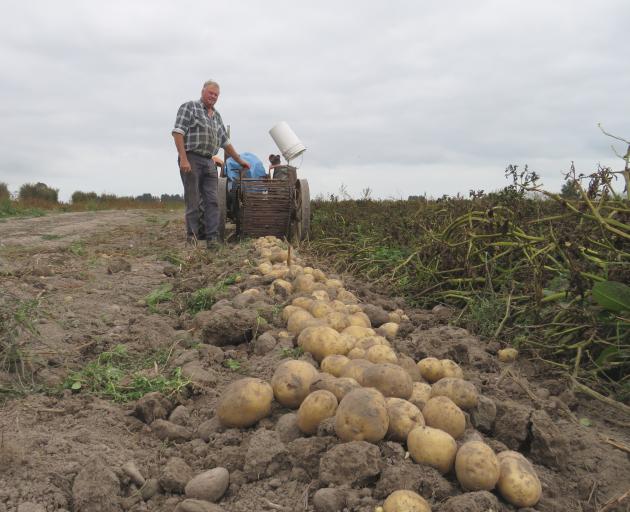 John Withell’s potatoes are hand-picked after being dug up in single rows by the digger.
His potato patches can produce 75 to 90 tonnes a year and Christmas time is particularly busy with early potatoes planted to benefit the festive season.

It is usually a one-man operation but he has the added help of grandson Jack and his friends during the end-of-season harvest.

Those potatoes are boxed and put into storage.

Mr Withell said the best storage for potatoes was to remain in the ground.

He only dug out potatoes as required until the final harvest. 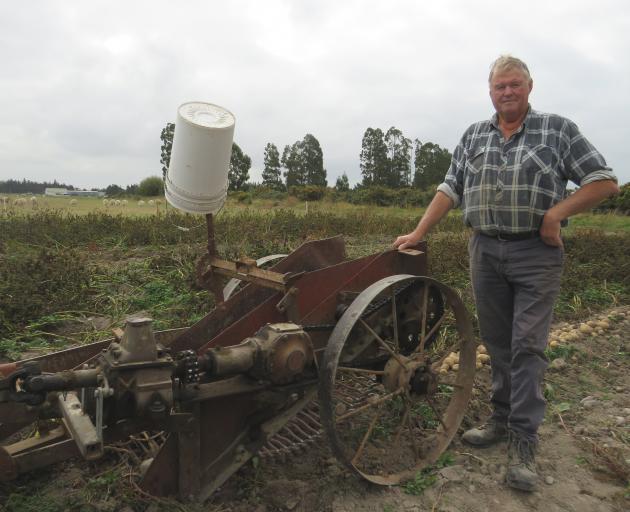 The potato digger is 70 to 80 years old and was a horse-drawn model converted to a power take-off.
He uses a single-row Massey digger, powered by a 45hp Fiat tractor.

Mr Withell said the digger, which was 70 to 80 years old, was a horse-drawn model converted to a power take off.

He picked it up at a scrap dealer’s yard and, aside from working well, was good for the potatoes.

He attained NZ GAP certification — an assurance of safe and sustainable production — and has managed to get his gourmet product and 10kg table potatoes, packaged under Tara Growers Ashburton brand in 1kg boxes, into New World Ashburton.