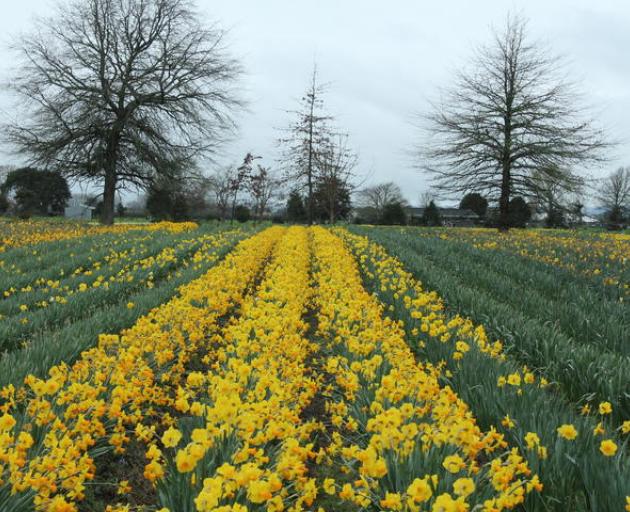 Clandon is one of New Zealand's biggest daffodil growers. Photo: RNZ
Sweep into Clandon Daffodil's driveway on the outskirts of Hamilton you'll be treated to an unusually vibrant spectacle.

This year, because of Covid-19 restrictions tens of thousands of unpicked daffodils are dancing in the paddock, unable to be sent to Auckland's flower market.

"We're getting plenty of comments from people who come in and are saying 'wow it's amazing'...It certainly is a sight. It probably won't happen again.

"The market demand is for a daffodil that is in bud not in full flower...so we don't actually (usually) see a lot of colour out here." 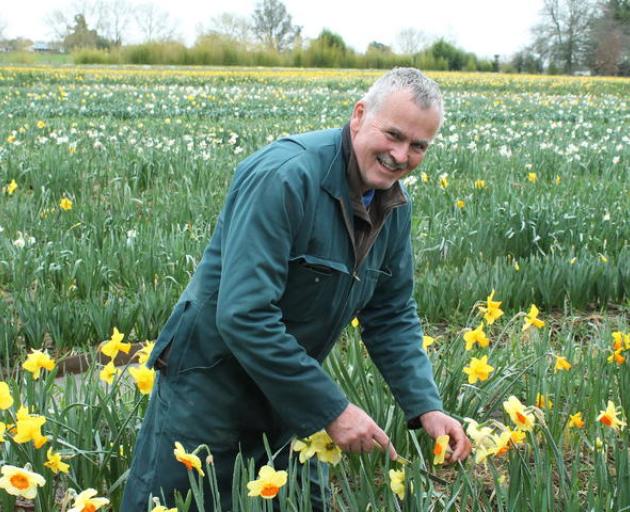 Ian Riddell Photo: RNZ
Ian says his van was packed with daffodils and he was about to head up to Auckland to the flower market when he heard the whole of New Zealand was going into a level four lockdown.

"So I loaded the flowers back into the cooler."

Then the Cancer Society's Daffodil Day fundraiser was cancelled.

"We had four-and-a-half thousand bunches in the cooler ready to go out so we did a lot of giving away in the next few weeks."

Ian says some flowers were taken to the Cancer Society lodge in Hamilton and some to the hospital.

"But a lot went to people who were driving past. They grabbed them off the side of the road."

Ian says even if Auckland moves to level 2 soon it'll be too late for his business.

"We stop going to the market in a normal year at the end of September so that's pretty shot really."

A bright spot however is the community support he has received. 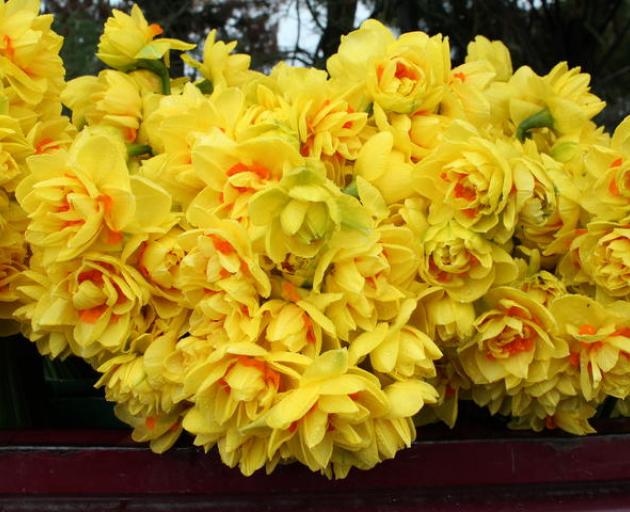 "A lot of people say 'hey I don't know how you're doing it' and really commiserate with us and they're shelling out dollars to buy some flowers which is great."

Ian has a small shop and gate sales are booming - sometimes twice what they were on the same day last year.

He says this year's not the worst season he's had; 2018, when flower production was very poor, takes that honour.

"It was one of the worst years ever and this one is shaping up to actually be better than that one.

He says he's saddened more people haven't been able to enjoy his daffodils.

"You genuinely want people to be blessed by your flowers. People buy them for themselves to cheer them up, they give flowers away to cheer up other people. All that cheer got left here."