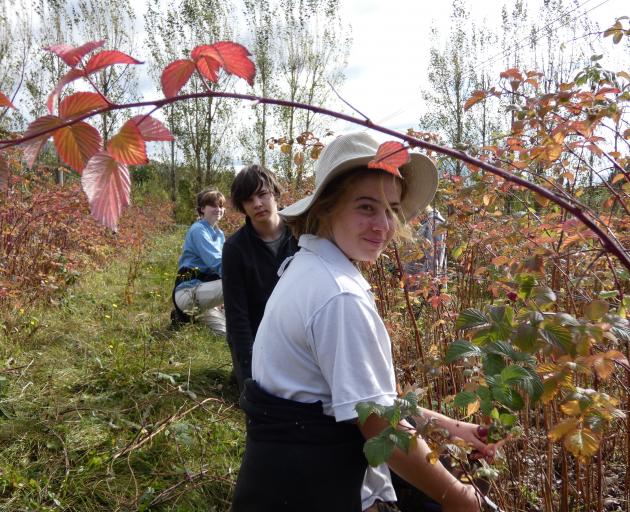 The group of five pupils and one university student are working at 20ha pipfruit operation Ettrick Gardens, four of them having earlier taken part in the berry season.

They stand in stark contrast to some of the workforce recruited to work a season mired in labour shortages due to a lack of backpackers and recognised seasonal employer workers from the Pacific.

Where some New Zealanders have complained about working conditions, the group said they were made of sterner stuff.

The senior of the group, Canterbury University law and arts student Hannah Hawkins, said she had returned a week ahead of her Cantabrian cohorts and she liked the organisation behind the work.

"It’s [the work and accommodation is] pretty convenient and it is all organised. All we really need to do is be here," Miss Hawkins said.

"I mean this [Ettrick], for me, is a pretty random place to end up."

For Miss Hawkins the idea of being outside beat out alternative holiday jobs.

"It’s better than customer service. I’m getting a good tan and it’s pleasant."

The 8am-5pm work left little time for "mischief" but also offered her the opportunity to study in her downtime, she said.

Orchard owner John Preedy said four of the group of six had worked for him during the berry-picking season and he was happy for the help.

He had put the group to work pruning raspberry bushes — which was being done earlier this year.