Horticulture labour shortages in Central Otago are being addressed but the takeaway message for two government ministers after visiting the region is the problem has not gone.

Before the ministers arrived, orchardists and industry leaders told the Otago Daily Times measures implemented had taken some of the pressure off but concerns remained for the apple and pear harvest when students returning to studies would create an effect.

Mr Faafoi said after meeting Seasonal Solutions managers what the Government had not done was agree to the number of recognised seasonal employer (RSE) scheme workers the industry had lobbied to bring into New Zealand.

The 2000 RSE workers from Pacific nations allowed into New Zealand from January was "certainly not the number" the sector wanted, he said. 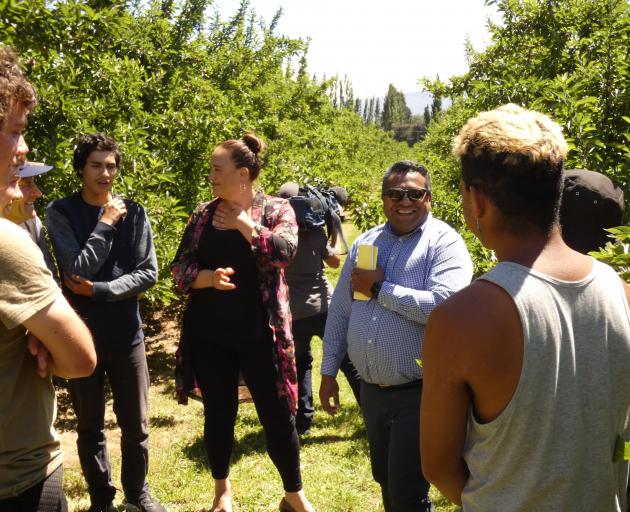 "Over time, if there is still a shortage, we will have conversation — without any guarantees — about whether or not there is any ability to bring any more people in."

When asked what the sector wanted, Mr Faafoi said he thought it was about 3500.

Usually, there were about 14,500 RSE workers in the country and the current number sat about 6000.

Ms Sepuloni said the purpose of the visit was to get "a taste of what is happening on the ground".

She and Mr Faafoi had been working alongside Agriculture Minister Damien O’Connor to achieve cohesion in how to address seasonal worker shortages.

That included getting domestic workers into the horticulture and viticulture sector.

Ms Sepuloni said it needed to be kept in mind there were some barriers to getting into the work.

They included geography, transport, fitness was a requirement, and industry representatives had said apple picking at the peak of the season required a "couple of years of experience" to do it as well as RSE workers.

When pressed about tardiness on the part of orchadists in terms of dealing with job inquiries, Ms Sepuloni said additional resources were being put in place by the MSD and the industry to deal with applications.

Early yesterday, Summerfruit NZ chief executive Richard Palmer said in a statement the industry wanted to thank New Zealand for its response to calls for help with this season’s harvest and only briefly alluded to problems with recruitment processes.

It was expected the appointment of Tracey Mansfield to the new Central Otago seasonal labour co-ordinator role would help smooth the fluctuations in demand for workers, as she would connect employers with potential employees and help attract and retain seasonal workers to the region for the summerfruit and subsequent apple, pear and grape harvests.