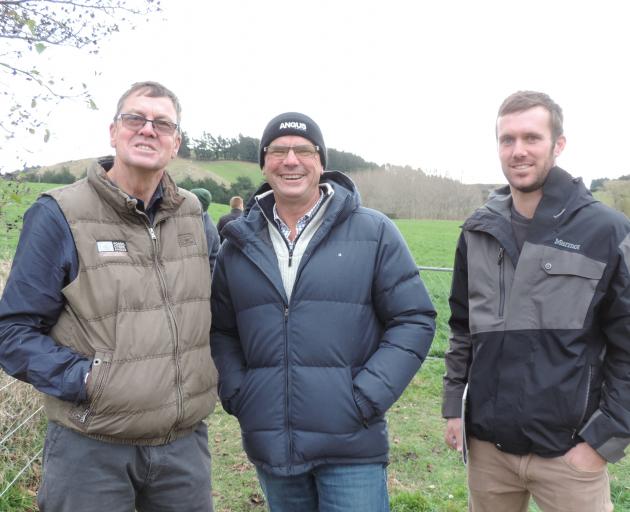 The stud held its 20th annual sale at Neil and Rose Sanderson’s Ngapara farm. A large crowd attended, including Southlanders who had flown north for the event.

On offer were 64 2-year-old bulls bred by the Sandersons and partners Blair and Jane Smith.

Farmers were also focusing on carcass qualities and yields to benefit from meat programmes offered by Silver Fern Farms and the Alliance Group, Mr Sanderson said. 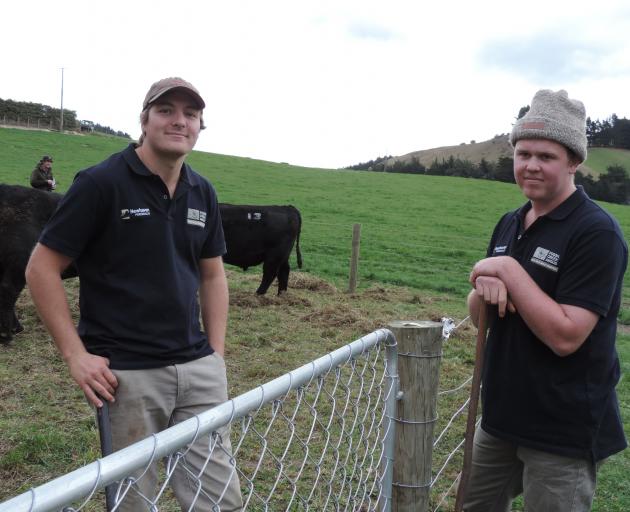 Ben Paton (left) and Josh Scott were on hand to tend the bulls in the stud’s 20th annual sale. PHOTOS: SALLY BROOKER 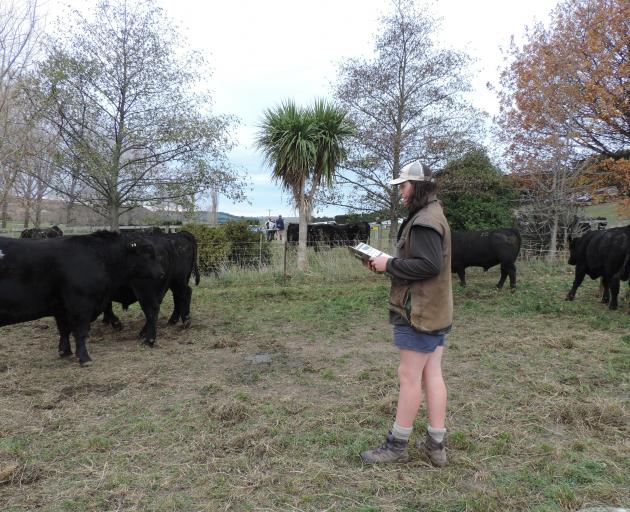 He and Mr Cochrane agreed it was difficult for buyers to choose between the bulls.

Mrs Sanderson said the line-up was due to the strength of the Fossil Creek team.

"We all think of different things."

Her daughter had been asking her which bull would top the auction, but she would not single one out.

"There are several bulls I really rate very highly.

"Your life’s aim is to have as even a line as you can."

It was easy to identify and get rid of any problems in the stud, Mrs Sanderson said. The bull calves were brought for many weighing and health procedures early in their lives and she reckoned she spent more time with them than with her husband.

It was good for the bulls to be familiar with humans, she said.

"Any handling is an investment in the future." 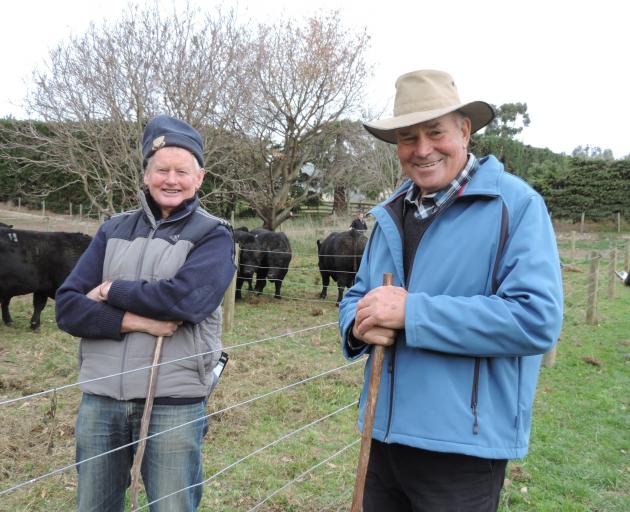 Norman McKenzie, of Duntroon (left) and Bruce McNab, of Weston, were helping move the bulls into position. 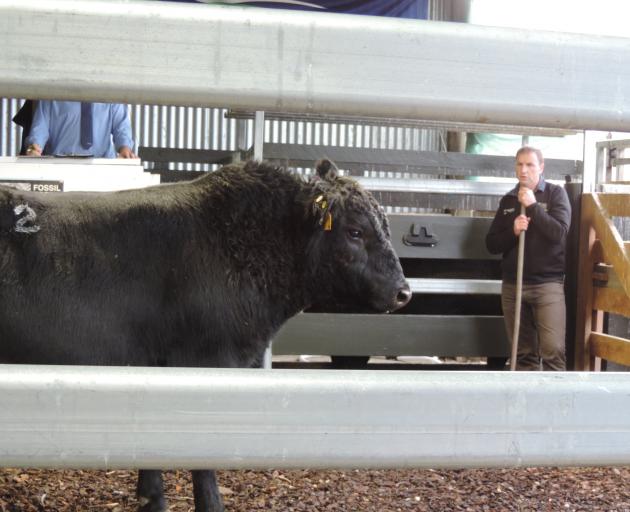 Fossil Creek Panther P044 AB, under the watchful eye of Blair Smith, was bought by Te Akatarawa Station for $10,500.

"We want to be very, very confident that any bull in the catalogue will fit the bill."

She was pleased to see stock agents from the North Island, as well as buyers from all over the South Island, at the sale.

"It’s really nice seeing it all come together."

In welcoming the gallery inside the sales arena, Mrs Smith said the four partners were "really proud" of the bulls’ phenotype and genotype.

She thanked Mr Sanderson for leading the industry’s charge to buy bulls suited to their own property and needs based on the EBV sub-index information he developed with AbacusBio.

PGG Wrightson auctioneer John McKone said Angus Australia was looking to adopt a similar approach. Fossil Creek sold 59 bulls for an average of $8394 and a top price of $15,000, sold to Rockley Angus.