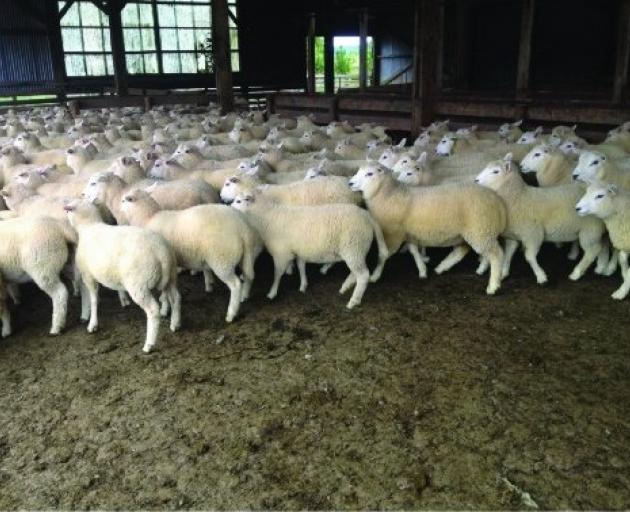 Photos: Supplied
Livestock numbers available for processing over the rest of the season are lower than in any of the previous five seasons, a forecast by Beef + Lamb New Zealand's Economic Service shows.

The average values per tonne for lamb, mutton and beef exports were at record or near record levels in the December quarter, the forecast says.

The total number of lambs available for processing in 2017-18 was forecast to be up 1.3% on the previous season.

However, the number processed in the December quarter was up 13%, leaving 2.1% fewer lambs for the remainder of the season compared to 2016-18.

B+LNZ estimates the number of sheep available for processing in the January to September period of the 2017-18 season is down 17% compared with the previous season.

The total number of sheep available for mutton in 2017-18 was forecast to be down 6% on the previous season.

However, 15% more were processed in the December quarter, which was a record for the period.

Additionally, Australian sheepmeat exports were forecast to drop in 2018, with Meat and Livestock Australia projecting Australia's lamb exports to be down 4% and mutton exports down 6%.

The total number of cattle available for the 2017-18 season was estimated to be even with the previous season but down 3.7% on the five-year average.

However, 15% more cattle were processed in the December quarter, which meant 4.7% fewer cattle were available for the rest of the season, Mr Burtt said.

Silver Fern Farms' latest supplier update said there had been some push-back on price for selected lamb cuts as demand levels softened slightly, which was typical for sales post Easter and Chinese New Year arrivals.

In beef, the US grinding market remained steady across all lean bull and cow products on thin trading.

Importers were holding back on large-volume orders with a sense at the moment there was abundant supply of US domestic product currently available.

Typically, February was a quieter seasonal transition period for sales before demand picked up as the US headed into warmer weather. Demand from China remained quiet during the Chinese New Year celebrations.

For prime markets, the New Zealand domestic market had strengthened slightly. That was driven by lower New Zealand production and demand from restaurant sector, due to the record high tourism numbers.

It was expected to continue through February.