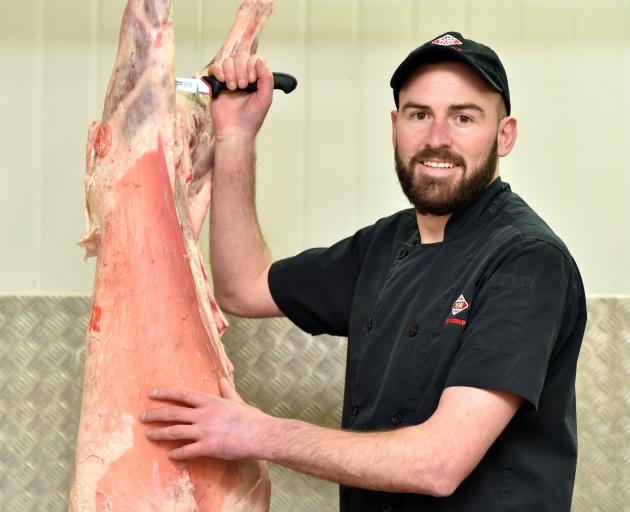 Finalists were chosen throughout June and July, from five regional competitions held throughout the country.

On Tuesday, 12 competitors across two categories went head-to-head in various challenges, including interviews, a written exam and a two-hour cutting test.

It was Mr Webster’s second attempt at the competition. He won the Dunedin regional final last year but was unable to compete at the national competition due to injury.

Mr Webster (31), who is in his third year of an apprenticeship, changed careers four years ago from graphic design.

He worked at Alliance Group’s Pukeuri meat plant near Oamaru during his school holidays, which had given him a good background.

‘‘It was something I always wanted to come back to. I do a lot of hunting and the processing of animals to eat is something I’m really passionate about, so learning the art of butchery is something I have really enjoyed,’’ he said.

The hardest part of the competition was the lead-up to it, he said.

‘‘Once I got into it and got a knife in my hand, I felt fine but it was the sitting around and waiting for the interview and the two hours before the cutting test were the hardest bits,’’ he said.

During the cutting challenge, Mr Webster had to make value-added products from pork, beef, chicken and a mystery meat, which turned out to be lamb.

By the end, he had created 24 different products.

Opening his own store was a goal.

‘‘Definitely in the future working on my own thing is a goal but, at the moment, I am focused on honing my skills and learning as much as I can,’’ he said.