Together with farm adviser John Tavendale, and their families, the group is behind Beltex New Zealand, which has brought the breed to New Zealand.

''They're a double-muscled Texel, with higher meat yield, bigger eye muscle areas, bigger legs. It's all a plus in terms of meat production,'' Dr Allison said.

The breed was imported from the UK, and was originally from Belgium and Holland. 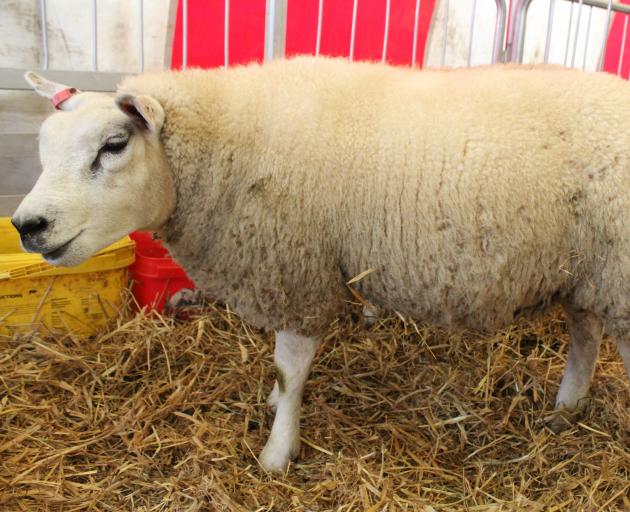 One of the Beltex sheep on show at the field days stands in the pen waiting to be examined by members of the public. Photo: Nicole Sharp

Embryos of Beltex sheep were collected in November-December 2016 and the embryos were imported in to New Zealand in February last year.

''We put them in to ewes here at Mt Somers in March 2017. These ones here [on show at the Southern Field Days] are the result.''

Dr Allison decided to import the embryos as they had never been able to get anything out of England before and previous importations had been ''eye-wateringly expensive,'' he said.

Now the rules had changes and the risk analysis had been done, washed embryos could come straight in to New Zealand without quarantine.

At present there were 55 purebred Beltex sheep in New Zealand, made up of 30 ewes and 25 ram lambs, which were carried by surrogate mothers. 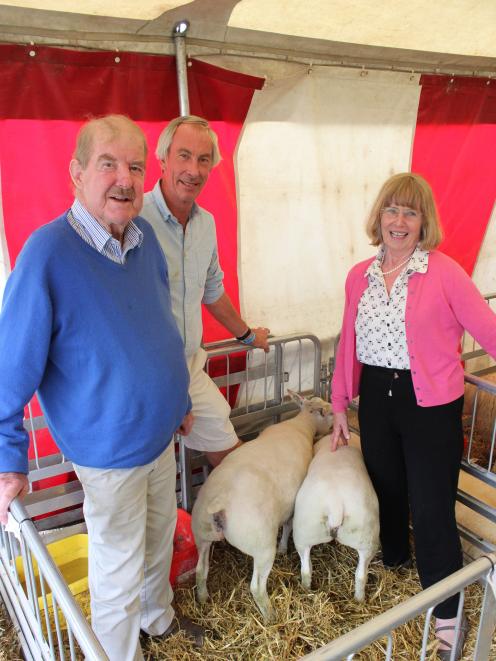 As a Texel, they were handling New Zealand conditions well, Dr Allison said.

''As a Texel they are pretty hardy. We're being very kind to them as they were very expensive to get here. We're not exactly putting them in cold rooms to test them.''

The group was keeping all of the females, with plans for more embryo transfers this year, with more than 100 embryos coming in to the country.

''We'll expand the numbers a bit. We'll breed more crossbreds as will people who buy the ram lambs, and we'll go from there.''

One of the major drawcards of the Beltex breed, was the ability to use the rams as a cross, meaning farmers would get a higher killing out percentage and a higher meat yield, which meant getting paid more, Dr Allison said.

''So higher value lambs and the ability to access higher quality value markets.''

The Beltex breeders are having an auction on March 23, where 16 ram lambs will be offered for sale.