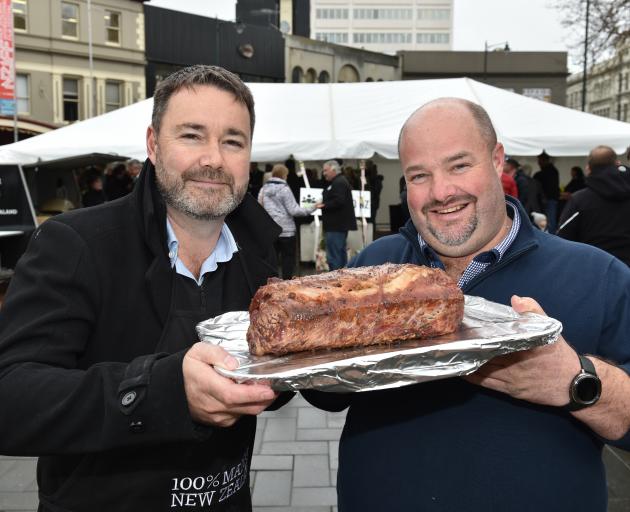 Wet, cold weather did little to dampen the event, with hundreds of city workers and visitors enjoying a (real) steak roll and salad.

Ag Proud was started by a group of Southland farmers with the aim of helping "bridge the rural-urban divide" and was attracting new members at a rate of 100 farmers a day, one of its founders, Southland share milker Jason Herrick, said.

At yesterday's count, more than 3400 members had signed up less than a month after starting.

The catalyst for its formation was negative farming publicity related to the recent winter grazing media campaign, though Mr Herrick said the group had "no desire to be political".

"It's really just about being proud of our role and our contribution to the community."

An important element was also to highlight the mental stresses farmers endured, in what was often a thankless job.

He acknowledged companies such as SFF and other agri-businesses, which had the capability and resources to mobilise events like the lunch, despite "some pretty average weather".