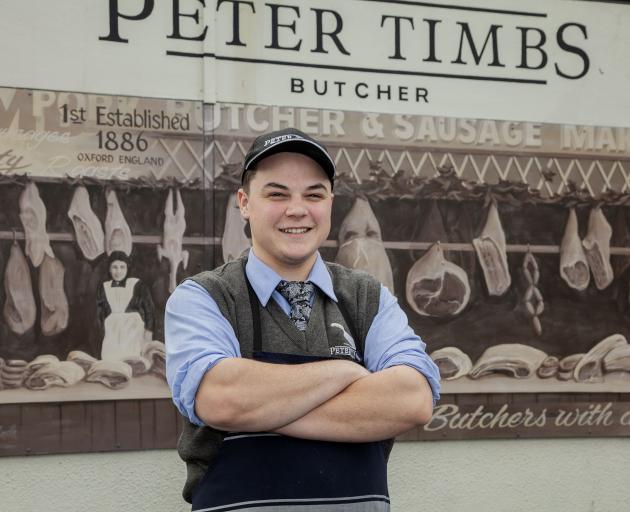 “I didn’t really expect it, it was my first ever competition so I was blown away. I couldn’t stop smiling,” he said.

“I spent a lot of time after work practising and brainstorming ideas, and now that I am through to the grand final I will be focusing on the finer details and getting my display really polished.”

Wright is in the third year of his apprenticeship at Christchurch butchery, Peter Timbs Meats, and said the support of his mentor and boss, David Timbs, was a driving force behind his success.

He has spent many hours with his mentor breaking down cuts and timing himself to beat the two-hour mark.

The competition saw the upper South-Island’s top butchers put their boning, trimming, slicing and dicing skills to the test by breaking down a size 20 chicken, a whole pork leg and a beef short loin into a display of value-added products at speed. 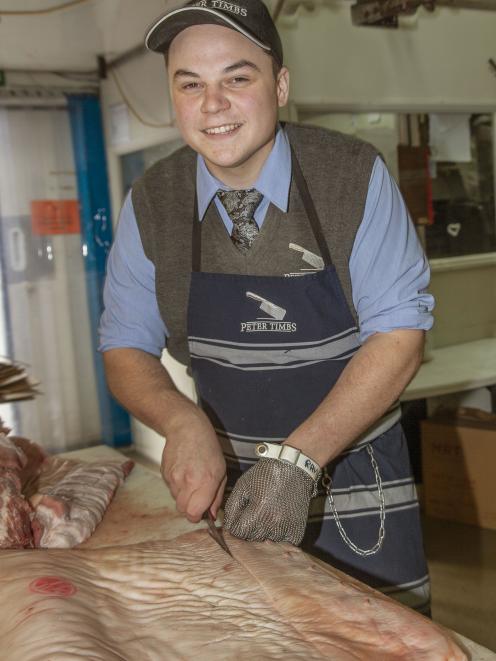 Blair Wright. Photo: Geoff Sloan
Wright will now be gunning for first place at the grand final in Auckland in November, where they will further showcase their cutting skills, creativity and knowledge of the trade against the best in the country.

“I’m feeling super excited and keen to showcase my skills to the rest of New Zealand,” he said.

The 18-year-old is a keen hunter and the hobby helps him have a better understanding of each animal, which was a motivator behind his decision to enter the industry.

Many people preferred a ribeye, he said, but in his mind, the tenderness and versatility of the beef sirloin is why he believes it is the superior cut above all.

Aside from butchery, playing the drums and guitar keeps him occupied when he had a moment to himself.

“Everyone is going to need a butcher in their lives at some point,” he said.

“I have a year and a half left of my apprenticeship, but I’m quite keen to branch out to the home-kill industry later on.”