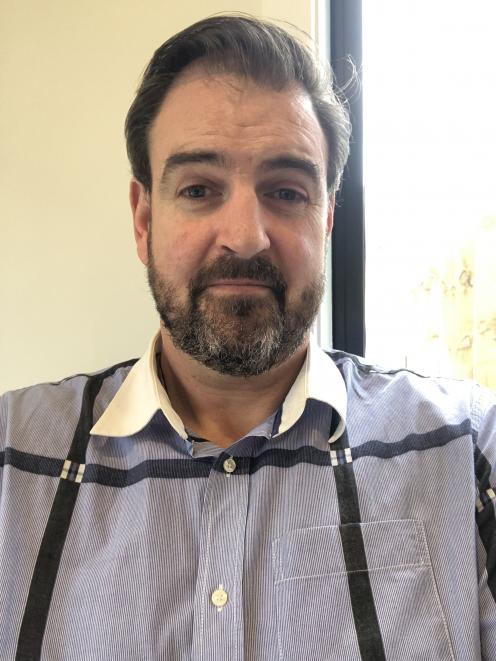 Raised on southern farms, he has trained as a teacher and journalist, coached rugby here and overseas, has been a regional sales manager and is now in charge of the North Island for Beef + Lamb New Zealand.

He is also a family man and still helps out on friends’ farms.

His earliest memory is of living at Rocklands Station, near Middlemarch, where his father, Ron, was a head shepherd.

The family moved around the region, working on farms at Lumsden, Wyndham and Lochiel before leasing land at Hindon for 12 years in the mid-1980s.

From there, they moved to Hawke’s Bay.

When he left school at 17 he wanted to be a professional rugby player — his grandfather, also Ron, was an All Black in the 1930s.

He also wanted to get a team of dogs and go shepherding but his father managed to change his mind for him.

"He said I would probably be in debt for 35 years, or end up running a place for somebody else until their son takes over."

After graduating with a bachelor of arts, history and political science, he returned to university to train as a secondary teacher and later as a journalist.

He taught at Taihape College, then went overseas for four years where he played and coached rugby in Ireland and Scotland.

When he returned he worked in rugby management in the King Country and Bay of Plenty unions.

He then moved to Summit-Quinphos, which became part of Ballance Agri-Nutrients, and became a regional sales manager for nine years.

From there he joined BLNZ with John Ladley as his South Island counterpart.

"There are lot of skills I use in management from teaching to rugby coaching, to help get the most out of people, often more than they thought they were capable of.

"It doesn’t matter what career you take on, as long as you apply yourself and remember where you came from.

"I still consider myself a South Islander."

He has been particularly proud of his involvement with pan sector Winter Grazing Group.

"We got wind the Government wanted to do away with winter grazing. If it was eliminated, how would farmers feed stock and keep them alive?"

One of the successes was the introduction of the international definition of a feedlot for use within New Zealand.

"I was really pleased to be a part of it as it is a key thing for the sector.

"It is a testament of people who were put forward from the different organisations who were prepared to collaborate or compromise rather than being combative."

They also worked with Government on the new Essential Freshwater regulations, which would make farming even harder.

"We have to empower farmers to work through those regulations rather than have Wellington tell us how to farm."