Traceability key to alliance between butcher shop and farm 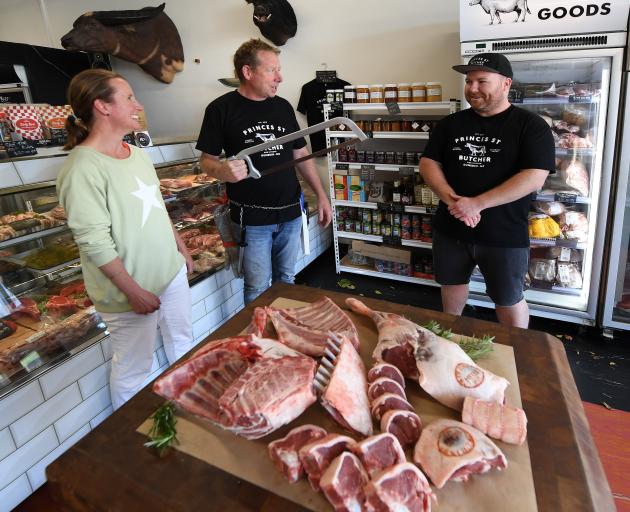 Tracey and Carey Hancox, from Catlins Coast Premium Meats, with Princes St Butcher and Kitchen owner David Gibson and a side of their lamb. PHOTO: STEPHEN JAQUIERY
It is an alliance with its origins formed on the coastal pastures of the scenic Catlins.

Princes St Butcher and Kitchen owner David Gibson was looking for a supply of lamb with full traceability back to the people who owned the farm that grew the product.

Carey and Tracey Hancox, whose diversification on their busy farming operation near Owaka includes an on-farm butchery, were keen for a retail presence as most of their sales were online.

On Thursday, Mr Gibson took his first delivery of lamb from Mr and Mrs Hancox, some of which was available at the Otago Farmers Market on Saturday.

It was a return of lamb to the market and Mr Hancox said it was a "really good opportunity" for Catlins Coast Premium Meats to be there.

Their motivation was showing consumers there was "better options out there" and, in a taking coals to Newcastle example, they were supplying some farmers with meat. 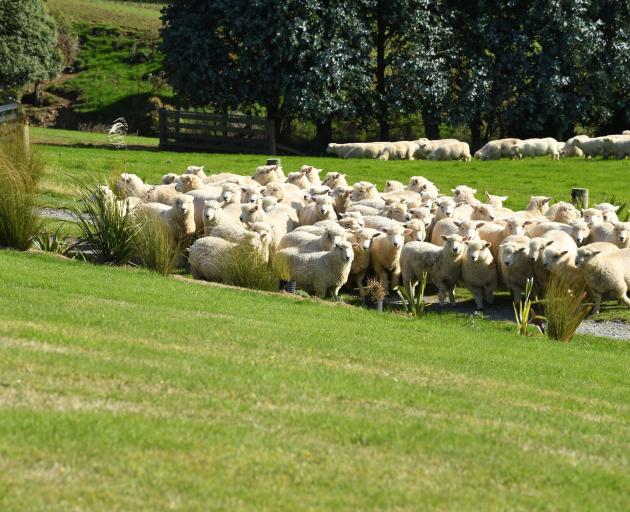 Sheep on the Hancox family’s farm in the Catlins.
They would be supply whole lamb carcasses to Mr Gibson and every single piece of the animal would be used at the central Dunedin butcher shop.

Hopefully, down the track, there would also be an opportunity to supply restaurants as well, he said.

Mr Gibson, a former chef who left his job in sales and marketing in 2019 to open the shop, said it was initially set up "as a bit of a trial to see how it would go".

He had struggled to source lamb and beef from one entity — he liked single-source suppliers, as did customers for whom traceability was becoming increasingly important — and said what the Hancoxes had done was fairly unique.

"Having a butcher shop on a farm is pretty epic," he said.

The store — and its stall at the farmers market — was drawing "wonderful" clients from a variety of ethnicities.

People were eating less meat but they wanted better quality and there were many that also wanted to support local producers.

He personally loved cooking, mixing flavours and seeing people get joy from food which was so much about socialising and family.

People had also learned how to cook during Covid-19 lockdowns and were realising they could grow vegetables at home, or shop from the local fruit and vegetable store, or butchery, get high quality ingredients and produce delicious meals that were cheaper than dining out.

Mr Gibson had learnt a lot both from the shop’s customers and from his travels around the world.

He was also looking forward to learning more about
farming from his new suppliers.

"I’m getting to understand the terminology" — and both he and the shop’s staff were excited about the partnership, which could only grow.

Good on you guys!