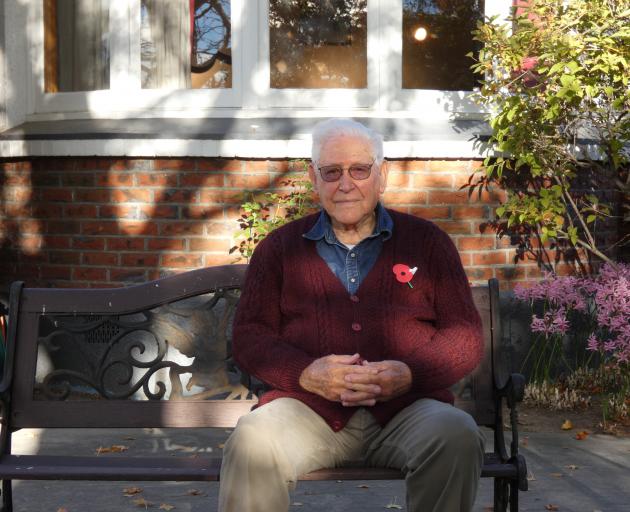 The Alexandra man is the last of three, the late Brent Gow and the late Fred McSkimming, who "started the thing".

He had, in part, been inspired by the exploits of Godfrey Bowen whom a British newspaper described as "shearing with the grace of [Rudolph] Nureyev’s dancing".

In 1953, Bowen broke the world record by shearing 456 full-wool ewes in nine hours.

"He was shearing these big tallies and claimed the world’s fastest shearer title but it was only one type of sheep." His experience with the fine-wool breed was honed in Bramfield, South Australia, which is linked to Bramfield Station, 12km from the coast, complete with a school, hotel, and police station with 16 officers. He continued to shear merinos upon coming to New Zealand in 1948.

The competition was an initiative set up with the Moa Creek Young Farmers’ Club but shearers from throughout Central Otago were slow to lend their support.

"It was their competition."

Undaunted, he and the others forged ahead with plans to get the competition off the ground starting with the sheep.

"The first and only ideal place was Earnscleugh Station, because it was all merinos and the owners agreed to supply the sheep."

Sponsors had to be found and support for the competition came from an unlikely quarter.

"The biggest supporter was the chemist. I went to see him on a Friday night and told him what we were going to do ... he opened his drawer and gave me £40."

Stock and station agency Wright Stephenson also supported the event, while Mr Dreckow paid for the programme to be printed.

A big competition needed a big trophy and a Dunedin stock agency stumped up a "big cup". Gold, silver, and bronze medals for competitors were also found.

The venue — the Alexandra Memorial Hall — was to cause a scandal, despite taking precautions to protect the hall and floors with tarpaulins sourced from the railway.

Mr Dreckow also admits he made a mistake in the selection of the stock for the first competition.

"That first competition in the hall we had big wethers from Earnscleugh Station, I was told ‘where you’ve b... up Ted is you’ve got to make this competition a thriller, you’ve got to have the crowds roaring’."

The folded necks of merino wethers would slow the action.

That, plus the hall debacle, were things Mr Dreckow would learn from the 1961 competition.

Tweaks were made, such as moving the competition to Alexandra’s Molyneux Stadium.

Mr Dreckow’s involvement petered out over the years.

"I was part of starting it and saw it through, but they [organisers] have a good job since."

It has gone on to become the only national merino shearing and wool handling championship and the first held each season.

The New Zealand Merino Shears will mark its diamond anniversary on October 1 and 2.