0 Comments
Of about 150 rams, one stood out to John Henricksen at the 2022 South Island Premier Ram Auction in Gore yesterday and he was willing to pay top dollar to get it.

Selling for $15,500, the ram attracted the highest price for a Perendale ram at the auction.

Mr Henricksen said he was happy with his purchase.

"I thought he was the best." 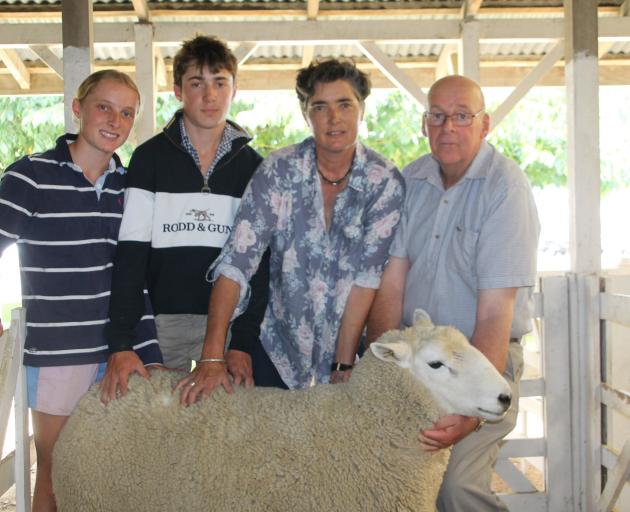 John Henricksen (right) with the ram he bought for $15,500 at the 2022 South Island Premier Ram Auction in Gore. Joining him are the ram’s breeder, Annabel Tripp, and her children Georgie (15) and Joe (17) Veronese. PHOTO: MICHAEL CURREEN
The ram was bred by Annabel Tripp and her family on their farm in Snowdon in Canterbury.

"We put a lot of time and effort into breeding them, so I guess we’re just really happy that people like what we’re breeding."

Gore A&P Association ram fair secretary Joanne Hall said only one other ram fetched a higher price than the one sold to Mr Henricksen.