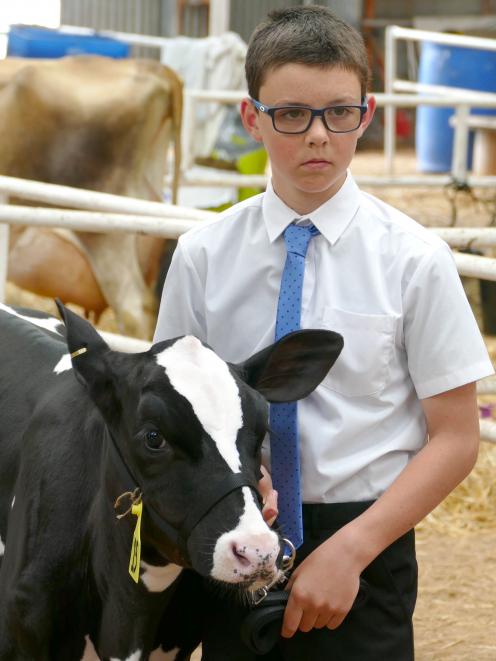 Spectators were not allowed to attend, leaving the district’s town and country showpiece somewhat quieter than usual.

Despite that, A & P society president Bridget Lowry said the event remained a success.

Although it was "sad" not to see spectators thronging the showgrounds on Saturday, the pared-down programme had a small personal silver lining.

"At a personal level, this is the first time I’ve been able to exhibit [cattle] at home for a number of years, and that’s gone well," she said.

"But we’d really like to get back to our busy normal next year, and will be doing everything in our power to do so."

Mrs Lowry said the show had received its highest number of entries in the home industries section for several years.

The section was moved off-site to comply with crowd rules and is on show in the former H & J Smith shop windows on Balclutha’s main street this week.

"I think it’s just a bit of normality people are after, and something to look forward to and take part in as a community.

"When we were planning as a committee, cancellation was not an option.

"We talked to our subcommittees, and decided what we could still do to go ahead safely, without making a [financial] loss as a society.

"That we’ve been able to do that is a credit both to them, and to our many generous sponsors who’ve stepped up to make this happen today."

Shelli Mears, of boutique Palmerston dairy Otago Fresh Milk, said it was the first show she had been able to attend this season, due to Covid-19 cancellations.

She praised the society for its "courage" in proceeding.

"We’re really grateful to South Otago A & P [Society] for putting on this exhibitor-only show so we have a chance to come out and compete.

"This is our social life. These are our friends and this is how we get to see each other each summer."

She was not sure whether there would be further opportunities to compete this season.

"There are some shows that are still undecided, but a lot of the shows we would usually attend have had to cancel because there’s just so much uncertainty around the new [Covid-19] framework."

She and her family had enjoyed the South Otago show, despite the absence of spectators.

"It has made a difference though. This is our shop front, which is a big part of the reason we show, alongside the competitive and social element."

"We’ve got a long affiliation with South Otago. This feels like coming home."