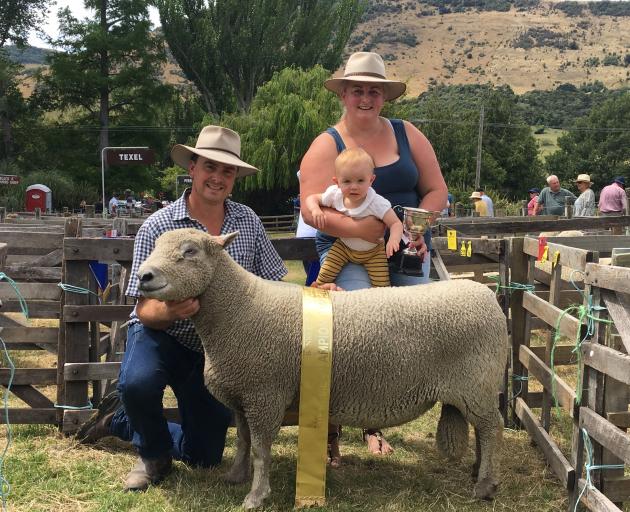 "We won it in 2017 at Little River with a Dorset Down ram. We like coming over here. It’s a good little show and very well run," Mr Burrows said.

The champion ram was bought from Lincoln farmer Brent Macaulay, and the ram’s daughter, a two-tooth Southdown ewe, claimed all breeds champion ewe.

One of Mr Burrow’s Dorset Downs also won all breeds champion ram lamb, to cap off a good start to the New Year.

"It makes the early start worth it," Mrs Burrows said.

"The entries closed before Christmas and they were slow coming in, so [show junior vice-president] Ben Butterick put out a message saying ‘we’ve got no entries’, so we made sure we had a good team," Mr Burrows said. 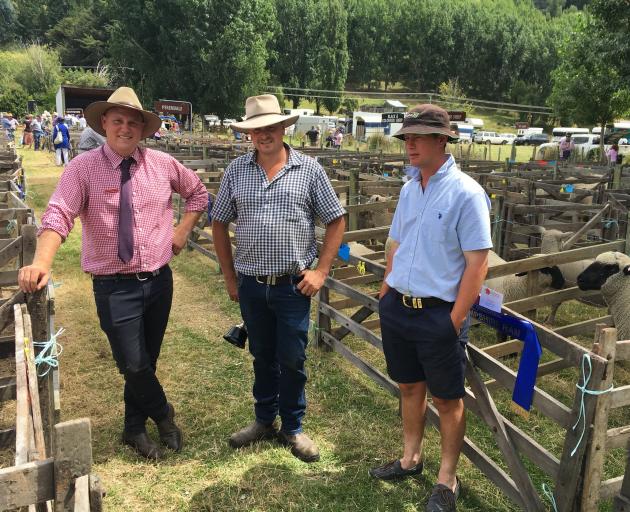 "I’ve had a good run with the Dorset Downs and when I got together with Stacey, she decided we needed some Southdowns as well, so they’re her thing really .

"I’m a stickler for the Dorset Downs really, but they’ve all got their attributes. The Southdowns, we sell a lot of them for hogget mating and they’re going really well.

"We’ve got a sheep conveyor business and a lot of places we go to use Suffolks," he said.

The Suffolk stud has been established for the couple’s 13-month-old daughter Holly.

Stud sheep are in Mr Burrow’s blood, as his father Tom Burrows, the New Zealand Sheepbreeders’ Association president, has been breeding sheep since the 1970s, and his great-uncle Tug Burrows was a well-known Corriedale breeder.

Mr Burrows was pleased to be back to showing sheep and catching up with farmers, after some shows were cancelled last year due to Covid-19.

"We’ve got a year to catch up on now and have a look at everyone else’s sheep. We were at home looking at our sheep the whole time."

Sheep convener Dave Butterick was pleased with the response, after an uncertain year.

While entries were down compared to last January, there was no feature breed this time, which tended to boost entries.

"Last year was one to forget, so it’s just good to get back to having some shows."

Southdown sheep entries were strong, while the black and coloured sheep classes were well-supported and there were good numbers of Poll Dorsets and Suffolks, he said.