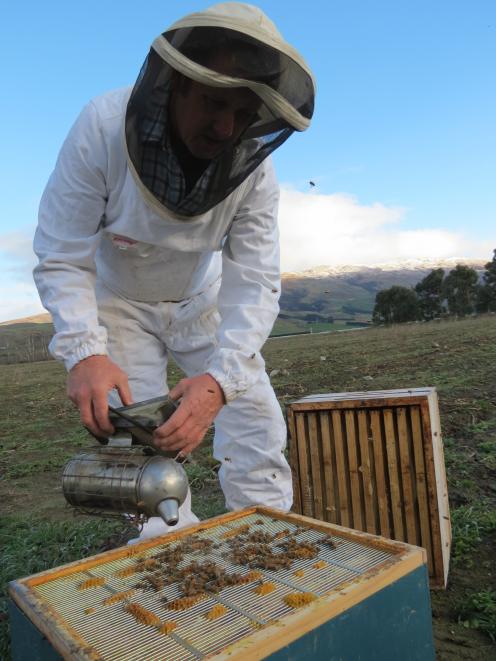 Russell Marsh, of Marsh's Honey, Ettrick, is in favour of upskilling the industry. Photo: Yvonne O'Hara
Beekeeping is being offered for the first time by Otago Polytechnic at the Central Campus in Cromwell.

Campus manager and head of college Kelly Gay said offering an apiculture programme was prompted by the "sad demise" of the Taratahi Agricultural Training Centre that was placed in liquidation in December last year.

"That all happened with such speed that a lot of people, including us, weren't able to respond quickly enough."

The programme would be based at the Central Otago campus with lead tutor David Woodward, and there were plans to offer the programme in Christchurch and Dunedin.

About a dozen places would be available in each of the locations, Mr Gay said.

The course was a mix of practical and theory, designed for both professionals and non-professionals.

"As part of the programme you actually construct a hive."

Mr Gay did not have specific details but believed some students affected by the liquidation of Taratahi would have been in touch.

"I suspect if you actually talked to the students in the programmes, a lot of them would have been planning to participate in apiary programmes through Taratahi," he said.

The programme might be an "interim step" as the Government moves ahead with plans to merge New Zealand's polytechnics into one campus.

"It is all a bit awkward at the moment because, obviously, with central reform going on at some stage all the polytechs will be working far more closely together, so I think, really, this is an interim step while we move towards that reality," he said.

Dunedin apiarist David Milne, of Blueskin Bay Honey, said it would be a "good thing" to have more educated people.

"If people want to learn it then it is good that they can do it here."

He had been keeping bees for 24 years - "I started before it was popular".

Mr Milne said anyone keeping a beehive had to be registered and have government-approved inspections because of bacterial disease American foulbrood, which infected hives.

"It's got to be registered and you've got to have someone qualified checking it every year, because if other hives get that disease then they have to be burnt.

"We don't want people who don't know what they are doing putting beehives here, there and everywhere and then they neglect them and the guy next door who has 15 hives needs to burn them."

Apiculture New Zealand board member and apiarist Russell Marsh, of Ettrick, said any industry needed upskilling continuously and the apiculture industry had "probably not been good at that in the past".

"Looking back now in hindsight, more of these programmes should have been in place earlier. The industry needs as much upskilling as it can get."

The industry had previously been limited for resources but had become more attractive both financially and as a lifestyle in the last few years.

There was some oversupply in the South Island at the moment, but honey was a product that, under the right conditions, could be held for a long time.

"A lot will depend on how you've structured your business going forward." 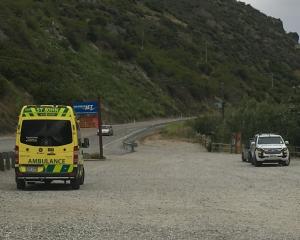 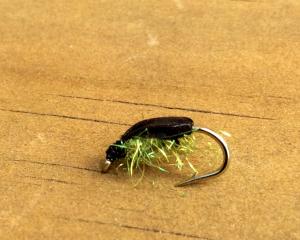 At last, a chance for some productive fishing on the Taieri’s upper reaches

"There was some oversupply in the South Island at the moment", if that is the case, why are we still being charged outrageous prices?.
"honey was a product that, under the right conditions, could be held for a long time", if not forever as evidenced by honey found in Egyptian tombs.