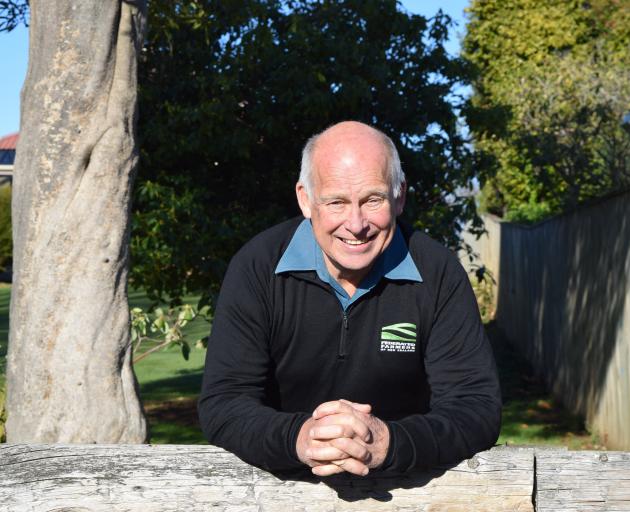 More electronic methods of communication were available but most farmers still preferred to meet "face-to-face".

"The day that changes, I think we are in trouble."

The co-ordination of meetings featuring knowledgeable speakers who could understand and communicate on a range of government policy was "critical".

Federated Farmers was the second-largest employer of staff doing policy and advocacy work.

"We are second only to the Government."

Farmers needed to remain united in these times of change to continue to show all New Zealanders the positive work of the rural sector.

"Never has it been more important than now."

Farmers were facing more new legislation than before and had less time to digest it and make submissions on it.

"That’s why now, more than ever before, it is vital to have Feds because they are apolitical."

He had been with Federated Farmers for nine years, after finishing as a territory manager for the Gallagher Group in 2012.

For Gallagher, he sold products, such as weight scales, electric fencing and trough valves, to farmers south of the Waitaki River.

He was born and raised on a 190ha sheep and beef farm on the edge of the Raglan Harbour in Waikato.

By the time he finished at a boarding school in Auckland, his parents had sold the farm to a neighbour.

The farm was never going to be big enough for him or his siblings to take on.

Out of school, he got a job in a Hamilton sports gear shop which also sold wholesale tobacco.

In the role, he was encouraged to play as much sport as possible, as long as he found time to do the morning cigarette run.

"I had two years of being a professional sportsman. I was a sports nut so it suited me to a T. I didn’t earn very much money but man was it a great two years."

A love for motorsport led him to a job at AH Franks Tyre and Auto in Hamilton, which had since been destroyed by fire in 2016.

At the time he and his wife, Janette, and their two children were living on and managing a 66ha farm block in Te Kowhai, a small town near Hamilton and from this rural connection, accepted a job offer at Allflex.

"I travelled everywhere from Taupo to Gisborne to Kaitaia — that exposed me to being an on-road salesman."

During those "intensive" three years for Allflex from 1985, he sold ear tags and vet equipment.

When Allflex acquired another company, Donalds, its product range expanded to include weight scales, woolpresses and yards.

After a promotion, he became a sales manager, based at head office in Palmerston North.

His farming background put him a good position to sell the new range of equipment.

"It was an interesting and challenging time."

He stayed in the role in Palmerston North for two years.

"Head office was not my ambit — I needed to be out-and-about and meeting people."

When a decision was made for Allflex to enter the South Island market, he and his family eventually moved from Feilding to Outram.

He remained national sales manager and remembers spending 185 days away from home and family in a year.

In the three years in the Allflex role in the South, he recalled sales being strong, for example, once selling 10 woolpresses in a single day at the Wanaka A&P Show.

Looking for a new challenge, he accepted a job offer from Gallagher and spent 19 years with the company.

In his time with Gallagher, the company extended its product range from electric fences to include products such as electronic weighing scales.

The best part of the jobs was being able to have honest and rational discussions with farmers.

"I became a face people knew and trusted. Farmers live on trust and relationships."

He used those same qualities in his role with Federated Farmers.

The process had begun to recruit someone to continue in his job.

"Whoever takes it on needs to understand farming and hopefully get the same enjoyment out of it as I have. I’ve always been passionate about where Feds is as an organisation and how it fits."

He was thankful for having a career including three rural enterprises which were all the "bee’s knees" to work for.

In retirement, he planned to spend more time with his grandchildren, shouting support during their soccer games.

"Janette has an e-bike so I’m going to have to get one and we will go and do some of that."

He would also spend time reconnecting with family and friends, many of them made during his time working in the rural sector.

"Having been paid to travel around New Zealand I can now go back in my time and catch up on those long-lasting friendships."