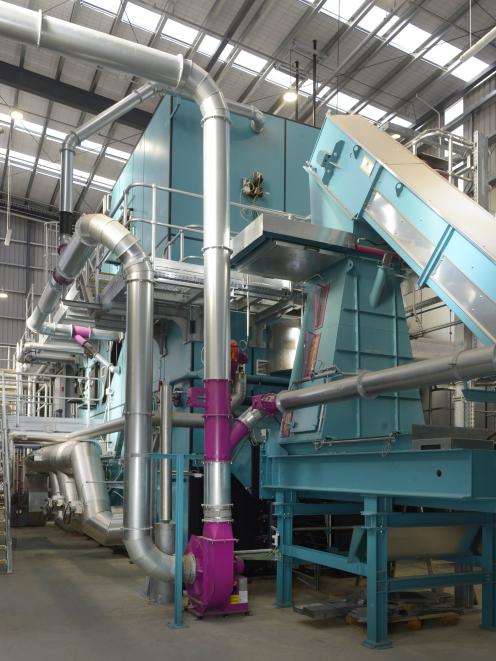 Pan Pac wood processing plant near Milburn in South Otago has been operating with a biomass wood-burning boiler for about six years. The biomass boiler is pictured in the centre. PHOTO: ODT FILES
With this week’s announcement that the Fonterra Stirling plant would be converting to biomass energy, South Otago looks to be leading the way in showing a multimillion-dollar commitment to sustainability with many of the major manufacturing plants moving to wood-burning boilers or alternative energy sources. Mary-Jo Tohill reports.

This was originally planned for August, but the project had faced delays because of Covid-19 restrictions in Oceania.

The South Otago wing of the French food company recently completed installation of the main equipment and a 75m long conveyor belt system. So far, more than 300 tonnes of building steel had been erected.

When running, the biomass boiler would reduce the facility’s CO2 emissions by 20,000 tonnes annually. Together with a switch to 100% green electricity early this year, would mean a 95% reduction in the carbon footprint.

‘‘This project is part of our commitment to improve our facility’s environmental performances and work towards our Danone goal to become a carbon neutral company by 2050. It represents a $30million investment over five years,’’ she said.

The company installed the latest 10MWh Polytechnik Biomass boiler at Milburn, ‘‘which we are very proud of’’, general manager Tony Clifford said.

‘‘We installed it in 2015 as part of our $25million upgrade of the Milburn Sawmill Site. The boiler produces hot water for our lumber dying kilns at Milburn.

‘‘Sawmills are generally (not always) self-sufficient in biomass fuel to generate enough process heat to dry the products they produce, that is, they generate enough sawdust and bark to produce the heat required for the volume of wood they need to dry.’’

Pan Pac was ‘‘very familiar’’ with Biomass boiler technology having installed a 25MWh boiler at the Whirinaki Napier site in 1978 and then an additional 40MWh bubbling fluidised bed boiler in 2000 to cater for the growth in lumber and pulp drying, he said.

At its recent annual farmer conference in Wellington, Silver Fern Farms, which operates the Finegand meat works near Balclutha, announced the elimination of coal across its 14 sites by 2030.

In April, the company announced it would be reducing coal consumption by 48% after receiving co-funding from the Energy Efficiency & Conservation Authority (EECA) for coal reduction projects at Finegand and Belfast. The projects will reduce Finegand coal usage by 80% and Belfast by 52%, and would be achieved by installing high-temperature heat pumps which produce hot water using previously wasted refrigeration heat.. 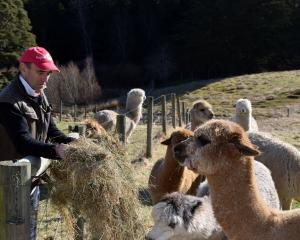