Steve Kerr, of Fairlie, gives pointers to over 30 visitors at the dog training day last Wednesday held at Lindsay Carruther's property in Middlemarch. Photos: Ella Stokes
From training dogs as a youngster to having success at a national dog trialling level, Steve Kerr knows a thing or two about getting the best from a working dog.

It was the first time the training day had been held there and Mr Carruthers said it was great to give people the opportunity not just to watch, but also get involved with their own dogs.

Mr Kerr grew up in the Mackenzie Basin and now runs his own sheep and beef farm, Berkeley Downs, in Fairlie. 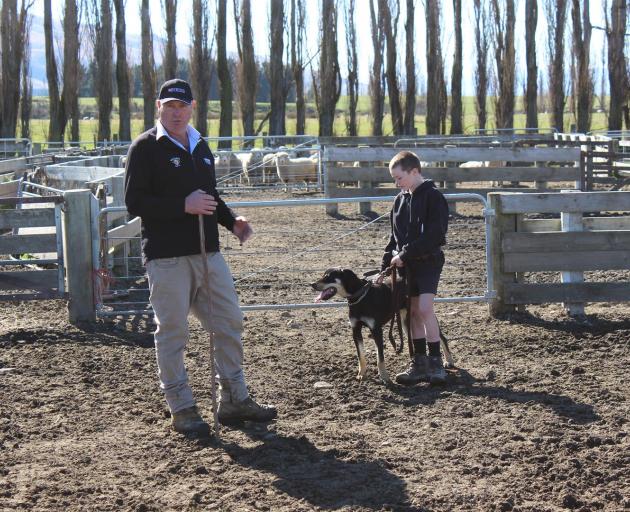 Steve Kerr teaches Josh Geddes (10) the best things to practise with his pup Tam.
Training working dogs had been a part of his life ''right from the get go'', and he learned a lot from his late father, Peter.

Mr Kerr has been passing on tips through local training days for over 10 years. 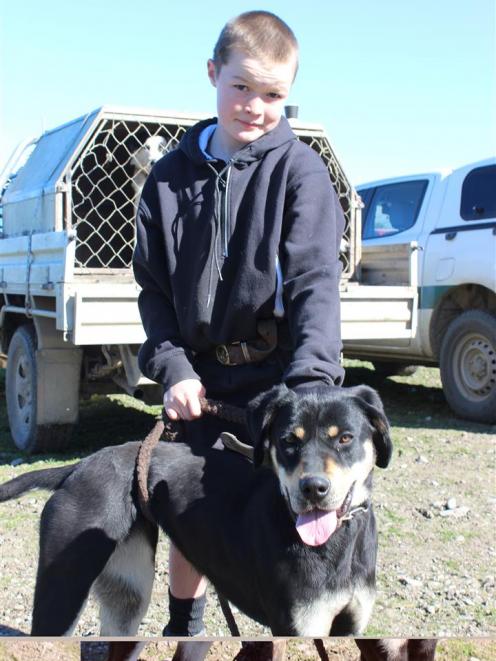 At the dog training is Josh Geddes (10) from Middlemarch with his pup Tam.
But, since March he has been taking his knowledge around the South Island with sponsorship from Farmlands and Purina.

Mr Kerr has had many successes over the years and has two South Island titles and also a runner-up national title under his belt.

He was past president of the Mackenzie Collie Club and while he still enjoyed competing he also did a bit of judging.

Mr Kerr said getting ''in sync'' with an animal gave him a real buzz, right from when he started training them through to getting them to a competition.

He enjoyed the camaraderie of trialling and also having opportunities to pass his knowledge on to others.

He said training dogs and competing at trials was ''in his blood'' and he would keep doing it and helping others well into the future.