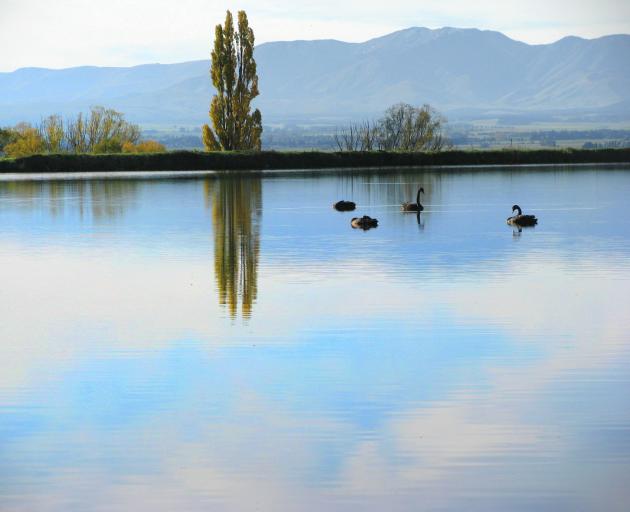 A perfect day on Mathias Dam. PHOTOS: MIKE WEDDELL
Prospects for fishing are good for the weekend, with rivers dropping and little rain predicted.

Most small streams such as Deep Stream, Waipahi, Waiwera and Waitahuna are in good fishing order. The Shag, which has been very low, rose a little with the rain at the beginning of the week but could do with more water. The Taieri and the Pomahaka are a little on the high side but dropping and clearing.

Stillwaters are worth fishing too. As the water has warmed up there has been more fish activity.

My main interest in conditions is focused on the Waipahi as the Waipahi Gold Medal competition will be held on that river on Saturday, November 7. Notice has gone out to all competitors informing them of their beats. Some regular competitors think that finding out which beat they draw is more eagerly anticipated than actually fishing it. I am happy with my beat as I have fished it in the medal several times before and have done reasonably well on it. Water level is the only thing that can make or break it for competitors.

Over the past week I have had couple of outings. The first was on Sullivans Dam. It was a perfect day for fishing, the lightest of breezes and the air temperature comfortable. 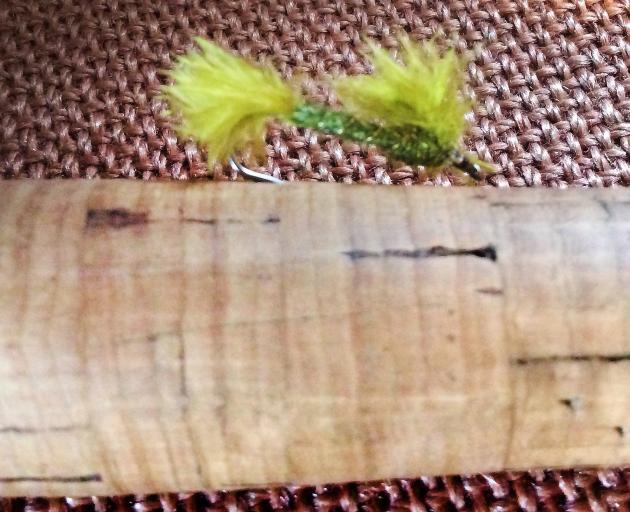 My most successful fly so far this season, the damsel fly nymph.
There were, however, few rises. Lack of rises should not put off the fly fisher; the fish are still there and at least some of them will be feeding. Lack of rises mean flies should be fished deep when covering the water.

My tactics are to fish a likely spot, which is usually where I have caught fish before cast out and let the flies sink for a while then start a steady retrieve. If I have not fished a particular water before I look for a spot that looks like a fishy spot on previously fished waters. If the fly is to be fished deep the retrieve should not be fast as this pulls the flies back towards the surface. It pays to watch the fly line as far along as possible for any indication of a take, such as the line straightening or the tip pulling down.

I did not have the need to identify takes for a while as there were none. After a while, a fish rose and I plonked the flies near the rise and started to retrieve. The fish obligingly smacked the fly hard enough to hook itself. I did catch one fish and missed another fishing slow and deep.

My second outing was on Mathias Dam in equally pleasant conditions. There were a lot more rises there, but mostly well out in the middle and beyond my casting range. The odd one came close enough to cover and I had several takes and landed a brown and a rainbow. The one other fish that I caught was fishing blind, slow and deep. The fish on both occasions were caught on damsel fly nymph and water boatman.