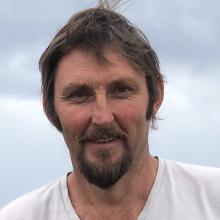 Simon Davies
Federated Farmers says back-to-back annual rates increases from the Otago Regional Council should come with a more detailed plan of what benefits would come from farmers’ money.

The ORC yesterday announced it would push rates up by 9.1% as part of overall spending of $75.5million, including expenditure on reworking water plans, increasing consent processing staff and capacity for environmental incident response.

Federated Farmers South Island regional policy manager Kim Reilly said the second consecutive year of rates rises had come without firm detail as to how the rate adjustments might be packaged.

"We'd like to see better support for catchment groups, more staff on key projects around water management and help along the ground with increased pest and weed management."

She said Federated Farmers intended to get involved during the annual plan process.

The rural advocacy group was also "deeply concerned" by the council’s decision to surrender vital decisions on regional water and waste plans to an out-of-district hearings body.

In a statement, Federated Farmers Otago president Simon Davies said sending regional water matters to a panel appointed by Environment Minister David Parker cut out crucial community input and "robs us of the opportunity for decisions that reflect local knowledge and a local voice".

He said usual Resource Management Act (RMA) processes were such that general submitters could relatively easily submit to and appear at council hearings without costly legal representation.

In comparison, the "called in" processes the ORC was proposing were considerably more formal, stressful and daunting, and typically required legal and expert representation.

"More worrisome, this whole proposal adds even more uncertainty and stress to farmers, who are already overwhelmed with the avalanche of national regulation coming their way at the moment."

Federated Farmers is very concerned that this announcement is within a week or so of the ORC conceding that the auditor-general is now involved in ruling on council’s overly-strict conflict of interest provisions, which seems to be preventing important votes to be held, and quorums met."

The council has primarily found itself in this position because of a lack of any real stakeholder engagement over recent years. Plans have been contentious as a result, and once settled there have been real issues with the council’s plan implementation, Mr Davies said.

"We have been frustrated that ORC plans, including the regional policy statement, that have only recently been resolved are now being redone.

"This comes at considerable costs to ratepayers and will lay increased onuses, costs, uncertainty and stress on resource users."

This is a bit rich. The rest of us are frustrated that our rates are predominantly spent by Regional Councils cleaning up, or monitoring, what farming businesses seem to be comfortable externalising.
You may not see it as a benefit, but it should totally be your cost, not mine, to ensure waterways are not polluted.