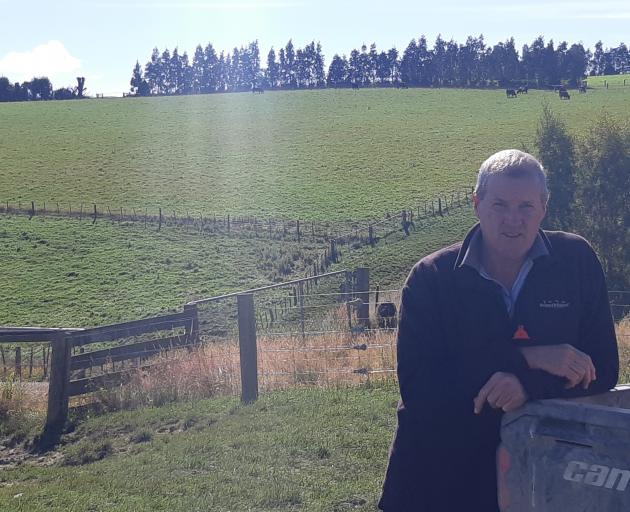 He was quoting fellow sheep and beef farmer Jane Smith, of Five Forks in North Otago, who made the comment during the recent Groundswell meeting in Waimumu, but he thought the sentiment accurately expressed the issue.

Mr McCall wants to see as many farmers as possible attend Beef + Lamb New Zealand’s annual meeting at Ascot Park Hotel, Invercargill, on March 17, to ask questions and express their views on important issues in the industry.

The day’s theme is "Positioning the Sector for the Future".

"Farmers need to be involved more than they are," he said.

He predicted the environment and Essential Freshwater rules, including the requirement for southern farmers to have crops sown by November 1, which he thought was "totally impractical for the region", would be a key discussion point.

He would also like to see more work done with catchment groups as a means to improve the environment through farmer-led engagement, rather than regulators waving a big stick.

"It is a conversation we need to have as it cost farmers a lot of money in the past 10 years for fencing waterways, and the water quality is improving."

He expected between 100 and 150 people would attend the meeting.

"This is an opportunity to catch up with the BLNZ team.

"People from head office need to hear from grassroots farmers as to how they are feeling and these meetings are an important way of doing it.

"Farmers need to know we are fighting for them."

BLNZ will also launch its "refreshed" strategy, which outlines its goals and activities for the next five years.

There will also be speakers outlining the latest international market outlooks and an update on the "Taste Pure Nature" branding programme.

The Miller family will host visitors on their sheep and beef property at Roslyn Downs.

It is a pilot farm for the New Zealand Farm Assurance Programme Plus, which is a collaboration between BLNZ and processing companies to align farm planning and farm assurance.