It is causing angst among a farming community already concerned about the ''tidal wave of legislation coming out of government'', says Federated Farmers Mid Canterbury provincial president David Clark. 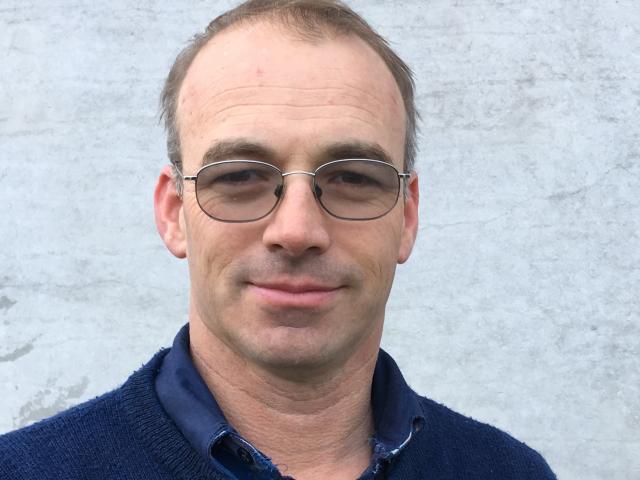 David Clark.
''Farmers are very, very nervous about what their future holds, extremely nervous, and purchasing confidence is being influenced by that,'' Mr Clark said.

''There is no encourager at the moment to invest in one's agricultural business. And that is going to flow into a service town such as Ashburton.''

It was unlikely to change any time soon, he said.

Mr Clark was at the ''Action on agricultural emissions'' information session hosted by the Ministry for Primary Industries (MPI) and Ministry for the Environment (MFE) at the Ashburton Trust Event Centre, in Ashburton, last week.

The session was one of 16 being held nationwide to inform people of the ''five-year programme of action to address agricultural emissions'', get feedback and encourage people to make submissions.

It was facilitated by Jo Sheridan, with MPI staff Chris Kerr, George Stracham and Toni Wi and MFE's Matt Everett and Kate Williman outlining the background to the proposal and, as much as possible, answering questions on emissions policies.

The consultation is part of New Zealand's response to the global effort to reduce greenhouse gas emissions to limit the world's average temperature increase, forecast to be 4degC by 2100.

To stabilise the temperature growth at about 1.5degC, changes need to be made.

The Zero Carbon Bill is now under scrutiny but the long-term framework has been set to reduce methane greenhouse gas emissions by 10% by 2050 and between 24% and 27% by 2050, and to get nitrous oxide and carbon dioxide to net zero by 2050.

Two options have been put forward in the consultation.

They have come through recommendations from the Interim Climate Change Committee and from conversations with leaders in the agricultural sector.

About 100 people from the agricultural industry attended the session. Many were farmers, including ones from outside the district.

Organisers were flooded with questions, and statements, during the open forum question time.

Some of the issues included the cost to farmers and the effect on farm profitability; why ruminants were considered more problematic than vehicles, aircraft or shipping; why riparian plantings, wetlands and growing grass, seed or weed on farm were not considered for offsetting emissions, as they took carbon dioxide out of the environment; the introduction of genetically modified product to help reduce emissions; and introducing cross border-type tariffs on importers so New Zealand's domestic farmers, facing emission penalties, could still be competitive.

Mr Clark was disappointed MPI and MFE were using a gross emission figure in their pie chart and ''continuing to perpetuate the lie that methane is 48% of NZ's emissions. That is just simply not true''.

The net figure was much different.

Mr Clark said ''methane is entirely different to carbon in that it is a gas that breaks down after a short period of time, commonly referred to as a flow gas''.

The methane emitted today replaced the methane that had broken down and been emitted more than a decade ago, he said.

''So long as stock numbers or, more correctly, the amount of feed fed to stock in New Zealand stays in balance, agricultural emissions are the equivalent of net zero.''

If the rate of admission and the rate of decomposition were the same, that was net zero, he said.

''In that same period, transport has almost doubled ... agricultural production in New Zealand has doubled.

''We are one of the world's most efficient food producers and New Zealand farmers should be incredibly proud of that fact and we shouldn't be vilified.''

He encouraged farmers, growers and industry to raise their issues and submit feedback to ''Action on agricultural emissions''.

This can be done online at submissions.mfe.govt.nz or in paper form by 5pm on August 13.