Farmers urged to have say on water 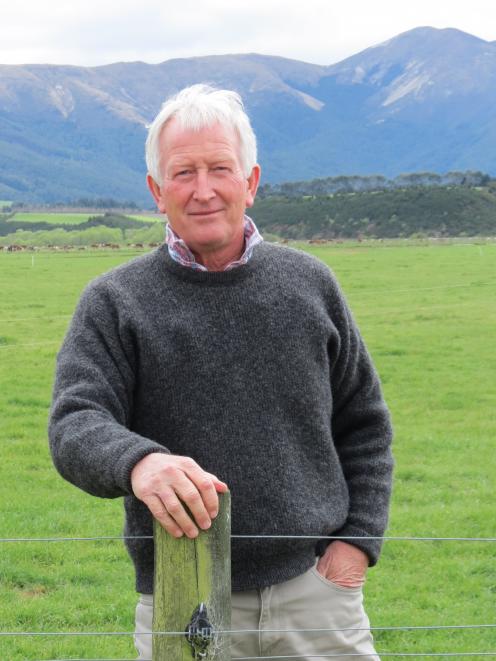 He has done the maths on the impact the Government’s proposed Essential Freshwater rules would likely have on his ability to earn a living from his 5400ha hill country sheep and beef Cattle Flat Station, near Balfour.

‘‘I woke up one early morning a few days ago and thought about the possibility of livestock farming getting too difficult,’’ Mr Young said.

‘‘In my instance, financially I would be far better off selling my stock and planting 3000ha of pine trees.

‘‘It is almost fully subsidised by the Government and I could sit back and do nothing and earn $2.1m a year in carbon credits for 18 years, and I don’t even need to cut the trees down.

‘‘I think that would be morally bankrupt with millions of starving people in the world,’’ he said.

He said carbon credit units were about $25 each at the moment.

He said while $2.1 million was more than his entire station generated annually, he did not envisage leaving farming simply because it was getting harder to farm.

However, the Essential Freshwater package in its current form and other Government initiatives had the ‘‘potential to decimate rural New Zealand and adversely impact the whole national economy’’.

‘‘Farmers need to be given the framework to find solutions for their own business.

‘‘It needs to be farmer solutions to farmer problems rather than top down one size fits all approach.

‘‘There needs to be an infringement scheme for non-compliance and prosecution is a last resort or for recidivist offenders.

‘‘I would urge all farmers to make submissions, both the positive and negative aspects of the proposal, and how it will impact on their own particular farming operation,’’ he said.

‘‘If they don’t agree with some of the regulations, they should put in alternatives.’’

He said the proposed nitrogen limits for some dairy and sheep and beef areas, meant farmers would have to reduce stock numbers.

The proposal that every farm have a Farm Environment Plan by 2025 concerned him as that would mean farmers would have additional consent and consultant costs just to continue farming.

‘‘It adds layers of bureaucracy to the sector without any increase in production,’’ he said.

The proposed requirement that all waterways be fenced off to a five metre margin would adversely impact on many farms, including his, as he had three significant waterways running along his legal boundaries, while another back country waterway would be too impractical to fence.

‘‘That five metres will be a huge cost and it will be challenged by most people I believe.’’

He said Foundation for Arable Research trials showed the first 600m of land filtered about 90% of sediment before it got to waterways.

For every 1000m of waterway fenced 5m back on both sides, that equated to 1ha of land the owner lost.

Another proposal would mean farmers might not be allowed to winter crop on paddocks with slopes greater than 10 degrees, which would remove about half the area that could be cropped in Southland.

On the other hand, the new rules would appeal to overseas consumers of our products who wanted to see more desirable environmental and animal welfare footprints from their suppliers.

‘‘The Government seems to be pushing to have lower production but of a higher value, and there is nothing wrong with that.

‘‘However, export price sets the domestic market price for meat and milk and some of Labour’s most ardent supporters come from [lower income] families, who will be affected by higher prices for essential foods like meat and milk.

‘‘One positive thing about the freshwater plan is that it will certainly preserve high quality soils for agriculture and preserve land use classes 1, 2 and 3 for vegetable and horticulture production and I am supportive of that,’’ he said.