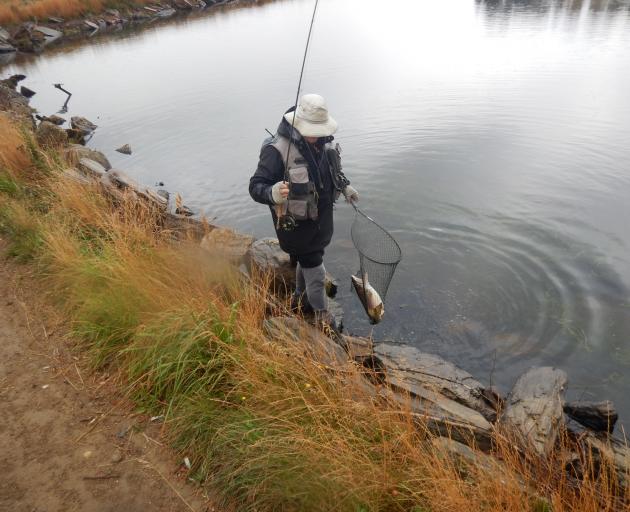 This week, the Mataura and Pomahaka rivers have had their highest flows since I came to New Zealand 39 years ago.

The Pomahaka has dropped rapidly but the Mataura will take a while to get down to a fishable level.

The amazing thing is not the big floods but the fact that some streams rose very little.

The upper Taieri and East and North Otago rivers rose slightly on Wednesday, but are almost back to normal.

Floods such as those this week wreak havoc on the aquatic environment but trout evolved in a flooding environment and have developed survival strategies.

They seek out areas of low flow while the water is high then as the flood recedes, they move back towards the river’s normal channel.

Of course, not all will get it right and some will be left high and dry. Smaller fish may be tumbled in the current and will not survive, and the majority of fish will capitalise on the opportunity to feed on worms and insects washed out by the rising water.

The insects that trout feed on such as mayflies and sedges survive the same way.

I remember fishing the Mataura a few days after a huge flood in April 1986: the paddocks were covered in gravel and the river was still misty.

From mid-morning there was a huge fall of spinners; trout rose to them all over the pool that I was fishing, giving me one of the best bags of fish on spinner I have had on any river.

The afternoon produced a good rise to duns as well.

Murray Smart and I fished the upper Taieri last weekend. It was hot and humid, overcast and threatening rain (which never came to much).

The barometer had dropped dramatically and this is our excuse for catching one 15cm trout each.

We saw very few rises and had only the odd fish follow the fly.

At lunch time we decided to have a look at Blakely’s dam.

It was calm and initially there were no rises.

I went to a favourite spot and covered the water with a pair of damsel fly nymphs, one olive and one orange.

I decided to stay there as I had not seen any other fish.

Eventually, it rose again close in and took as soon as I covered it.

It buried itself in the weeds, but luckily came free and I landed a nice 2.5kg rainbow.

I joined Murray where he had seen a few rises but with no response from the fish.

We moved to the dam wall and Murray was immediately into a fish which turned out to be 2.7kg.

I hooked one as well but the hook pulled out when a loop of line snagged on a rod ring on the first run.

It will still be there this weekend.

"Anglers often wonder how trout survive huge floods. Floods such as those this week wreak havoc on the aquatic environment but trout evolved in a flooding environment and have developed survival strategies."
Adaptation is not evolution and it is not macro evolution because the fish do not become nor are they on the way to becoming anything else but fish. It is an adaptation that allows fish to survive a flooding river environment. This has been a common change through all of recorded history so why use the wrong terminology if you mean something else?