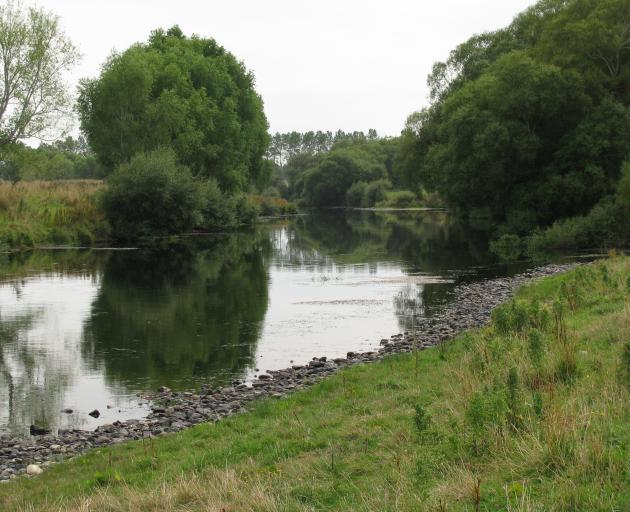 Perfect willow grub water on the Pomahaka River in South Otago. PHOTO: MIKE WEDDELL
Here in the South, we have escaped the worst of the rain that has affected the rest of the country.

Consequently, most of our rivers and streams are still fishable.

The Taieri has been affected the most but only in the lower reaches.

Provided the rain forecast for the end of the week does not amount to much the weekend prospects look good.

For those that like to fish the Mataura it is at its lowest level for some time and should be ideal this weekend.

My picks are the Mataura, Pomahaka and Taieri as far as rivers are concerned and the tussock lake for stillwater fishers.

The warm weather gets terrestrial insects flying and a lot of them fall on these lakes and bring the fish to the surface.

On the rivers the trout are well and truly on to the willow grub as I found out on the Pomahaka this week.

Normally a large low-pressure system as has covered the South Island this week does not bode well for fishing but I believe if you can go fishing go regardless of the conditions so I went.

It was warm and breezy when I started and quite mild.

I strode downstream full of enthusiasm and saw the odd fish rise on the way.

I started at a small back water, a very small backwater, about 4m by 3m.

I have often caught trout there before. Sure enough there was a nice trout feeding there.

It took my hare’s ear nymph first cast and weighed in at just over 1kg.

This rate of success cannot last I thought and I was right but not surprised.

In the next half hour or so I managed to spook a couple of fish before landing another slightly smaller than the first.

The trout started to rise beneath the overhanging willows.

I had on an unweighted size 14 hare’s ear nymph which usually fools them but it did not so I resorted to my willow grub imitation which was ignored even more than the nymph.

The rises were right on the surface so I put in a size 16 cul de canard emerger which was grabbed on the first cast.

As I extracted the hook the fish was spewing willow grubs. The next fish covered was hooked first cast too.

Sometimes fishing defies logic. But order was restored when not another riser would touch the emerger or anything else.

Then I came to another backwater and spotted a fish. After many casts I caught it on the nymph.

Another fish cruised in to view and took straight away but dropped off.

It then lay on the bottom in front of me and I am sure I could see a thought bubble above it with ‘‘I am never going to touch another nymph’’.

Luckily several more fish did not share that sentiment. It was 3.30pm by the time I got back to the car to enjoy a very late lunch.