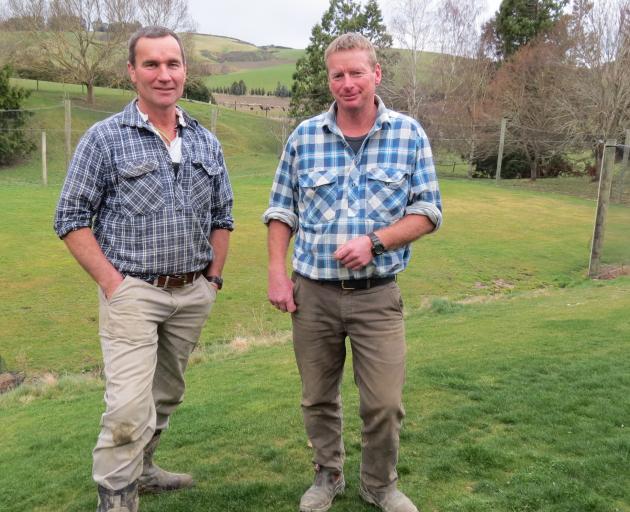 By careful management, both farmers ensure their sheep and cattle are well fed and as sheltered and comfortable as possible during winter break feeding and adverse weather events.

At the same time, by using the same principles, they can also reduce nitrate and sediment loss and enhance water quality on their properties.

Both grow kale, swedes and fodder beet. Both also belong to the Pomahaka Water Care Group and recommend farmers join similar catchment groups, as members benefited from the resources the group provided. 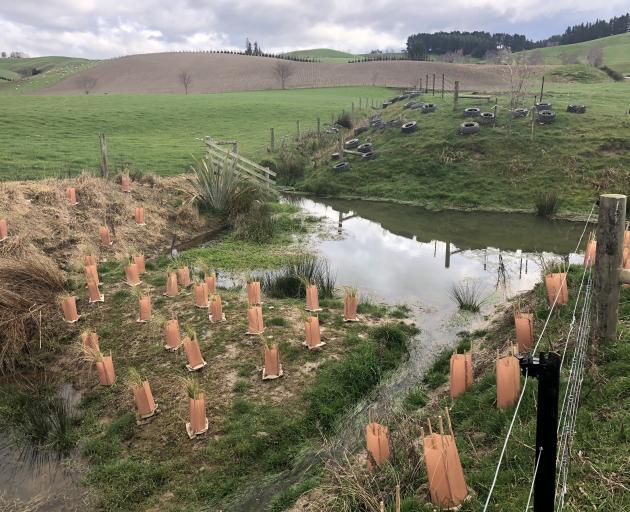 Sediment traps help to limit nitrate and soil loss during winter grazing. Photo: Simon O'Meara
Mr O'Meara said one of the key things was growing the right crop for the right animals and right class of land.

''A lot of it is common sense, which is not so common any more,'' Mr O'Meara said.

That means putting cattle on crop grown on the drier, rockier paddocks, while sheep can be fed on heavier soils.

''Also we want to stop sediment getting into waterways at all costs.''

Portable water troughs were useful as they could be moved as required, which meant cattle did not have to trek any distance and limit soil disturbance.

Buffer zones, including 20m grassed and riparian planted areas were important as they prevented sediment and nutrient losses.

''Talk to your staff and your fertiliser truck and ploughing contractors so they know not to get too close to waterways.'' Mr O'Meara said.

He also has dry paddocks available to stand cattle during particularly bad weather.

''Think about what did or didn't work last winter and what could you change,'' Mr Adam said.

''Sometimes it requires a totally different mindset to what you're used to do.''

He recommended identifying the gullies, hollows and other critical source areas and if possible, fencing them off, when selecting paddocks for next winter's crops.

He suggested direct drilling to reduce the amount of pugging.

''When grazing, start at the top [of sloped paddocks] and work down,'' Mr Adam said.

''You are going to have the wettest part at the bottom, so leave it to last.

''They don't like getting their feet wet and it keeps them out of the creeks.''

He is trialling sediment mesh, similar to windbreak material, which is run across the bottom of a hollow and its lower edge buried, especially if there is any water flow during the winter.

It is an effective means of capturing fine sediment, preventing it from entering waterways.

Mr O'Meara also favoured other forms of sediment traps, including scooping out an existing hollow in a paddock with a front end loader or digger to make a ponding area.

Depending on the size of the catchment, it captures water flow from further up the slope, holds it and allows the fine particles to drop out.