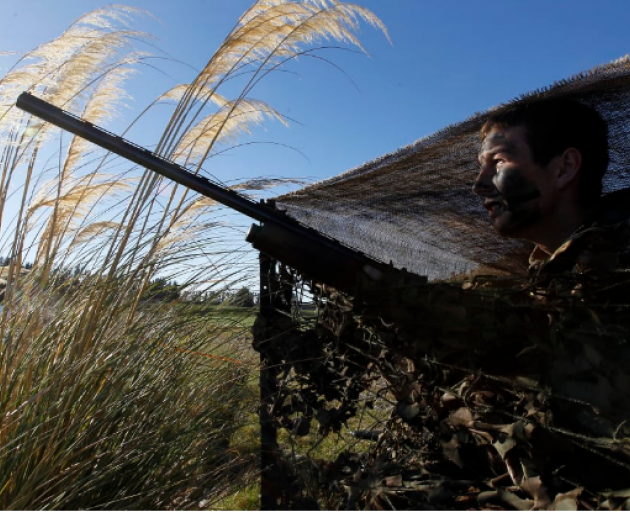 File photo: Fish & Game
Otago police are calling for duck-shooters to take care of themselves, their mates and their firearms, after opening weekend in the area was marred by a tragic death and an incident of unattended guns.

Owaka family man Rikki McCall was killed in what appeared to be a hit-and-run while walking home after spending the opening day of the season duck-shooting.

In another incident loaded firearms were found unattended in a mai mai in North Otago.

Senior Sergeant Anthony Bond said shooters need to remember their responsibilities when it comes to firearms.

"We were working with Fish & Game and travelling together with them. They were checking mai mais in that inland Palmerston area and came across one that had the loaded firearms left out and no one around. So they seized them and there will be an investigation into why that happened."

Alcohol and shooting did not mix, and if people were drinking they should plan travel ahead of time, Bond said.

"In the rural areas travelling to the bars can be quite some distance and taxis are limited. Hopefully there's some courtesy vans on but remember not to drink and drive. Police will be around breath-testing. But if you're drinking and you've got a gun around that can be a very lethal combination."

Duck-shooters should plan ahead when it came to travel.

"Use the courtesy vans, have a sober driver to get you to and from the pub, and that way your weekend will be memorable for all the right reasons."