Crispy duck is in the futures of Daniel Fleming (left) from Berwick and Neville Knight (Invercargill) who carry a barbecue as they head home after a successful duck-shooting opening weekend on the Taieri. PHOTO: STEPHEN JAQUIERY.
Duck will be on the menu for dinner tables across the South as duck-shooting season got under way on Saturday. 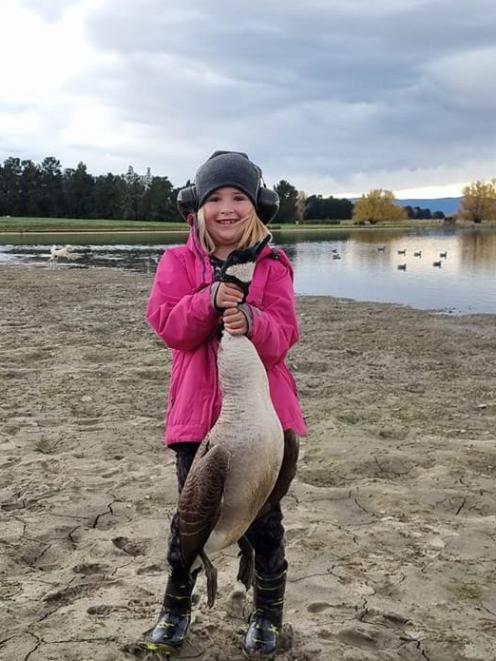 Young hunter Piper Gibb-Jeffery (6), of Dunedin, with a Canada goose on her first opening day in Omakau. PHOTO: CODY JEFFERY.
Fine weather and light winds on Saturday helped many ducks evade the waiting shotguns, but the onset of wet conditions on Sunday swung conditions back in favour of the hunters.

Hunter Michael Bonney, who was shooting on Lake Tuakitoto, near Kaitangata, said his family had been hunting on the lake for six generations, and would pitch in together plucking and preparing the birds before dividing the bag among whanau, friends and neighbours.

"It’s more than shooting, it’s hunting. You spend years understanding how the game behaves and if you don’t have a strategy, you’ll be lucky to have any ducks to shoot at."

"I like Peking duck," another hunter, Terry Wilson, said.

"Nothing is wasted. Cure it like bacon or salami, pate, pies ... you can tie the feathers into trout flies. With food prices the way they are it’s good to know older family and ones with kids have got something in the freezer."

Fish & Game officer Bruce Quirey said many harvests on opening day had been light to average, and had been dominated by paradise shelducks. 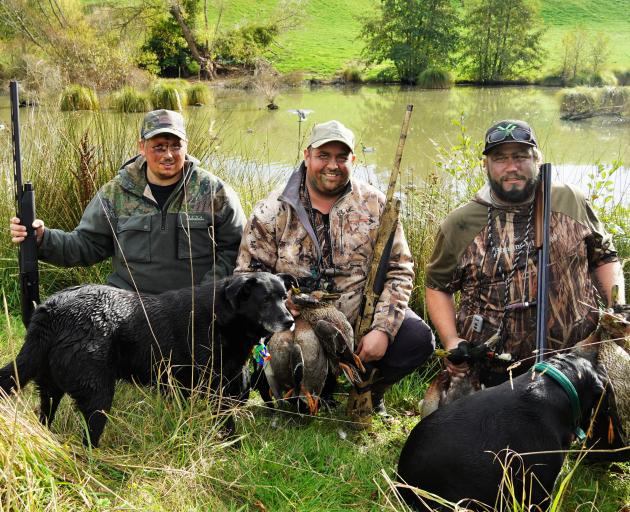 Duck-shooters (from left) Craig Hayward, of Mosgiel, and brothers James Mason, of Winton, and Michael Mason, of Milton, bagged a feed of mallards at Ashley Downs, in South Otago, on Saturday. PHOTO: IAN HADLAND, OTAGO FISH & GAME.
"As always, there were notable exceptions as some hunters on rivers and large ponds bagged their limit of mallards."

There were over 4000 licensed hunters taking part in the opening weekend, some of whom had travelled from as far away as Perth, Australia.

Fish & Game rangers patrolled across the province on opening day, in some cases with support from the police, and 95% of hunters had been found to be in compliance with the regulations.

"However, we’re also disappointed in a small number of hunters who have let others down," Mr Quirey said. 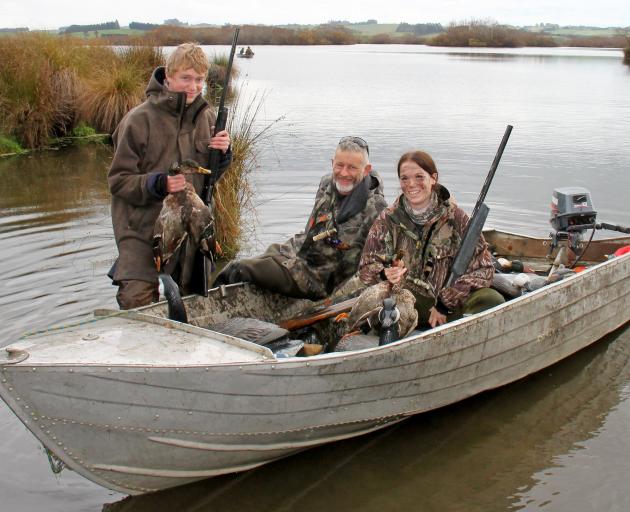 Two hunters had their guns taken for leaving shotguns unattended in a mai mai and for shooting with lead near water.

Two other hunters had their guns seized and received infringement notices for hunting without game bird licences. 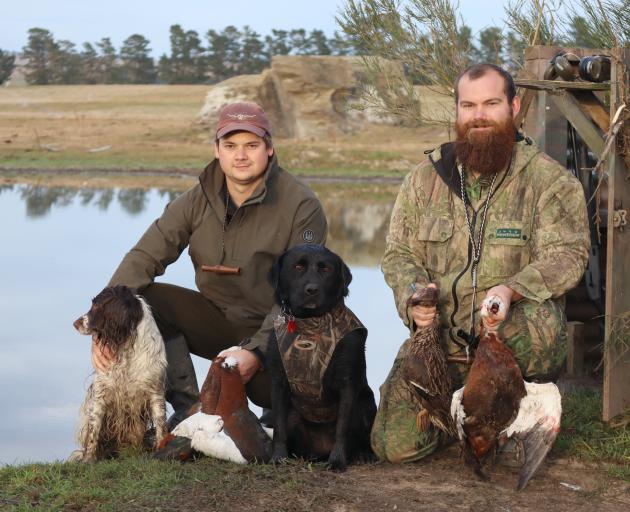 Opening day was a success for duck-shooters Jake McDonald (left) and Ben Beck, both of Dunedin, with springer Spaniel Miley and Labrador Pip at a mai mai at Sutton on Saturday. PHOTO: BRUCE QUIREY, OTAGO FISH & GAME.
Looking ahead, forecast rain for Monday and Tuesday was good news for hunters, as conditions would encourage birds to move about and fly low.

The season for mallard, grey and shoveller ducks, and in some areas black swans, continues for the next three months.