A petition has been launched this week seeking a rewrite of the controversial new freshwater rules.

It has been organised by Groundswell NZ, a new group which stemmed from a tractor trek in Gore in October expressing farmers’ feelings about the regulations.

The petition requested the House of Representatives to urge the Government to review and amend the national policy statement for freshwater management to ensure it was based on science and best practice for each catchment and farm, and did not require farmers to sow on specific dates. Mandatory sowing dates would compromise health and safety and stress mental health, Mr Paterson said.

Mr Paterson, who was made an Officer of the New Zealand Order of Merit in the 2017 New Year Honours for services to the beef industry, said there were aspects of the regulations, including paddock slope, which had not been addressed in the petition, due to a letter limit, but it was hoped there would be a chance to raise those issues.

Once the petition was presented, it would go to a select committee and then to Parliament for discussion — "that’s really what we want".

"We want to get people talking about the fact these things are unworkable. Hopefully we’ll get the message across and some changes are made."

The petition closed on December 21 and Mr Paterson expected it would be presented to Parliament when it reopened next year. 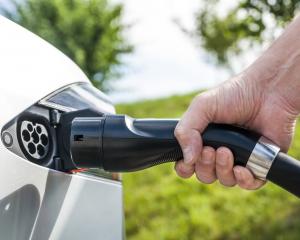 Farming is the biggest driver of biodiversity loss and produces significant greenhouse gas emissions and water pollution. What we really need is for the government to stop trying to fix the symptoms of environmentally damaging farming practices and instead tackle the cause. Too many grazing animals on wrong type of land!

So wrong on so many counts. Of course we could ban farming and live off tussock grass, not sure what we do for protein though, eat all the rats and possums? Farmer bashing is the sport of failed environmentalists with no knowledge of the real world.

David it is you who is wrong on so many counts. I said nothing of banning farming, animals are not the only source of protein, I do have knowledge of the real world including many years farming and I am not farmer bashing, many farmers to a great job.