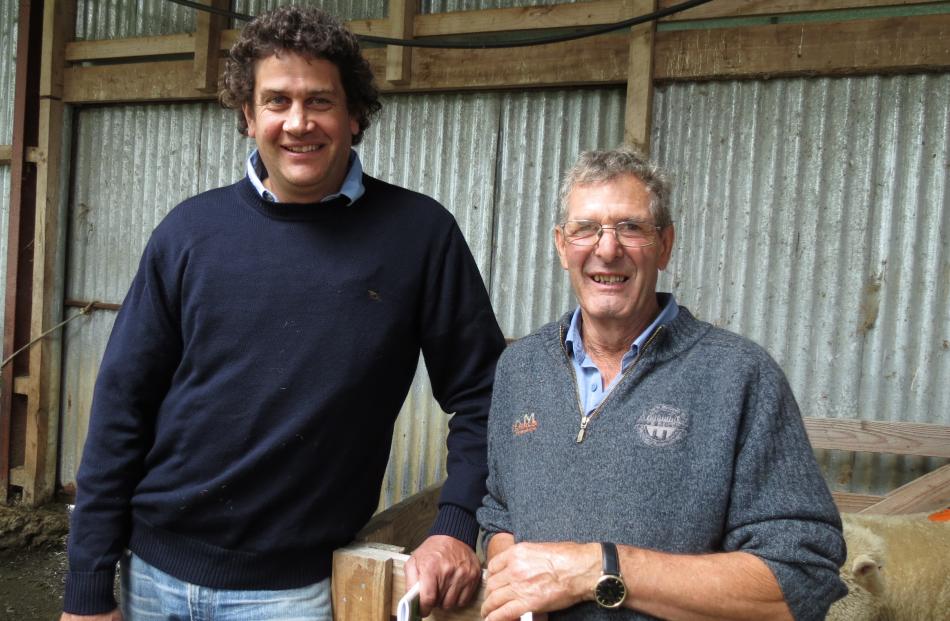 Checking out the rams are Andrew Mitchell, of Mataura (left), and Allan Paterson, of Armidale, Gimmberburn. Photos: Yvonne O'Hara 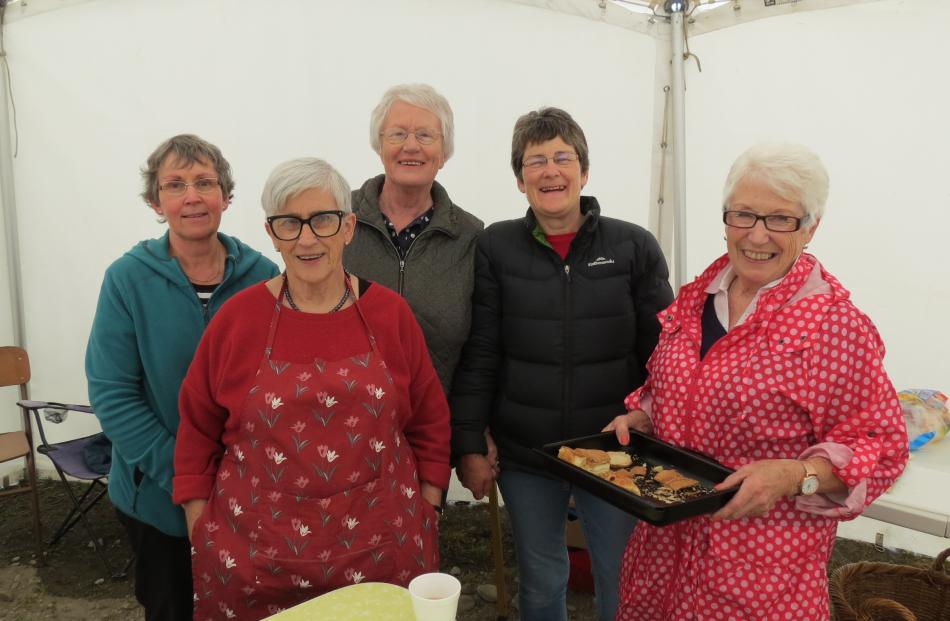 Members of the Waikaka Valley Rural Women New Zealand branch (from left) Janice Craigie, of Knapdale, Pat Childs, of Waikaka, Doris McCall, of Charlton, Colleen Moir, of Gore, and Jeanette McIntyre, of Waikaka Valley, help with catering at the... 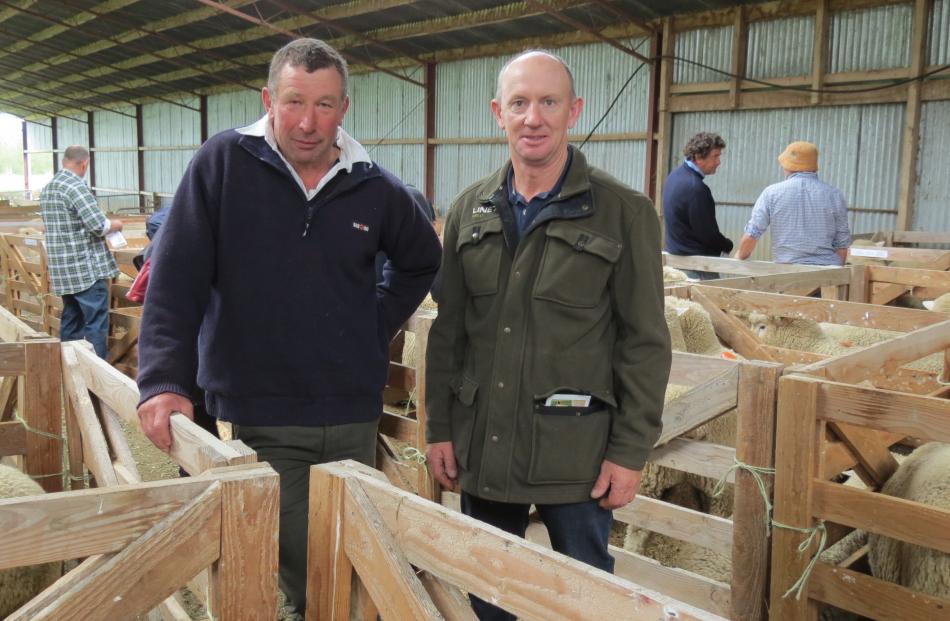 Visitors from North Otago (from left) Martin Parsons and Ross Nimmo look at Romney and Southdown rams on sale at the Merrydowns stud.

Although it is only a couple of weeks into the Otago and Southland ram sales season, early indicators are the numbers are looking good for buyers and sellers.

Blair and Sally Robertson, of Merrydowns Romney and Southdown Stud, and the Otago Southland Coopworth sale in Gore were some of the first off the auction block last week. 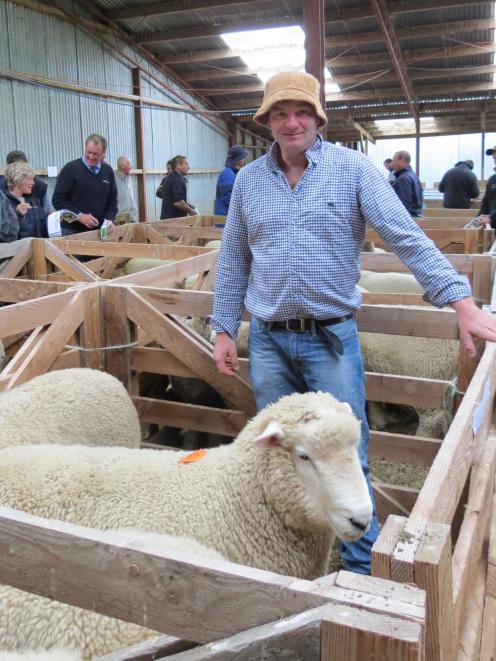 Fourth-generation stud sheep breeder Blair Robertson, from the Merrydowns stud at Waikoikoi, enjoyed a strong on-farm sale in West Otago last week for a catalogue of 229 Romney and Southdown rams. Photos: Yvonne O'Hara
‘‘However, indicators are showing it will be strong,’’ Mr McDonald said.

‘‘The rams are good quality, with good performance and are well sought after.

The top priced Coopworth ram at the Gore sale last week was sold by George and Fraser Fletcher for $2300 and the average price was $1425.

‘‘They are good rams that ticked the boxes and people have the confidence to pay the money.’’

Carrfields livestock agent Roger Keach said while it was early in the ram sale season for Southland and Otago, a record was set for a Dorset Down ram in Cheviot last week.

‘‘It was offered by Colin Smith, of Bankhead Stud, Rangiora, and bought by Ian Stevenson, of The Gums Partnership, of Cheviot, for $17,500,’’ Mr Keach said.

A top price of $8500 was achieved at the Merrydowns Romney and Southdown ram sale last week.

Mr Robertson was pleased with the prices at the 11th on-farm sale at Waikoikoi last Tuesday. 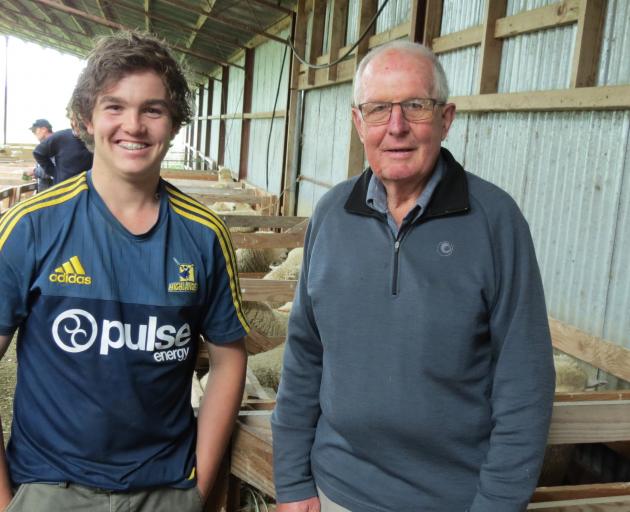 Jack Robertson (left), of Merrydowns stud, chats with Trevor McCall, of Charlton.
‘‘It was a successful sale.

‘‘He was a very good quality ram, well balanced, with beautiful wool and good performance data.’’

The price received compared favourably with last year’s top selling ram, a Southdown, which sold for $7000.

There were 70-80 buyers registered, which was on par with previous years, and 85 Southdown rams and 144 Romney rams offered.

The Gore Ram Fair will be held at the Gore showgrounds on January 21 and 22.