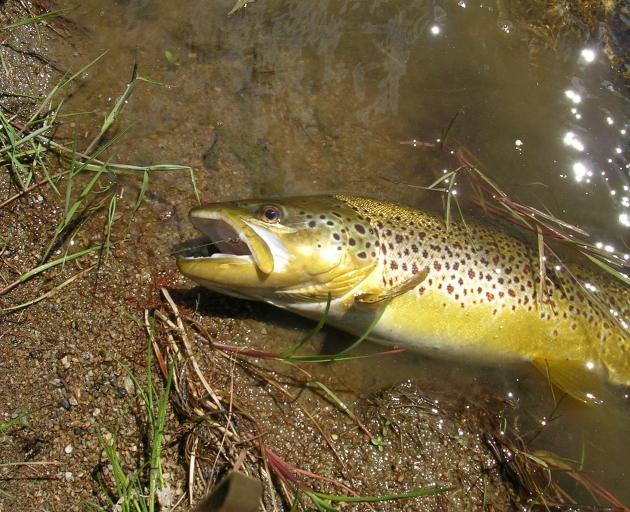 A willow grub-feeding trout caught in the lower Taieri River.PHOTOS: MIKE WEDDELL
The small amount of rain that we have had this week should not have harmed the fishing prospects but it only takes a thunderstorm somewhere to wipe out local streams for a day or two.

However, on the positive side, rain has helped to keep water temperatures within the ideal range — the mid-teens. In fact, cooler days are likely to be better than hotter days as the cooler air comes from the southwest due to atmospheric pressure rising.

If you have limited opportunities to fish over the holiday period, try to pick a day with rising to steady high pressure, as this is when fish feed the most. If you are not restricted by your holiday location, ideal waters at the moment are the Pomahaka and Taieri Rivers, but others worth a look are the Manuherikia, anywhere on the Clutha, Waipahi and Mataura. 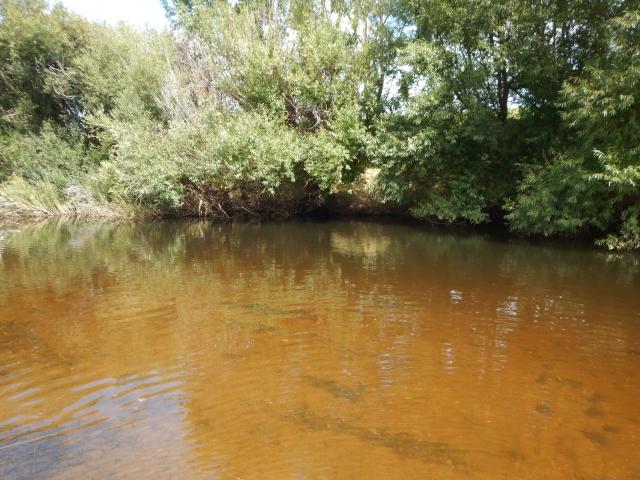 Because of the recent warm days, the trout have been feasting on willow grub, which rain down on the water throughout the day. Also, green beetles appear at this time of year, although they are often called manuka beetles. They can be found far from manuka on waters such as the Loganburn Dam, Lake Onslow and Poolburn Dam. Make sure you carry suitable imitations in your fly box.

If, by chance, there is a warm and calm evening, try to get out on the water as insect hatches — and the resulting rise to them — should not be missed. The most likely hatches on rivers are sedges and mayfly duns. There could also be a fall of mayfly spinners as they return to lay their eggs.

On stillwaters, there could be sedges, as well as midges. And remember: fish the edge before you wade in as fish come right into the shallows as the light fades.

I had an outing on the Taieri at the end of last week and found fish, as expected, on the willow grub.

The first few I found were under the overhanging willows on the far side of the river, but the Taieri is so low at the moment it is easy to wade within range of these risers. That was the easy bit. The hard bit, at least to start with, was getting any to take the fly.

I used a size 14 hare’s ear nymph and eventually caught one fish, then another, but there were several that would not even look at it, so I resorted to a willow grub imitation — essentially some yellow thread wrapped round a size 16 hook. It worked well for the first that I covered with it but not a thing after that, so I swapped back to the hare’s ear and caught one.

One of the pleasing things about willow grub fishing is that big fish come to the surface to feed on them and three of the fish I caught were over 2kg.