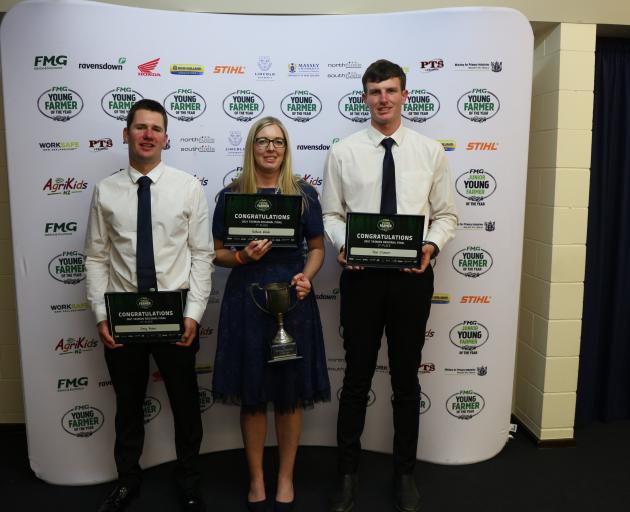 Winning the FMG Young Farmer of the Year Tasman regional final held at the Malvern A&P Show at the end of March, the Christchurch City Young Farmers Club member qualified for this year’s grand final in Christchurch in July.

"When I was at school, going to Lincoln to do a degree was a bit left-field. I was into science at school and all I could visualise myself doing was working in a lab," she said.

After being named dux at Timaru Girls’ High School in 2008, Dr Woods turned down a scholarship to attend the University of Canterbury and decided to enrol at Lincoln University. 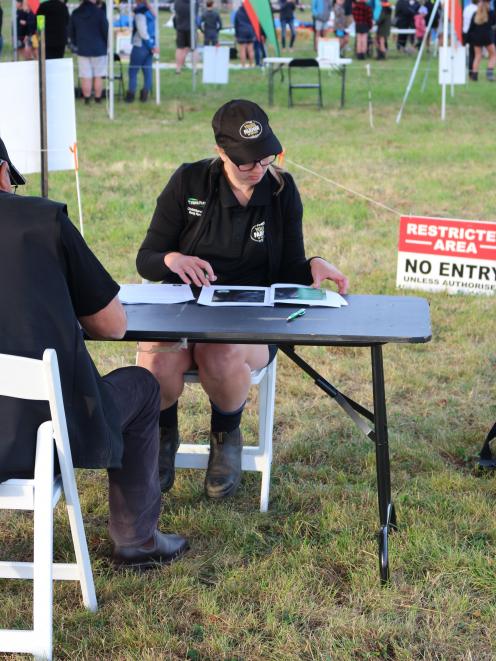 Roshean Woods says her strength is in the theory modules.PHOTO: NEW ZEALAND YOUNG FARMERS
"The Lincoln University liaison officer and someone from DairyNZ came to my school and talked about there being jobs in the rural sector, not just on-farm but in the scientific research and environmental research space.

"They said farmers were needing good science to help with future challenges, particularly relating to the environment, and it was kind of like the penny dropped."

With her passion for science, the outdoors and the environment, going to Lincoln University to prepare for a career in the agricultural sector proved to be the perfect match.

Now a farm systems scientist at DairyNZ and with a PhD from Lincoln University, Dr Woods spends her days working with commercial farms, farmers and data and writing up the results for scientific papers.

For her PhD she studied nitrate leaching from agricultural systems, looking at different forages and how they helped to reduce leaching.

"It was a huge project led by DairyNZ, with six PhD students involved. I looked at plantain and how it could help reduce nitrate leaching."

In particular, she studied a cultivar of plantain, which is now known as ecotain.

"They quite often reference my work when they are making reference to ecotain."

Given this background it was no surprise she scored well in the theory sections during the regional final, but Dr Woods was surprised by how well she performed in the practical modules.

She took home the prizes in three of the four "strainers" — food, people and environment, as well as the exam prize, while fellow Lincoln University graduate Peter O’Connor took out the innovation and technology "strainer".

One module was building a 1m tall planter box from the materials provided.

"I don’t use tools in my day job, but I decided to go with a simple design and it was still standing at the end of it and some of the others weren’t."

Having competed in seven district contests, Dr Woods said she had picked up a thing or two.

"When I entered the district contest it was as a learning experience, just like the other six times. I perhaps underestimated myself.

"I probably got dead last in the first two district contests, but I didn’t care. I was the girl from town who just wanted to learn. It’s all about character building and facing your fears."

After Georgie Lindsay won the Tasman region final in 2019 and last year’s regional final was cancelled due to Covid-19, Dr Woods was aware she was a role model for other young women.

"That’s two women in a row, so that’s pretty exciting. But no female has won the grand final, so I will give it my best shot — as long as it doesn’t rely too much on muscle."

Just in case, Dr Woods will be brushing up on her practical skills ahead of the grand final.