‘We’ve been given a real wake-up call’ 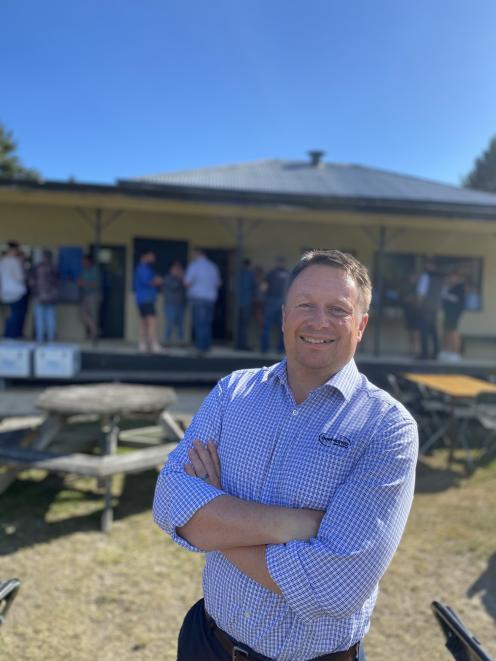 Will Halliday. PHOTO: SUPPLIED
Will Halliday says he acts much the same as a farmer on a drafting gate when new proposals and ideas come across his desk.

"In terms of biosecurity and animal welfare, there is a lot to keep ahead of when it comes to New Zealand’s sheep and beef industry. The expectations of our trade partners are very high. For me it’s keeping an eye on the horizon and making sure the demands and regulations put forward are achievable in real world situations."

Part of the "drafting" process involves consultation with the
B+LNZ farmer councils.

"Talking to our people on the ground that are actually out there doing it and discussing what will work and what won’t."

Making sure that any regulation that comes into force is achievable "not just on paper" but at the coalface too, he said.

Attending the Kick 2020 to Touch event last week, at which Will Halliday was speaking, were, from left, George Hope, of Middlemarch, Garth Mitchell, of Dunedin, Donald Ramsey, Alistair Hope and Brent McKenzie, all of Middlemarch.

Dr Halliday, who is based in the B+LNZ offices in Wellington was speaking to Southern Rural Life last week at Middlemarch’s end of year ‘‘Kick 2020 to Touch’’ B+LNZ event.

"I saw it as a good opportunity to come down, connect with farmers face to face and show that we are not just sitting up there in our ivory tower, pushing a pen around," he said.

Born and raised on a sheep and beef farm in Hawke’s Bay, Dr Halliday is a veterinarian and also has a degree in forestry science. He worked as a vet for six years in Gisborne, followed by three years with the Ministry for Primary Industries, and has been in his current role for two years.

The role was created by
B+LNZ to ensure farmers had consistent, considered and common-sense advice that would ultimately result in New Zealand sheep and beef exports continuing to deliver not only a safe and traceable product, but having also been farmed with the animal’s welfare at the fore.

"We live in a digital age where not only the eyes of the public are upon us, but also the eyes of our trading partners.

"We have got to keep ahead of the game and cement our place as world leaders in animal welfare so we can continue to demand a premium for our product in what is a very competitive trading environment." 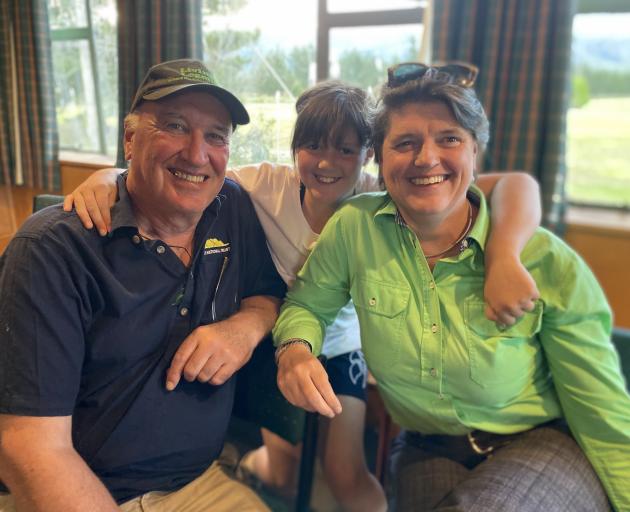 At the meeting were Robin Thomas, of Berwick, and Alice (11) and Carmen Hope, of Middlemarch.

Farmers can sometimes feel barraged by regulations, but any improvements in animal welfare standards will help products attract a premium "and it’s got to be better for the animals at a grassroots level too", he said.

Mycoplasma bovis and latterly Covid-19 had heightened peoples’ awareness of how important safe and traceable food products were to the country’s economy, and Dr Halliday’s farmer workshops around these topics have been met with overwhelming positivity.

"We’ve been given a real wake-up call and people can see a very real and tangible value in getting on board." 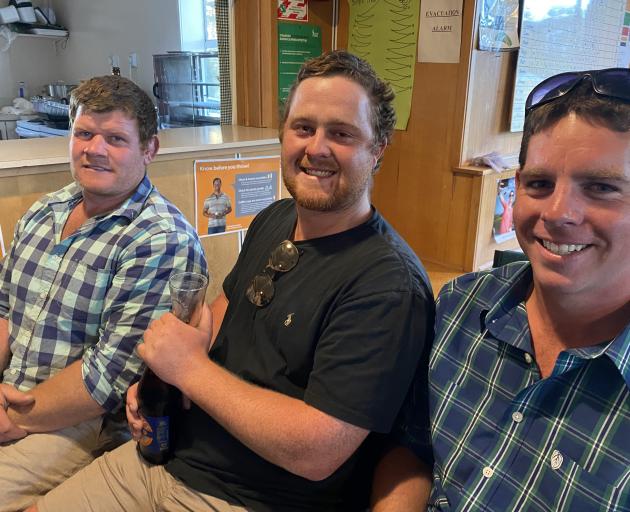 Catching up at the meeting were, from left, Jim Stevenson, Nick Drummond and ET Turner all of Middlemarch.

There are different expectations from multiple stakeholders that come into play.

"The expectation of the consumer, the public, the Government or other regulator and then what is required of the farmer. My job is about pulling it all together and coming up with an outcome that will work. But you can never make everyone happy and that’s the never-ending challenge," he said.