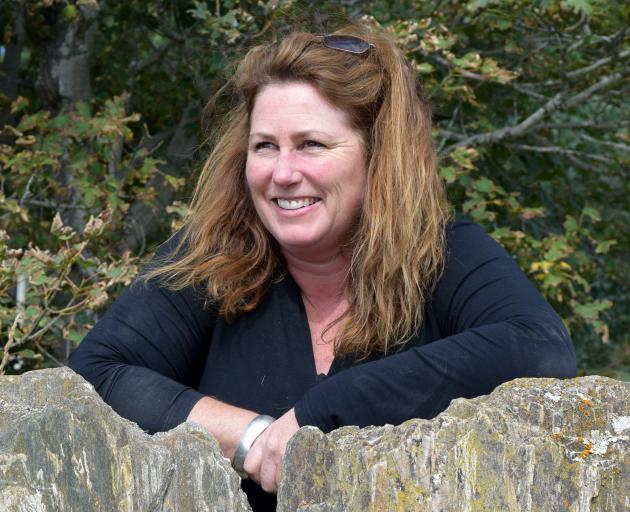 Strath Taieri sheep and beef farmer Lynnore Templeton is hopeful for more rain in the valley. PHOTO: SHAWN MCAVINUE
A nearly 140mm downpour on a Strath Taieri farm was a "game-changer" but more rain is needed, a farmer says.

Lynnore and Andrew Templeton own and operate The Rocks Station — a 5200ha sheep and beef property near Middlemarch.

Consequently, the station had a lot more stock than usual to feed over winter.

As the farm was much drier than usual last year, it impacted on the amount of feed available and lamb weights.

Normal annual rainfall on the farm was about 450mm but last year, only slightly more than half of that fell.

This year got off to a wet start.

The 137mm of rainfall in three days in the new year was a "welcome" relief.

Flooding had damaged some properties in the district, which had been "tough" for the community but it had assisted clover growth and boosted lamb weights.

About 4000 lambs had been sent to the meatworks this year.

The rain had been "awesome" for the contractors making silage and baleage in the district.

"It’s been really good for the community."

The farm was well stocked for feed this winter, she said.

However, the heavy rain last month had been absorbed by the soil and dam levels needed to be higher.