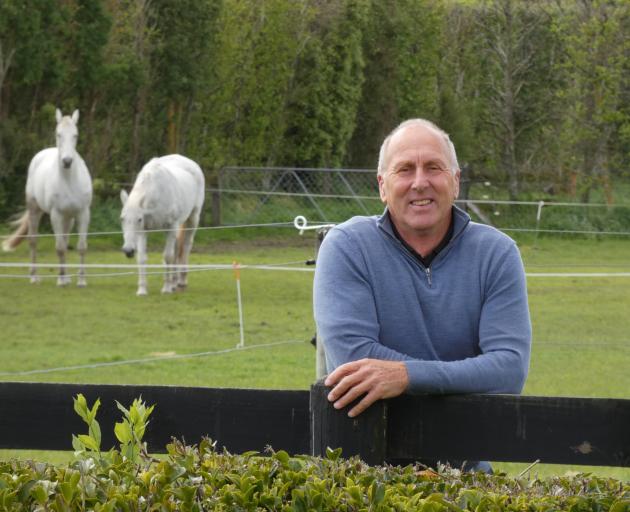 Nick Pyke is the new chairman of Agmardt.
Nick Pyke is not a great fan of being on agriculture’s centre stage, but will step into the limelight for a good cause, writes Tim Cronshaw.

The son of two veterinarian parents grew up on a small sheep and beef farm in the King Country. This supported a Coopworth and horse stud, and when his father wanted to make use of a few farm buildings he filled them up with ferrets.

It was a fleeting distraction.

Mr Pyke says they can laugh now, but it should have been obvious that the fur trade was on the way out.

‘‘That was one of those hypes at the times of alpacas and all those things that were going to make farmers lots of money. It didn’t last. The lesson was start from the market and that market wasn’t defined. Somebody said there was a market for fur and that was in the late 1970s and early 1980s when there wasn’t a market because fur wasn’t seen as ethical.’’

Mr Pyke says he put his hand up to lead Agmardt because he thinks it can make a difference in the agri-food and fibre industry.

Unlike many other funders, the Agricultural and Marketing Research and Development Trust is willing to invest in higher risk initiatives and get money to projects faster.

Agmardt’s main thrust is in innovation, leadership and in-market projects.

The not-for-profit trust was an early funder of sheep milking before other backers arrived. More recently, Cropsy has been in the spotlight for using cameras in vineyards to reduce chemical spraying to only where it is needed.

Mr Pyke says they are working to develop less of a back role for the trust, as its work can go under the radar.

There’s a risk of becoming too public-facing and being swamped with applications so it’s a matter of getting the balance right to attract the best, he says.

‘‘We don’t want to be in a position where we are not well enough known that we’ve got surplus money, but we do want to make sure we get really good applications.’’

The trust was set up by the Government in 1987 with funds of $32million, which has grown to about $100million, and boosted lately by a booming sharemarket. That generates in the order of $5million each year to invest in grants.

He has only high praise for the businessman, investor, and adviser for large-scale farming operations, who is the chairman of Headwaters NZ and AbacusBio.

‘‘He’s phenomenal, so entrepreneurial, so innovative in his thinking and he’s so clear and concise and can cut through the ... [nonsense] to get the outcomes you need. He works a lot with businesses that make a difference which don’t shout out the fact they’re making a difference.’’

Pyke accepts he has big shoes to fill, but he’s no slug himself when it comes to agricultural credentials.

After a half-hearted attempt at becoming a vet, he stayed on at Massey University to get a Masters degree in plant science.

The founder and director of Ag Innovate and Leftfield Innovation has governance experience with agricultural businesses, farms and industry good organisations. He was the founding chief executive of the Foundation of Arable Research (FAR) and continued to lead it for more than 20 years.

Before that, he had a scientific career with MAF, DSIR, HortResearch, and for Agriculture Canada looked into the feasibility of growing kiwifruit on Vancouver Island.

Today, he sits on boards for Cropmark, a distillery and a farm, and mentors a discussion group of nine young Darfield farmers.

He’s also helping to develop a research and development programme for Carrfields, a fast-moving company based in Mid Canterbury.

For Leftfield Innovation he’s on a team of six, working towards the lofty goal of diversifying 100,000 hectares for more sustainable land use. They go to the market first to see if new crops have value and work back to growing on the land.

A success story has been growing buckwheat in Canterbury for a Japanese company supplying fresh soba noodles to 7-Eleven stores. Only 50ha are in the crop so far, but the 90-day crop is a good earner for growers.

On top of all this, he acts as a sounding board on sustainability issues for Boring, a newcomer in the oat milk market.

Mr Pyke isn’t daunted by this workload or the extra demands of a new chairmanship.

At this stage of his career, he says he can afford to pick and choose ‘‘exciting’’roles.

‘‘If you were passionate about governance you wouldn’t be at Agmardt because the remuneration is a pittance compared with a major multinational, but the ability to make a difference is probably larger so that’s a driver.’’

On the horizon, he can see more pressure going on big, intensive mono-farms, which haven’t used the land in the best manner possible. In Europe there’s already a movement towards diversifying.

Mr Pyke sees the day when stony parts of dairy farms go into conservation plantings for carbon credits and the best productive areas are reserved for high-quality vegetables.

This needs to be market-led, with farmers forming partnerships or sharing labour to make it work.

Mr Pyke says customers will drive this out — insisting on healthy, ethical and environmentally sustainable foods.

Agri-food is an ever-evolving challenge, and needs to be ahead of changes as best it can, he says.

To that extent, the trust has already started a group of food and fibre challenges to be more proactive than reactive. The first sustainability challenge tackled reducing bobby calf numbers in dairying and two proposals for carbon have successfully gained funding.

Future investments might be for opportunities or gaps in the new food space or climate change.

Agmardt also supports programmes like Nuffield and Kellogg — as well as its own scholarships — to help young people gain leadership skills.

Those people might never become the chief executive of the nation’s largest company and that is OK.

All they have to do is step up, take things forward and bring other people along with them, he says.

‘‘You could say Richard Green has all the leadership stuff, but he doesn’t want to be a leader, as such, but he has everything you would follow and we need more of those type of people.’’

In the background of all of this will be Mr Pyke, content mostly to be a faceless leader.

‘‘I don’t want to put my print on it, I just want to see it do things for New Zealand agri-food and I guess that is my print — to do things that will really make a difference.’’