It's OK to not be OK: Farmer 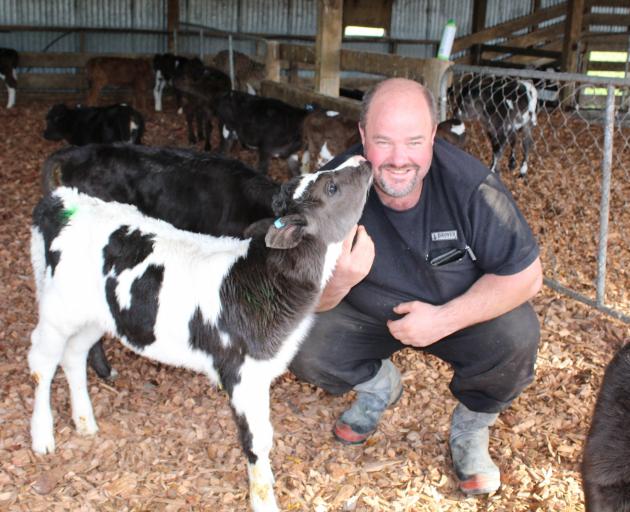 The self-proclaimed ''stereotypical Southern man'' is now sharing his story in the hopes other farmers know ''it's OK to not be OK''.

''Most of the time it's too late. It just so happens I got the right person on the right day that talked me down off that cliff.

''I want to put myself out there because I want other people in the agricultural sector to know there is help out there.''

Days of constant rain late last year had drowned the Lumsden farmer's property. It was so wet, he could have grown rice through two-thirds of it, he said

''It's a constant stress and a constant pressure when you're in a farming environment that your stock are suffering or unhappy, your staff are not happy, you're looking at people driving by and wondering what they're thinking or looking at, and we're working long hours and highly strung-out.''

As a boss, certain times of year involved many long days, little to no time off, and many sleepless nights, he said.

''Now in calving season, I have to regularly check on the cows throughout the day and I go out twice in the night to check because they might need help and I don't sleep.''

All of which, plus past trauma from surviving the 2011 Christchurch earthquake, two car crashes, and his wife Sandy finding tumours on her lungs, led to the day he ''snapped'', he said.

''It's hard to talk about and to comprehend I even went that far, but I had no control.''

It was only then did he get the help he did not know was out there, he said.

''I hid from everyone for a long time because I was so ashamed, but the people who came to visit me expressed their own stories, some had lost their children to suicide and I didn't even know.''

Now attending regular therapy sessions and working with his doctor to find the right medication, he was on his way to getting back on his feet, he said.

''I still have bad days, but talking about it is the key for me. If my situation can help one or two other people I'll be happy.''

A member of the newly established group ''Ag Proud NZ'', Mr Herrick wanted to use his experience to raise awareness about the pressures associated with the agricultural industry, and to promote ''positive practices'' within it.

What a story - how great it is to share for it has impact. How nice too, to show a farmer relating to the life that is in his care, his stock. Farming, farmers please promote ''positive practices'' within it, that means to people, staff, families, "The farmer" but also the stock, the land. Farming is more than just a business enterprise. it is the welfare of an ecosystem, people, farming communites and environmental. Sometime farming is just seen as economic means to an end. Wrong end.